Sanctions: A Wrecking Ball In A Global Economy

‘So They Can See Us’: Peru’s National Protest Advances To Lima

The US Continues Escalating In Ukraine

Nostalgia For The Cuban Missile Crisis

Nicaragua Is Run By Women With A Revolutionary Feminism

CELAC 2023-Latin American Integration Includes The Voices Of The People

Building A Global People's Movement To End US Imperialism

Above Photo: An ambulance worker sticks a cardboard sign on an ambulance as he takes part in a rally at a picket line outside the Docklands Emergency Operating Centre, Newham Dockside, in London on January 23, 2023. – Thousands of ambulance workers held another strike across England and Wales on January 23, 2023, in escalating industrial action as unions called the government to hold talks on improving pay and conditions. Ambulance workers began strike action on December 21 last year and further dates are planned for February. Daniel Leal / AFP via Getty Images.

As the costs of fuel, rent, and everyday necessities mount under Rishi Sunak’s government, ambulance drivers prepare to strike in February alongside nurses and workers from other sectors.

Spiking inflation is generating a global cost of living crisis, and Britain is no exception. As workers across industries hit the picket lines to denounce privatization and demand action from the Tory government to raise wages, ambulance workers are now joining the fray—with a major strike action planned later in February. TRNN speaks directly with ambulance drivers and emergency medical personnel who say their real wages are falling as Downing Street’s schemes to further privatize the National Health Service only continue. This video is part of a special Workers of the World series on the cost of living crisis in Europe.

This story, with the support of the Bertha Foundation, is part of The Real News Network’s Workers of the World series, telling the stories of workers around the globe building collective power and redefining the future of work on their own terms.

Narration: Amongst the soaring cost of living crisis in the UK, ambulance workers across England have gone on strike in an ongoing dispute over pay.

Ambulance worker 1: If anyone could caption this, this scene right now, with one word: solidarity. Full stop.

Ambulance worker 2: The government can see that we are all in need. Not just one of us, you know, not just two of us. All of us are in need. Again, it’s not really about just pay.

Ambulance worker 3: Ambulance, paramedics, technicians. UNISON members set up picket lines, ambulance, paramedics, technicians. All the staff here, even control, have decided to come out and strike, because nobody is listening to what we are actually experiencing at work at the moment. We haven’t got enough  staff to man the vehicles. Which means the public aren’t getting the service that they deserve. We’re not being treated fairly by the government. Nobody’s listening to what we’re actually asking for.

Ambulance worker 4: I think people talk about the NHS being on the brink of collapse, and I think we’re past that. I think it has collapsed already. Currently we’re seeing hundreds and hundreds of calls, waiting pan-London with no ambulances to send. Patients are waiting hours and hours. When we arrive that they’re dying or dead already. It’s absolutely heartbreaking.

Ambulance worker 5: By having better pay we would be… We would be able to keep staff retention. A little bit better at the moment, we’re losing a lot of staff, because of the financial crisis that’s going on.

Narrator: Many ambulance workers within the NHS and inside the union, see their current salary as incompatible with the costs of rent, fuel and food in the UK right now.

Ambulance worker 5: We have people, that are earning say, £13 an hour. And they’re doing life saving… Life and death jobs. And you have people that work in a coffee shop. They’re on £13 an hour. Why would you stay in a very stressful job when you’re not appreciated, when you could do something else?

Ambulance worker 6: The 20 years I’ve been in the ambulance service and, essentially my money has been worth less year on year. Which, you know, is not ideal. I feel like 20 years service, that sort of loyalty needs to be, it should be rewarded. My money should be at least worth the same as it was last year. An inflation level rise is the bare minimum I feel like we deserve.

Ambulance worker 1: We’re just so busy all the time. It’s like constant. On an average of a five hour shift, which is six jobs, maybe seven sometimes. If they’re easy jobs to turn around quickly. But then you’re out. If they’re easy jobs to turn around quickly and then you’re out and then you’re out. Back to another job. Back to back to back. Or you’re standing in hospital queues. Patients and the public are getting frustrated at us. People just can be quite horrible. I’ve been assaulted, sexually assaulted, all sorts of things in my career.

Ambulance worker 3: Compared to when I joined 33 years ago, I’m absolutely, well devastated, really, about how the service has become now. It’s a job that I’m really proud to do. And it’s a job now that I feel I can’t do to the best of my ability, because we haven’t got the resources, we haven’t got the staff to take some of the strain of us. It is constant. You know, you don’t get the time to let down. Work life balance is all work and no home life now.

Ambulance worker 1: I mean, a lot of people now, a lot of ambulance workers, they’re actually leaving a lot earlier than they used to. Years ago, most people would stay and have a career, in the ambulance service for up to 7-8 years, maybe even longer. And now, people are only lasting about a year or two.

Narration: The strikes come at a time of unprecedented trade union action across the UK, with multiple labor disputes disrupting public services, in what many are calling the new winter of discontent.

Ambulance worker 5: Me and my partner, who also works for the ambulance service, have a young child, so she’s at the moment down to part-time and bills are going up, mortgage rates are going up, food rates are going up. So the the way it affects you, is the real world pay cut that we are having. When we might not have had a technical pay cut, but because of the inflation our money goes less. So, we can’t afford as much. We’re quite lucky we are both working. And we are very fortunate in that way. I do know people that are more affected than me. People having to use food banks and things like that. At the moment I’m not there, but, if inflation continues to rise, food bills go up, the energy crisis goes up further. Then yeah… our food allowance is dwindling at the moment and we’ve got a family to feed, as have so many people in the country at the moment.

Ambulance worker 6: Well, I’m more worried about the NHS because I feel that this government, is idealistically against the NHS. And they have during my lifetime, certainly, this government, the Conservative government, have, the classic playbook, have underfunded, denigrated and privatized sections of the NHS over and over again. So I’m concerned because I feel that if that pattern continues, we are going to end up with some kind of insurance based health system. Which most of us won’t be able to afford. I think a lot of us don’t maybe realize the costs involved in just having a baby, or breaking a bone. You know, these little simple things that we take for granted. If we keep going down the track, we’re going down at the moment. We aren’t going to have a free at the point of service NHS that people can afford. So it will be a system where the rich can afford to be well and the poor cannot afford to be unwell.

Narration: NHS bosses are braced for a massive day of strike action in February. Workers from five ambulance trusts in England and Wales will strike on February the 6th, if the disputes are not resolved. On the same day nurses will also stage industrial action.

Ambulance worker 2: Unite, get together and make a change.

Ambulance worker 4: We’re all in this together and the more we come together, the more likely we are to see progress.

Ambulance worker 3: The word solidarity to me means everybody joining together. We’re all fighting for the same cause. We’re like a big family here. And yeah, it’s just lots of love and everyone just looking out for each other.

Narration: In broken Britain, there is solidarity, amongst the ashes of a system that’s not working. The workers of the NHS deserve our solidarity. They are the ones who continue to save life.

Launch Of The International People’s Tribunal On US Imperialism

Chris Hedges: Will Julian Assange Ever Be Freed?

Raided By The FBI For Being Socialist, With Omali Yeshitela 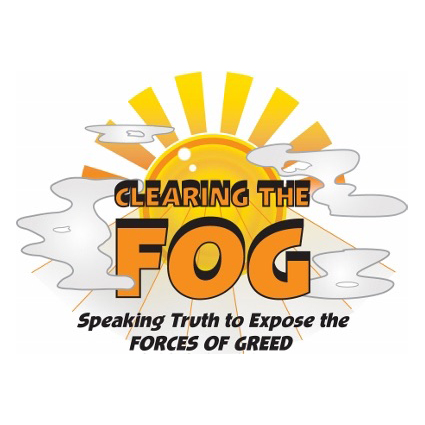 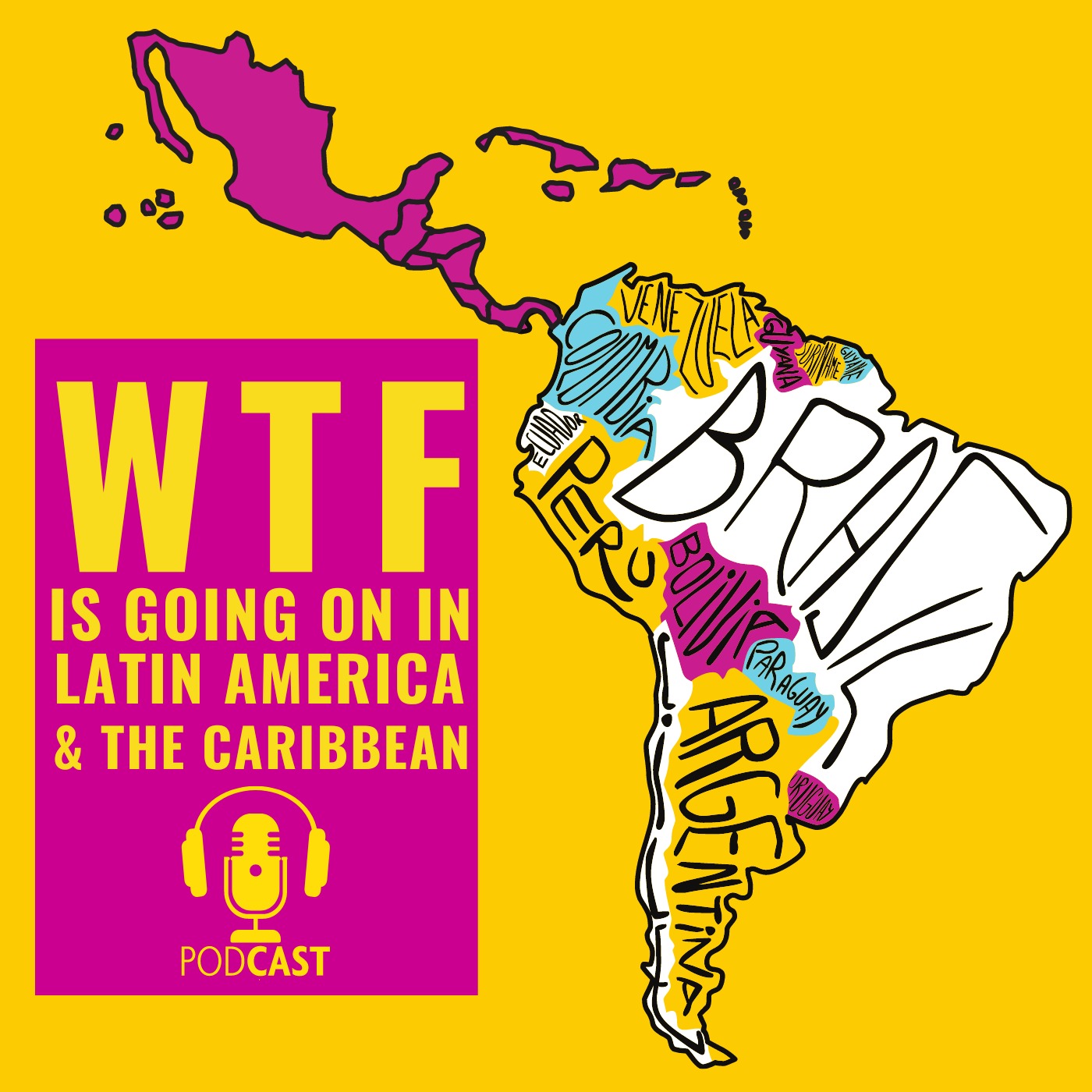 Presenting: The Havana Declaration On The New International Economic Order

The Good Work In Urban-Rural

Chicago Grads Want To Turn City Into A 'Powerhouse Of Organizing'

Union From The Start (You Don’t Have To Wait)

Co-Creating A Seafood System Vision In The Galápagos Islands

Fighting Anti-Abortion Extremists And The Boss

What Determines The Success Of Movements Today?

Amilcar Cabral And The South Africans

Five Suggestions For When State Repression Comes To Town

A New Worker Movement From The Shell Of The Old

The US Continues Escalating In Ukraine

Nostalgia For The Cuban Missile Crisis

Pivot To Asia Ramping Up Ominously

TONIGHT at 7:30 pm ET - Don't miss hearing directly from organizers about the uprising in #Peru as it enters its third month after the #coup.

From @DrWLeon on the murder of #TyreNicols: "It’s not about White; it’s not about Black; it’s about Blue. ...it’s about oppression, #Fascism and the interests being served." We've got to change the system to end the violence.

#Nicaragua has made revolutionary gains under the Sandinistas. You won't hear about it in the corporate media. They just try to scare you. Jill Clark-Gollub discusses the gains women have made with their radical form of feminism on @ClearFOGMedia