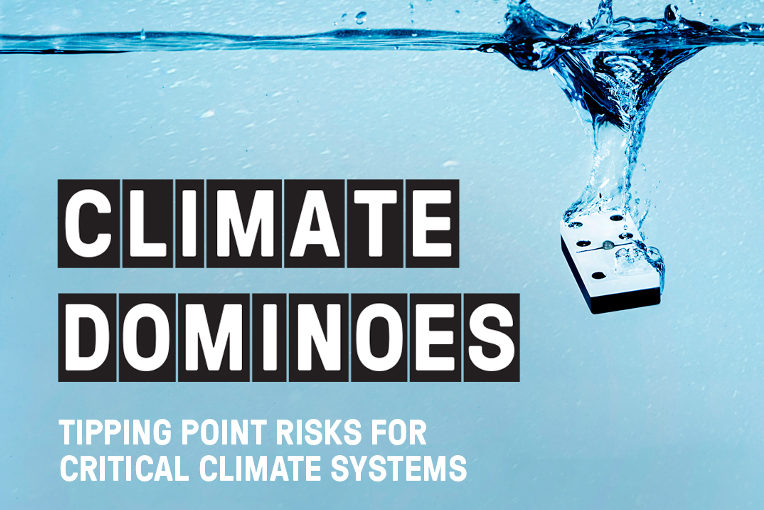 Climate tipping points in the Antarctica, the Arctic and the Amazon are at risk of being reached before or at the current level of global warming of 1.2 degrees Celsius, requiring a “major rethink” of global climate goals and the action necessary to achieve them, according to a recent report.

A ‘tipping point’ is a threshold at which a small change initiates a larger, more critical change, taking the climate system from one state to a discreetly different state, which may be abrupt and irreversible.

According to the report, West Antarctica’s Thwaites Glacier could lose its eastern ice shelf in the next five years and has passed a tipping point for abrupt change, likely triggering a cascade of similar events in the region. The Arctic is warming at four times the planetary average and has passed a tipping point for rapid, system-level change, including on the Greenland Ice Sheet, which is now beyond a point of system stability.

Land-based carbon stores, including the Amazon Rainforest, are reaching a critical point, after which their efficiency at drawing down carbon decreases. There is considerable evidence that eastern Amazonia is in the process of “tipping” and is now a net source of carbon.

Coral reefs are now bleaching so frequently that there is no longer sufficient natural recovery time between bleaching events, resulting in reefs having entered a death cycle without significant interventions.

The report states that the 1.5–2°C target to limit global warming reached through the 2015 Paris climate agreement “never was — and is demonstrably now not — a safe or appropriate goal”, and even if globally we were on track to achieve this, it would not protect the most climate vulnerable.

The report acknowledges “it is not easy reading”, but says “we must grapple with the question of what needs to be done to protect human civilization from existential climate disruption.”

Writing in the report’s foreword, Professor Sir David King FRS, a former UK Climate Envoy, says: “This is a code red situation. No government is taking it seriously enough.”

David King calls for the report to be “read and acted on by governments and their advisors, by the financial communities of the world, and by scientists, engineers, social scientists and philosophers.”

The report is a sober call for all countries to follow a critical analysis pathway for dealing with climate change as the emergency that it is. Precautionary action is needed now to avoid, to the extent possible, further tipping points being triggered.