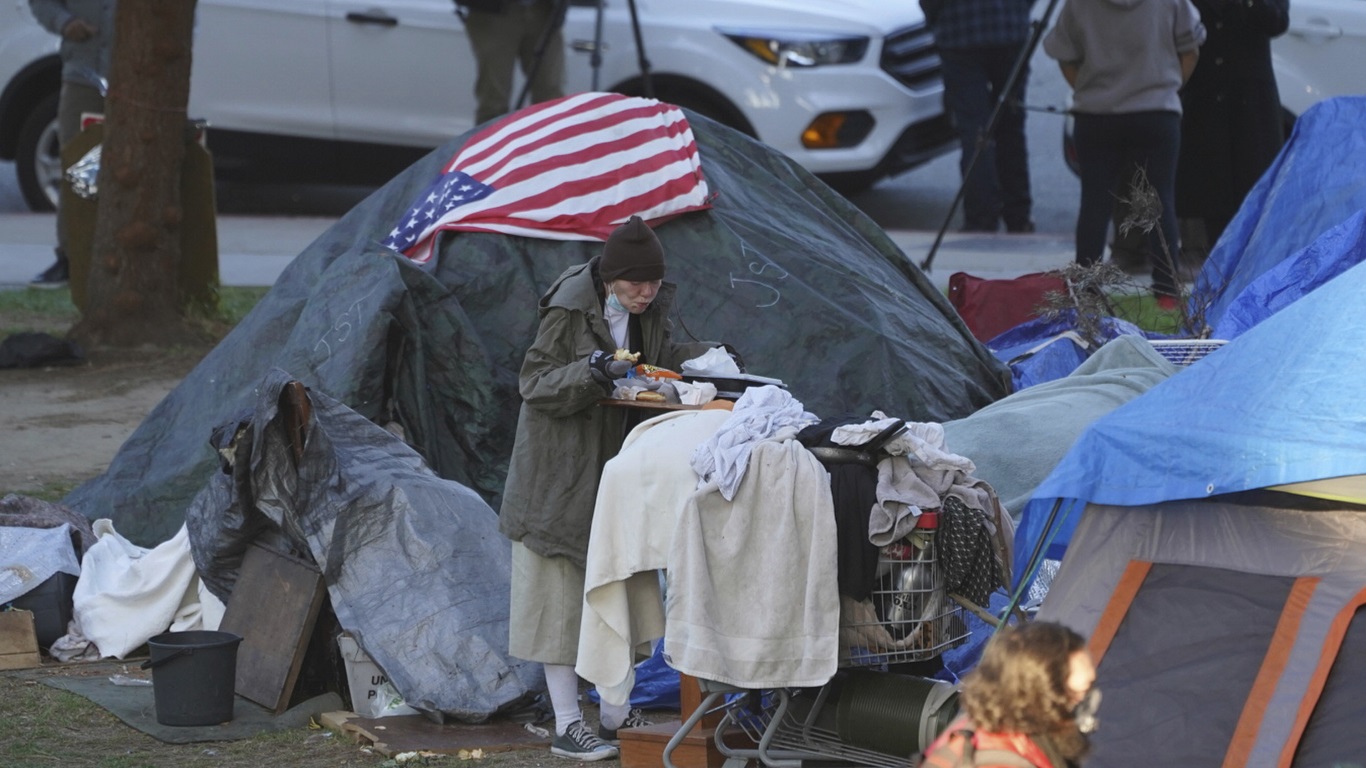 One In Three Americans Are Struggling: What If We United?

Above Photo: March 24, 2021, a woman eats at her tent at the Echo Park homeless encampment at Echo Park Lake in Los Angeles. Damian Dovarganes.

Nearly 52 million adults – about 1 in 4 – are having difficulty paying for usual household expenses, according to the most recent Census data, and, according to Monmouth polling, more than 4 in 10 Americans, 42 percent, “say they are struggling to remain where they are financially.”

This system is clearly not working for everyone and this is happening while rich-ass Congresspeople do next to nothing to help Americans. During the pandemic, they funneled trillions to Wall Street. They’re doing fine. They’re not struggling. They’re not worried.

Yet, one out of every three of us are screwed by this system. And imagine, just for a second, just for a moment, imagine if we all united.

I know we don’t all get along. Half of us spend our weekend fighting with our lawnmowers and half of us aren’t quite sure what a lawnmower is. We are very different, but if a third of American adults got together to protest our declining standards of living then the potential to create change would be incredible!

No movement in recent history has had anywhere near a third of the country. All it would take would be to put our differences aside, no matter how much they try to divide us.

The signup sheet for the club would just have two questions.

ONE: Have you had difficulty paying bills or buying supplies in the past month?

If yes, you’re in the club!

TWO: If you answered no to question one, do you want to help those who have had trouble paying bills in the past month?

So now we have about 90 or 100 million Americans. Then we start figuring out a few demands, and we don’t shut up and go home until they’re met. That’s it. Nobody even starts talking about all the other things that divide us.