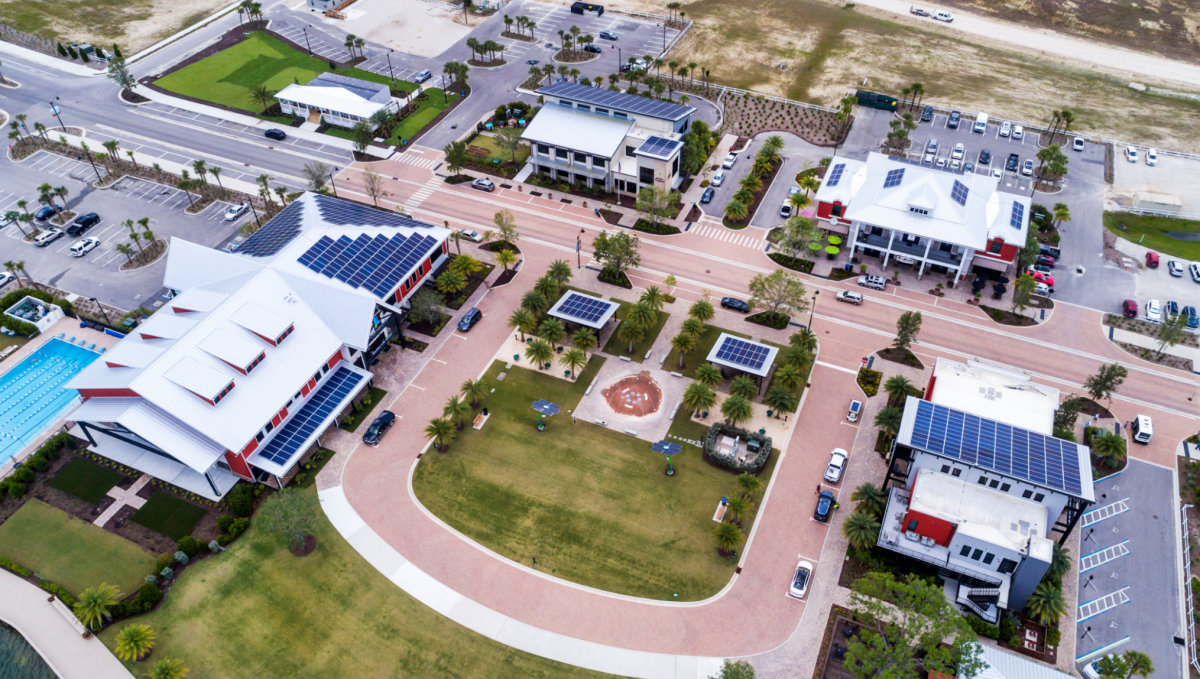 Hurricane Ian caused mass destruction to Southwest Florida, taking dozens of lives and leaving millions without power. But in the midst of devastation, a small solar-powered community was left virtually unscathed — despite being just 12 miles northeast of hard-hit Fort Myers.

Babcock Ranch is a solar-powered town with roughly 2,000 homes and more than 700,000 solar panels. Homes and businesses in Babcock are built to be energy efficient and weather resistant, many of them constructed with durable insulated panels meant to withstand Florida’s extreme weather. Many residents have additional solar panels and solar battery systems as an extra layer of protection from power outages.

If Hurricane Ian was a test of the town’s resiliency, Babcock Ranch passed with flying colors.

“We have proof of the case now because [the hurricane] came right over us,” Nancy Chorpenning, a 68-year-old Babcock Ranch resident, told CNN. “We have water, electricity, internet — and we may be the only people in Southwest Florida who are that fortunate.”

Hurricane Ian brought record-breaking surges and winds over 100 mph that knocked out power to 2.6 million Floridians. Yet there was no major damage to the eco-conscious town that lay in the direct path of the near-Category 5 storm. In fact, most residents didn’t even evacuate. Aside from a few uprooted trees and torn roof shingles, Babcock was virtually unscathed.

Florida officials have taken notice, opening Babcock Neighborhood School as an official refuge center for hurricane victims. This is despite the school not having the state-mandated generator, but rather a solar array keeping the lights on.

When EcoWatch spoke to Babcock Ranch founder Syd Kitson back in 2021, he told us he created Babcock Ranch as a way to prove that development and environmental values can work hand in hand.

“People have to live somewhere, so let’s do it the right way,” Kitson said. “Let’s not rely on the government, let’s do it ourselves. Let’s have the private sector step up and if we’re going to attack global warming and we want people to live a healthy life, we can do it.

Jennifer Languell, a sustainability engineer who helped design Babcock Ranch, told NPR that “we felt you could develop and improve land, not just develop in a traditional way where people think you are destroying the land.” She also expressed that the hurricane provided “proof of concept” for the community’s design.

Babcock Ranch has already grown exponentially since the construction of its solar array in 2015, built and run by Florida Power and Light. Residents first moved to the community in 2018, with now over 4,000 Floridians calling it home.

The community currently features a school, shopping center, parks, lakes, and an active trail system, with plenty more development plans on the horizon. Babcock Ranch was recognized as the No. 14 top-selling planned community after seeing record sales of more than 1,758 homes sold, 714 of which were sold in 2021.1

When Kitson first told EcoWatch about Babcock Ranch, his vision was for it to expand to offer 20,000 homes, as well as condos and apartments, so living in Babcock would become more accessible for more people.

“We can preserve land and we can create places that are healthy, healthy environments and really do the right thing for our kids and our grandkids,” Kitson said.

Kitson told EcoWatch that someday as many as 50,000 people could call Babcock Ranch home. As more people see how the solar-powered community prevailed in the wake of Ian, we have little doubt that goal will be reached.

The massive power outage left by Hurricane Ian was another testament to the larger issue: America’s energy infrastructure system is ill-equipped to handle worsening weather events amid the climate crisis.

Babcock Ranch serves as an example of how eco-focused urban development may be the answer to the bleak reality that weather events are likely going to become more catastrophic in years to come.

“It’s not what it was 20 or 25 years ago; the storms are getting bigger and bigger, and it’s no surprise because the warnings have all been there,” Grande told CNN. “I think Babcock Ranch’s future has gotten even brighter.”