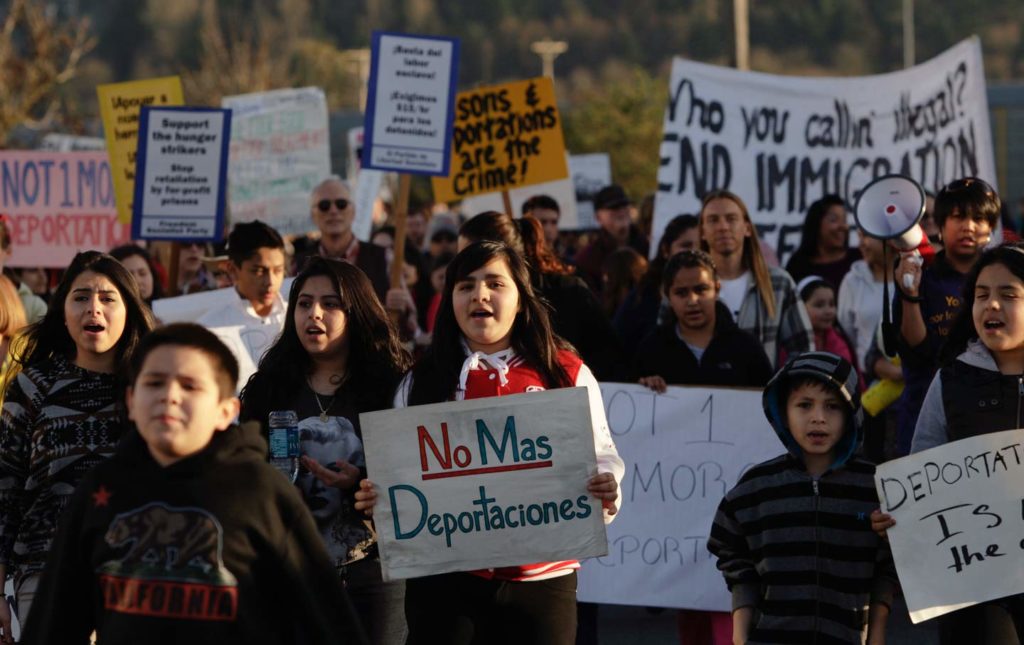 Above Photo: Immigrant-rights supporters rally outside the Northwest Detention Center of US Immigration and Customs Enforcement in Tacoma, Washington. Credit: Reuters / Jason Redmond

Whether from your phone or on the front lines of the border crisis, here are things you can do to help.

Thwarting Donald Trump’s war on immigrants and dismantling the vast deportation machine is possible. It won’t be easy, but it has to be done.

From creating a taskforce to strip naturalized U.S. citizens of citizenship so they can be deported to severely curtailing asylum claims to his Muslim travel ban, Trump has made no secret of his disdain and contempt for people who, frankly, don’t look like him. He even traffics in the language of ethnic cleansing—warning of illegal immigrants who seek to “pour into and infest our country.”

Momentum is building around a movement to slow the president’s deplorable treatment of immigrants, including blameless children. Protests have been going on for weeks. Workers are quitting jobs rather than aid in deportations and are exposing the appalling conditions in the children’s prisons. Major airlines have refused to transport the seized children. An ongoing blockade in Portland, Oregon, shut down the main U.S. Immigration and Customs Enforcement facility and jail in the city, and a local organizing group has called for similar actions around the country. June 30 has been declared a national day of action under the slogan “Families Belong Together” to protest the Trump administration’s policies.

Stymieing Trump’s plan means throwing a lot of sand into the gears. Here are some actions you can take, whether from the comfort of your phone or at the front lines of this crisis.