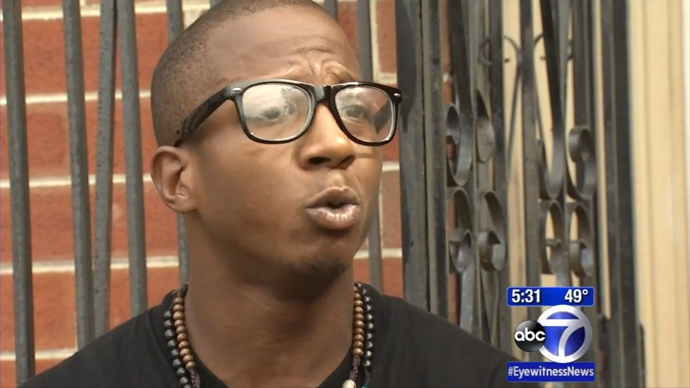 16-Year-Old Jailed at Rikers for 3 Years Without Trial

He says he spent more than 400 days in solitary confinement, was deprived of meals, and was assaulted and beaten both by officers and fellow inmates. Browder attempted suicide at least six times.

A teen who spent three years in a notorious New York jail without ever having been convicted or put on trial is coming forward after filing a lawsuit against New York City. In June, charges against Kalief Browder were mysteriously dropped and he was released, as first reported by  WABC-TV.

Browder was a 16-year-old sophomore in high school walking home from a party in the Bronx when he was arrested on a tip that he robbed someone three weeks earlier. He was hauled off to Rikers Island, a prison known for punishing conditions and overuse of force, and was held because he couldn’t pay the $10,000 bail. Browder went to court on several occasions, but he was never scheduled for trial. After 33 months in jail, Browder said a judge offered freedom in exchange for a guilty plea, threatening that he could face 15 years in jail if convicted. He refused. Then one day, he was released with no explanation.

“They just dismissed the case and they think it’s all right. No apology, no nothing,” he told WABC-TV. Now at age 20 with his teen years behind him, Browder is first faced with finishing his GED and trying to make up for three years of his teen years lost.

Browder says he spent more than 400 days in solitary confinement, was deprived of meals, and was assaulted and beaten both by officers and fellow inmates. Browder attempted suicide at least six times. Last month he filed a lawsuit last month against the city and several agencies. The Bronx District Attorney’s office has declined to comment.

Browder’s story lays out a laundry list of some of the most prevalent problems with the criminal justice system. Browder was stopped in the Bronx, where the New York Police Department came under particular fire for its over-aggressive use of stops andunsubstantiated charges of “trespassing.” He was purportedly jailed based solely on one report to police, reinforcing  race disparities in the criminal justice system. He was held in jail pursuant to  bail policies that routinely punish the impoverished. And he was held in solitary confinement as a juvenile, even though the draconian punishment has  particularly detrimental long-term effects on youths.

An internal review recently obtained by the Associated Press  finds a spike in use of both solitary confinement and  force by staff at Rikers Island.

Nicole Flatow is the Deputy Editor of ThinkProgress Justice. Previously, she was Associate Director of Communications for the American Constitution Society. Nicole has also worked for several legal and general circulation newspapers, including The Daily Record and The New York Law Journal, and was a legal fellow at Bread for the City, where she represented low-income D.C. residents in housing and public benefits matters. She received her J.D. from the University of Virginia School of Law, and her B.A. in Philosophy, Politics and Law from Binghamton University, where she was editor in chief of her campus newspaper