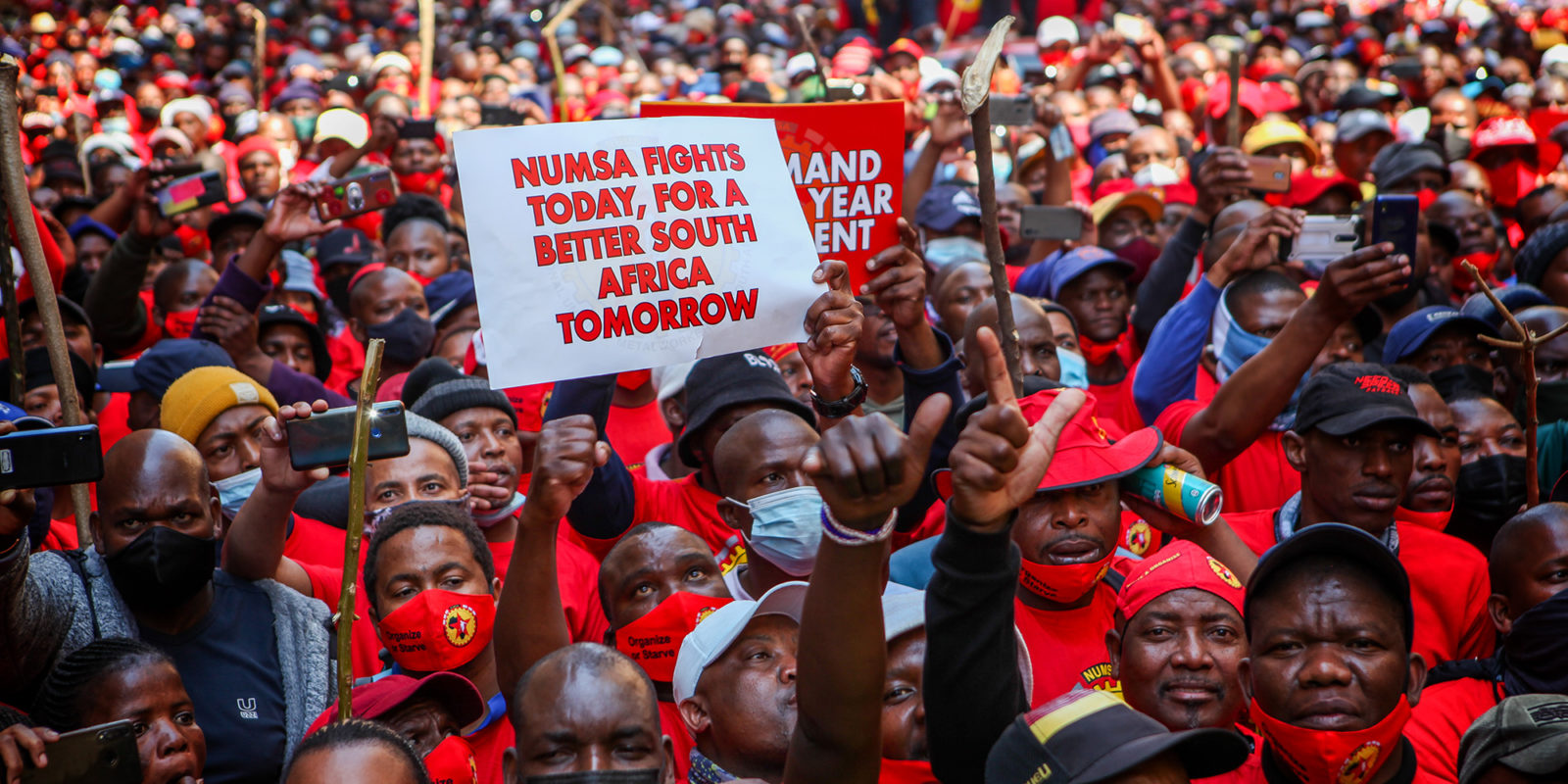 160,000 Metalworkers In South Africa Are On Strike

Union metalworkers in South Africa, organized in NUMSA, are on an unlimited strike for an 8-percent wage increase.

On October 5, the South African National Union of Metalworkers (NUMSA) called for an indefinite strike (a strike without a set end date) to demand an 8-percent increase in wages — and 160,000 workers in the steel and engineering sector answered the call. The union, South Africa’s largest, represents 400,000 workers in total.

The massive strike continues the tense social crisis that has rocked the country since riots broke out in July in two provinces over the jailing of former president Jacob Zuma.

“We’re suffering,” Sapelo, a metallurgy technician, told Radio France International. “I’ve been at this job for 13 years with no gratitude. The salary I get isn’t enough. I’m in debt, and I have to support my father, my mother, my brothers, and sisters. They all depend on me.”

The steel and engineering industries play a very important role in South Africa’s economy, accounting for about 2 percent of the country’s production and employing some 190,000 workers. With 160,000 strikers, the action is being widely followed — with a large demonstration in Johannesburg as further proof.

Through their union, the workers are demanding an 8-percent wage increase in their sector. The bosses have already tried to snuff out their anger with a 4-percent increase, but it’s nothing more than window dressing — failing to cover the actual inflation since last year, which is around 4.55 percent.

This unlimited strike by metalworkers has broken out amidst South Africa’s tense economic and social situation. The pandemic has claimed more than 88,000 lives, and GDP plunged more than 7 percent in 2020. The number of jobless workers continues to rise, with an unemployment rate of nearly 34.4 percent in July, or more than a third of the population without work.

This is not the first time South African metalworkers have taken action and gone on strike. They last did so in 2018, at NUMSA’s call. Today’s indefinite strike is an example to follow in the fight against the rising cost of living that affects the international working class.