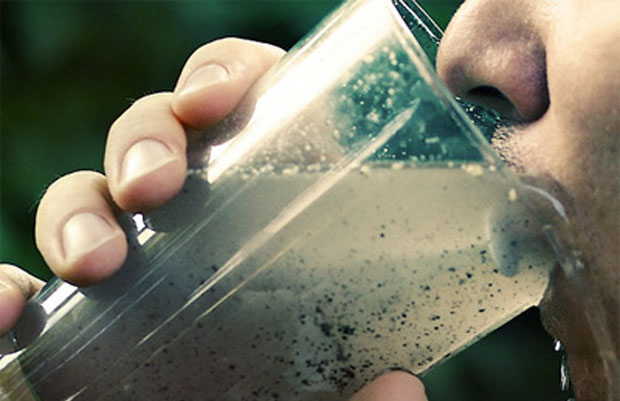 18 Cities In Pennsylvania Report Higher Levels Of Lead Than Flint

The lead poisoning crisis in Flint, Michigan, was a surprise, an emergency that occurred after the city switched to a new, cheaper water source.

But there are at least six cities in the United States where we should, in theory, have really good data on lead exposure. In fiscal year 2014, the Centers for Disease Control and Prevention spent almost $2 million as part of a three-year funding commitment to help some of the biggest cities in the country monitor lead exposure.

I spent the past week looking at these cities, and came away with three main findings. The first is that the rate of lead exposure in Pennsylvania is incredibly alarming. Nearly 10 percent of the more than 140,000 kids tested had levels of 5 or more micrograms per deciliter of lead in the blood (5 µg/dL) — this is the threshold the government uses toidentify children with dangerously elevated blood lead levels. One percent tested positive for blood lead levels greater than 10 µg/dL.

Compare that to Flint, where state data shows the rate of lead exposure for 5 µg/dL from 2014 to 2015 as 3.21 percent. Other researchers have found that specific areas of the city have exposure rates as high as 6.3 percent. That’s alarming, but still a lower rate than 18 of the 20 cities in Pennsylvania.

Second, there are cities that have made really good strides in reducing lead exposure; both Chicago and New York are prime examples, but they should start reporting lead exposure results at 5 µg/dL like Pennsylvania.

Third, even some of these cities that get money for the express purpose of monitoring lead exposure do not make finding the data easy.

Vox reached out to the six cities currently receiving funding from the CDC — Houston, Texas, Philadelphia, Los Angeles, Washington, DC, Chicago, and New York City. Of the six cities, only two were able to provide lead exposure data at the neighborhood level. The other four are getting money to monitor lead exposure — but aren’t making the results easily accessible to the public.

Philadelphia was not able to share community-area lead level exposure rates, but a 2014 Pennsylvania Department of Health annual report that included detailed information on 20 cities showed that 17 of those had a higher percentage of children with blood lead levels (BLLs) ≥ 5 μg/dL than the rest of the state.

Cities like Allentown and Altoona had more than double the state exposure rate of 9.37 percent, and the group of 20 cities had a collective rate of 11.49 percent, also higher than the state rate. The geometric mean of blood lead level tests performed in Pennsylvania was 2.3 µg/dL, which is substantially lower than the state’s rate, indicating some cities in Pennsylvania are disproportionately impacted by lead exposure.

The percentage of confirmed lead exposure cases in Pennsylvania has decreased by 47 percent in children under the age of 7 since 2007, but these 20 cities continue to remain incredibly vulnerable. The Pennsylvania Department of Health reported that the primary source for childhood lead poisoning in Pennsylvania is exposure to aging, deteriorating lead-based paint (chips and dust).

Pennsylvania does not have a universal testing law, so there is no mandate for children to be tested by a certain age. However, health care providers are required to test children on medical assistance at age 1 and 2, and most clinical practices recommend testing children under 7. Both groups have experienced an increase in the number of children tested since 2007, but it should be noted that only a quarter of the children under 3 are tested and between one-seventh and one-eighth of the population of children under 7 are tested.

In comparison, New York and Chicago are lead poisoning success stories — but some areas still fare better than others

New York and Chicago have dramatically decreased the number of children exposed to lead in the past decade. Still, it is important to note that both cities are only reporting lead exposure incidents where the level of lead in the blood is 10 µg/dL and not 5 µg/dL like Pennsylvania. So in both cities, if lead exposure rates were collected at the 5 µg/dL threshold, rates of exposure could be much higher.

The bright red areas of the map you see below are those where more than 0.4 percent of children between the ages of 6 months and 6 years tested positive for blood lead levels of 10 or more micrograms per deciliter of lead in blood (10 µg/dL).

Neighborhoods in Brooklyn reported the greatest levels of lead exposure. In Greenpoint, 1.17 percent of children tested positive. In Borough Park, it was 0.54 percent. Both Greenpoint and Borough Park are poorer areas of the city with 22.5 percent and 32.1 percent of the population living in poverty, respectively — but areas in the Bronx that have similarly high levels of poverty reported lower levels of lead in the bloodstream.

Fuller Park had the highest lead exposure rate, 0.28 percent, and is one of the most impoverished areas in Chicago; 51.2 percent of its residents live in poverty.

But the data for Chicago is not complete and might not tell the full story. Data for Riverdale, which is the poorest area of Chicago, with 56.5 percent of its residents living in poverty, is not available for the years 2003 to 2013 because of testing errors in collecting the data.

New York and Chicago were the only cities, of the six receiving federal funds, that were able to share local neighborhood data on lead exposure rates.

As for the remaining three cities funded by the CDC, Los Angeles only collects lead exposure data at the county level, and Houston was only able to share data from 2011 at the city level. For 2014, Los Angeles County reported that 0.25 percent of children tested had elevated blood lead levels of 10 µg/dL or greater (the numbers reported for California are actually just for Los Angeles County). The city of Houston reported a 0.4 percent rate for elevated blood lead levels of 10 µg/dL or greater in 2011, while the state of Texas reported a 0.5 percent rate overall.

Washington, DC, did not respond for requests for data, but from 2014 data submitted to the CDC the city reported that 187 children out of 11,832 tested had elevated blood levels of 5 to 9 µg/dL.

Better monitoring of lead levels is needed, because the CDC is constantly changing its definition of what’s toxic

The CDC has continually trended downward on how much lead exposure is safe for children. Most recently, the agency declared that “no safe blood level in children has been identified.”

No amount of lead exposure is safe — and that’s what makes it especially important for people to have good information about what risks they face in their own neighborhood. Even levels of lead in blood as low as 2 μg/dL can affect IQ and the ability to pay attention, and cause irreversible neurological damage. CDC data estimates that almost500,000 children in the US between the ages of 1 and 5 have a blood lead level above the 5 μg/dL standard that the agency currently uses to define lead poisoning.

The effects of lead exposure cannot be reversed. That’s why greater transparency on lead surveillance programs is sorely needed — not just in Flint, but in most American cities.