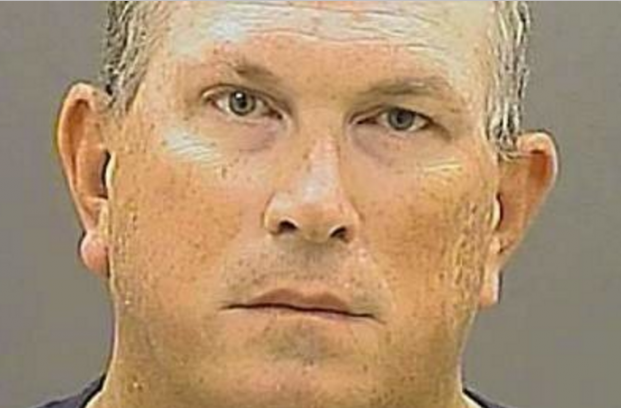 Wesley Cagle shot an unarmed man in the groin in December 2014.

Baltimore Police officer Wesley Cagle on Thursday was found guilty of first-degree assault and a handgun charge in the 2014 shooting of an unarmed burglary suspect. He’s the first officer to be charged in an on-duty shooting in Baltimore since 2008.

In December 2014, Cagle shot Michael Johansen, an unarmed white man, in the groin as he lay in the doorway of an East Baltimore corner store. Johansen had already been shot by two other officers; he survived the incident and testified for the prosecution.

Even with this marginal win against police violence, Cagle, who is facing up to five years in prison, was acquitted of attempted first- and second-degree murder charges. The two other officers who shot Johansen testified against Cagle and were cleared of all wrongdoing.

It is rare for officers to be convicted on any charge related to an on-duty shooting. But there has been an uptick in the number of officers charged nationwide, with 15 charged for murder or manslaughter in 2015. Over the last decade, the average hovered around five cases per year. At least five officers have been convicted on murder or manslaughter charges in state courts for on-duty shootings this year, compared to a running average of two convicted per year over the last decade.Zero officers were convicted in 2014 and 2015.

Cagle’s case turned out remarkably different than those against the six officers charged in the April 2015 death of 25-year-old Freddie Gray, a black man who was killed in Baltimore following a “rough ride” in a police van.

“Reporting misconduct, now absolutely required by our new use-of-force policy, is something that the community has a right to expect from all police officers in Baltimore,” Baltimore Police Commissioner Kevin Davis said during a Mondaypress conference. “My team and the State’s Attorney’s team are here today to support the vast majority of police officers who routinely do the right thing day after day, and call after call.”

Last year, the Baltimore Police Department received over 800 complaints dealing with excessive force, abusive language, harassment, false arrest and false imprisonment, according to the city’s Office of Civil Rights and Wage Enforcement. Kisha Brown, its director, told The Huffington Post in April that she only received 80 complaints, despite requirements that the police department send all complaints to the office.

In the press conference Monday, Mosby echoed Davis, saying the department is moving toward upholding the “sacred oath” of policing.

“We believe under this police commissioner, this will become the rule rather than the exception, and this case highlights our commitment together to work with one another,” she said. “Commissioner Davis and his staff are working extraordinarily hard to create the kind of police department that Baltimore residents deserve, and I thank him and all of the men and women that uphold that sacred oath.”