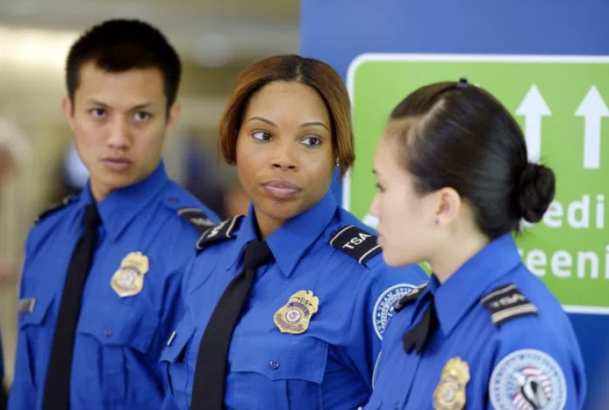 Responsible for guarding more than 7,000 miles of the border, customs agents and Border Patrol officers accepted the most bribes within the last ten years.

A recent New York Times investigation found that almost 200 employees and contract workers from the Department of Homeland Security (DHS) were caught accepting nearly $15 million in bribes and betraying their oath of office within the last 10 years. Besides turning a blind eye to drug smuggling and human trafficking, many of these DHS employees also illegally accessed databases, sold green cards, and provided sensitive law enforcement information to drug cartels.

“It does absolutely no good to talk about the building of walls or tougher enforcement if you can’t secure the integrity of the immigration system, when you have fraud and corruption with your own employees,” an internal affairs official at the Department of Homeland Security told The New York Times.

On November 2, José Cruz-López, a former TSA Officer at the Luis Muñoz Marín International Airport in San Juan, Puerto Rico, was charged with accepting more than $215,000 in bribes in exchange for smuggling cocaine through the X-Ray machines. During that same time, a Texas Border Patrol agent named Eduardo Bazan admitted to accepting $8,000 in bribes to help smuggle cocaine after his arrest.

On November 4, Daniel Espejo Amos, a former officer with the U.S. Citizenship and Immigration Services in Los Angeles, was sentenced to 33 months in federal prison after admitting he accepted more than $53,000 in bribes from immigration consultants on behalf of at least 60 foreign nationals who were not eligible to become United States citizens. Amos repeatedly provided green cards to ineligible immigrants by allowing them to memorize the answers before the naturalization tests.

On November 5, 2013, former U.S. Border Patrol Agent Ivhan Herrera-Chiang was sentenced to 15 years in prison for providing drug cartels with sensitive information, including sensor maps, combinations to gates located near the Mexican border, computer records concerning prior drug seizures, and the location of Border Patrol units. Herrera-Chiang had been assigned to a special undercover unit targeting the cartels in Yuma, Arizona.

After interfering with another agent’s case, Joohoon David Lee, an agent with Homeland Security Investigations at Immigration and Customs Enforcement (ICE) in Los Angeles, fell under investigation and was charged with bribery. On December 18, 2015, Lee pleaded guilty to accepting bribes from a Korean businessman under investigation for human trafficking and was later sentenced to 10 months in prison.

Responsible for guarding more than 7,000 miles of the border, customs agents and Border Patrol officers accepted the most bribes within the last ten years, approximately $11 million. According to my sources within the Border Patrol, undocumented immigrants are commonly referred to as “Tonks” because that is the sound a metal baton makes when striking their heads. These agents, who wish to remain anonymous, have also asserted witnessing their colleagues beating detainees in areas where security cameras could not record the abuse.

Although R. Gil Kerlikowske, commissioner of the customs agency, claims that polygraphs prevent these agencies from hiring corrupt individuals, James Tomsheck, the former head of internal affairs at Customs and Border Protection, and many of my sources within the Border Patrol do not believe in the infallibility of polygraphs or other inadequate screening tests. Even if Trump did build his unrealistic wall, he has no plan to prevent the active corruption within his own agencies.