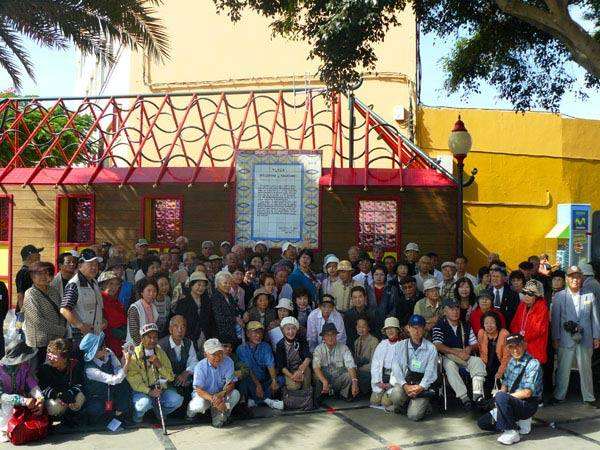 Above photo: Atomic bomb survivors of Hiroshima and Nagasaki.

Although more than 50,000 nuclear weapons have been eliminated since 1986, more than 17,000 remain. It would only take a small number of these weapons of mass destruction to end civilization and most life on earth. Nine countries possess nuclear weapons, another five host U.S. nuclear weapons on their soil, and more still base their security on alliances with nuclear weapon states. Countless atomic bomb survivors worked hard until their last days for the elimination of nuclear weapons.

The danger of nuclear annihilation, by accident, miscalculation or design continues to cast a dark shadow over humanity’s future. In addition, the failure of the nuclear weapon states to achieve more progress toward a nuclear weapons free world is undermining the legitimacy of the Nuclear Nonproliferation Treaty (NPT). The nuclear weapon states’ repeated delays in fulfilling their “unequivocal” commitment to nuclear disarmament has discredited the nonproliferation regime and may destroy it.

The massive and ongoing releases of radiation from the Tokyo Electric Power Company’s Fukushima nuclear power plant which resulted from the Great East Japan Earthquake of March 11, 2011, demonstrated yet again the inability of human beings to control nuclear technology. The fear and suffering of Fukushima citizens for their health and life renewed our recognition of the danger of radioactivity, whether from nuclear weapons or nuclear energy. The experiences of Fukushima and the atomic bombings of Nagasaki and Hiroshima have shown us that the effects of nuclear disasters are uncontrollable in time and space.

Describing the inhumanity of nuclear weapons, the resolution adopted in November 2011 by the Council of Delegates of the International Red Cross and Red Crescent Movement identified the need to “conclude … negotiations to prohibit the use of and completely eliminate nuclear weapons through a legally binding international agreement.” Since 2010, the humanitarian impacts of nuclear weapons have been discussed in the United Nations General Assembly and at preparatory committee meetings for the 2015 NPT Review Conference. In addition, an international conference on the humanitarian impact of nuclear weapons, hosted by the government of Norway, was held in Oslo in March 2013. A follow-on meeting, will be hosted by the government of Mexico in February 2014. We welcome this trend and expect it to contribute to global efforts to achieve the prohibition and elimination of nuclear weapons.

The 2010 NPT Review Conference agreed: “All States need to make special efforts to establish the necessary framework to achieve and maintain a world without nuclear weapons,” noting in particular “the Five-Point Proposal for Nuclear Disarmament of the Secretary-General of the United Nations,” including the call for negotiations on a Nuclear Weapons Convention. The Open Ended Working Group to develop proposals to take forward multilateral nuclear disarmament negotiations for the achievement and maintenance of a world without nuclear weapons held meetings in Geneva for the first time in May, June and August of this year. It was a new situation in which representatives of government and civil society participated as equals. This prompted the Conference on Disarmament, following 17 years of inaction, to establish an informal working group on nuclear disarmament. In addition, the first High Level Meeting on nuclear disarmament in the United Nations General Assembly was held in September 2013. This is being followed up by the Non Aligned Movement proposal to establish 26 September as the International Day for the Total Elimination of Nuclear Weapons and to hold a High Level Conference on Nuclear Disarmament no later than 2018. We are encouraged by such efforts and hope they continue.

We emphasize and reiterate that nuclear weapons are indiscriminate and inhumane weapons of mass destruction, and their use would be impermissible under any circumstances. The idea that nuclear deterrence can assure a country’s security is delusional. Another use of nuclear weapons would cause human death and suffering across national borders and generations. It would result in destruction of the environment and entire ecosystems. Even a relatively small regional nuclear exchange could result in a global “nuclear famine” leading to a billion deaths.

Against this background, we appeal for the following concrete actions.

As the only nation that has experienced nuclear attacks in war, Japan has a special responsibility to lead in achieving a world without nuclear weapons. Therefore:

We, the participants in the 5th Nagasaki Global Citizens’ Assembly for the Elimination of Nuclear Weapons, heard again the voices of survivors of the U.S. atomic bombings of Hiroshima and Nagasaki, and their urgent appeal that the elimination of nuclear weapons becomes a reality while they are still alive. We also listened to hopeful voices of young people accepting responsibility for achieving and maintaining a world without nuclear weapons. The ties of mutual understanding and solidarity were deepened through three days of spirited interaction and discussion.

We pledge to continue our utmost efforts to achieve a world without nuclear weapons, and we appeal to the people of the world: “Nagasaki must be the last A-bombed city.”