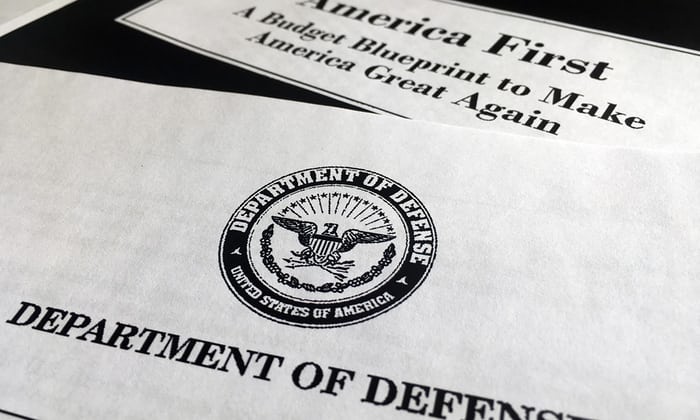 My grandfathers were both veterans of World War One.

Vincent Coen, my maternal grandfather, was a sailor aboard The SS Leviathan, which transported over 119,000 US troops across the Atlantic to France.

William J. Reddan, my paternal grandfather, was Captain of Company B, 114th infantry, and was one of 14 survivors of the Battle of Bois de Ormont in France on October 12, 1918, during the Meuse Argonne offensive.  His outrage over orders to take his men into this battle, which annihilated over 200 of his Company, resulted in his war memoir “Other Men’s Lives, (Experiences of a Doughboy 1917 – 1919.)”

Although grandpa Reddan died 12 years before my birth, it was during my high school years – while the Vietnam War was raging endlessly on – that I discovered his book, “Other Men’s Lives.”  I picked up the copy he had given to his youngest son, my dad, and read the following inscription inside:

To the ‘ boss’ of the house – my son – Joseph Leslie Reddan

May you be spared from ever participating in the horrors of war, is the prayer of your loving, soldier, ‘Dad’:

May God bless you and give you a long and happy life.

I devoured his first-person narrative of that war, with its gruesome details of life in the trenches, surrounded by death and destruction, and I was determined to learn more.

I became obsessed with why men slaughter each other.

So I spent the next few decades devoting myself to learning all that I could, predominantly, on America’s involvement in wars.

World War One’s statistics were grim.  Among involved countries, casualties for men between the ages of 19 and 32 were staggering; British casualties in battles like the Somme (1916) numbered in the tens of thousands – and that was just the first day of battle. Virtually overnight, entire landscapes were reduced to ghoulish death zones.  Though total numbers are difficult to confirm, it was commonly agreed by historians that – at the war’s end – there were over 38 million casualties, including more than 21 million wounded, many left to a life of suffering from amputations, disfigurement, diseases, survivor’s guilt, and shell shock (after the war tens of thousands of American veterans languished in psychiatric facilities suffering from what is now called post-traumatic stress disorder.)

At the war’s end, almost everybody regretted the incomprehensible devastation.  In America, it brought forth a new era of prohibition, curtailment of civil liberties, a crackdown on pacifists and labor organizers, imprisonment, rebellion among veterans over unemployment, deportations, a permanent military, and taxes to pay for it.

World War One was promoted as the war “to end all wars.”  And despite the lice and rat-infested trenches – cobbled together with barbed wire, concrete, plank, and mud – where gruesome battle gains were measured in feet, after the war, American political might became ignited by an insatiable appetite to expand the arms and propaganda industry beyond comprehension.

Aside from the human toll, how much does endless war – and a growing number of US bases around the world – cost each year?

This is an attempt to do a reasonable calculation of the cost to taxpayers of our hundreds of bases stationed around the world (those which are mostly outside the theatre of war), commencing with the end of The Great War.  I undertook this exercise using my decades-long background in accounting, available public reports, articles, research papers, books (to connect the dots), interviews with current and former military personnel, and common sense.  Well, as much common sense as possible given the US military budget is the largest of any country in the world, as much as the next 10 country’s military budgets combined.

The Report is less a “defense” budget; rather it’s more a report oozing threats to worldwide lethal annihilation:

If the planet is our community, America is the bully in the neighborhood.  Reference to the word “lethal” is sprinkled no less than 3 dozen times throughout The Report (“more lethal force” p. 2-6, “technology innovation for increased lethality” p.1-1, “increasing the lethality of new and existing weapons systems” p. 3-2).

Among the DoD’s goals is the Orwellian “preserving peace through strength” and “protecting the American way of life” (a way of life in which every minute four people are served with eviction judgements, 30 million have no access to health care, $1.5 Trillion is owed in suffocating student loan debt, and 63% of the population cannot afford a $500 emergency repair.)

Were it not for The Report’s dire (yet, fully funded) predictions for world domination, one would think this budget request was satire by The Onion.  From page 2-4, the foreign affairs Strategic Approach for the upcoming year states: “to succeed in the emerging security environment, the Department and Joint Force will have to out-think, out-maneuver, out-partner, and out-innovate revisionist powers, rogue regimes, terrorists, and other threat actors.”

And again, the number one goal is to “Build a more lethal force.”

In a world where money is no object, The Report specifically details the following purchasing priorities for 2019:

Additionally, The Report states “The DoD has expended more munitions than planned over the last few years, primarily to defeat Islamic State of Iraq and Syria (ISIS), leading to higher demand to replenish munition inventories” (3-6).  Addressing these needs, the 2019 budget request increases by over 28,300 the amount of production for the following munitions:

In a surprise (yet not really) admission, The Report states that “major power competition, not terrorism, is now the primary concern in U.S. national security” (page 2-1).

But let’s back up a minute.  More historical perspective is relative at this point, if only to grasp the enormity of US spending over the last 18 years on endless wars around the globe (and also because I like numbers.)

One hundred years ago, World War One cost the US $22.6 Billion dollars, which today is $328 billion, adjusted for inflation.   The 2019 DoD budget request is $686.1 Billion, or twice what it cost the US during WW1 in today’s dollars (and the US was involved less than 2 years.)

According to the The Report, OCO funding alone for the 18 year period beginning in 2001 through 2018 totaled $1.8 Trillion (1-3), or almost $101 Billion per year – an amount which approximates the annual combined budgets of the US Department of Education ($60 Billion) Department of Health & Human Services ($18 Billion), the Department of Transportation ($15.6 Billion), and Department of Labor ($9.4 Billion.)

Military Bases outside US borders

Pouring through various documents, publications, books, and research papers, I developed a list of countries with US military bases outside the US.  This list includes US territories (Guam, US Virgin Islands, Mariana Islands, American Samoa, and Puerto Rico) and includes bases in 183 countries, on 7 continents and 7 bodies of water.  Exhibit A-1 identifies the list of countries, totaling 883 sites.  This number does not include US Embassies and may or may not include other sites such as lily pads (smaller, temporary, and/or not authorized sites) and special operations sites.

Some publicly available documents, from the US government, contradict one other.  For example, the Army’s most recent average cost per person is just under $100K ($94.3K).  However, other defense documents calculate average cost per person at $55K.  I could not find a single, comprehensive document which accounted for the total cost of overseas bases (additionally, many excluded the cost of bases on US Territories), so I took data available, from a number of resources to calculate the costs contained herein.  Where contradictions occur, I so note.

“The DoD manages a worldwide real property portfolio that spans all 50 states, eight US territories with outlying areas, and 41 foreign countries. The majority of the foreign sites are located in Germany (120 sites), Japan (121 sites) and South Korea (78 sites.)”

This worldwide portfolio of 4,793 sites on over 27 million acres includes:

The difference between Exhibit A-1 estimate of overseas bases of 883 and the 627 mentioned in the baseline report may be reconciled as follows:

So How Much do These 883 Sites Cost Taxpayers Annually?

This report’s costs include:

A Rand Corporation research report from 2013, acknowledged that overall costs are higher overseas even when taking host-nation support into account.  I took a conservative approach in the following calculations.

Of the roughly 2 million military personnel, including reserves and National Guard, approximately 12%, or 238,000 are deployed to overseas bases (outside of OCO.)  Personnel includes base pay, payroll taxes, bonuses (sign on and incentive), pension,  uniforms, transportation, basic training/boot camp, life insurance, education, weapon assignment, annual allowances for uniform and weapon upkeep.  In order to calculate this cost, I started with the daily basic pay for military personnel, and built upon that cost with the aforementioned burdens, and pro-rated amounts for overseas costs.

Transportation costs include Army, Air Force, Marine, Navy and National Guard and represent costs to move personnel to overseas locations and back.  According to the report, “Overseas Basing of US Military Forces, 2011”, average annual cost for overseas transportation per person was $5,200, and varied depending on place of deployment.

The DoD occupies or maintains buildings, facilities, and linear structures worth over $1 Trillion worldwide.  The value of the overseas portfolio is about $200 Billion, covering about 50,000 structures.  Applying a standard no-less-than-one-percent-per-value of the asset, plus insurance, plus capital improvements, and contingency, I came up with annual cost of maintenance of overseas (including US Territories) bases.

The 2019 DoD budget request includes an increase in the OCO budget of an additional $17 Billion for facilities construction overseas.

Total cost of construction for the 3 aforementioned facilities is over $1.2 Billion.

The DoD 2019 budget request acknowledges health care costs runs about 9% of the DoD budget (excluding long-term care or disability-related or permanent injuries.)  Health care costs include use of VA facilities, Tricare, and combat casualty care for members and their families.

Estimated cost of training for overseas personnel takes into effect (a) direct equipment parts (b) fuel costs (c) post production software costs and (d) indirect support costs.  Calculating training costs for Army, Navy, Air Force, Marine, and others, and considering total historical costs per year for NORTHCOM, AFRICOM, and SOUTHCOM of $980 million in 2012 costs, I applied annual cost of inflation increases, and with contingency, came up with an annual cost for ongoing training exercises for military personnel.

Environmental contamination is a by-product of weapons and ballistic testing and training for all divisions of the military.  Add to that burn pits, depleted uranium, destroyed species on both land and water, poisoned water supplies, and ongoing cleanup of nuclear testing fallout, to name a few.

As an example, Guam, at 210 square miles, is home to dozens of US military bases.  Its ecosystem suffered tremendously when brown snakes were introduced to the island, entering the island, over the decades, with US military equipment.  These 2 million brown snakes have shorted out electrical systems, devastated new tree growth, and knocked out entire species of birds.  According to Science Alert, “10 of 12 bird species native to Guam had vanished, including a kingfisher that can’t be found anywhere else on Earth.”  The military has spent no less than $12 million alone trying to eradicate this problem.

Allowances and site costs for Army, Air Force, Marines, and Navy include base allowance for housing, overseas housing allowances, cost of living allowances, and family separation allowances.  Average annual cost for per person is $25,900.

The above cost estimate does not include:

War is not normal activity.

The DoD 2019 budget clearly articulates the ramp up of military forces, the expansion of military “solutions” worldwide.

Conversation is desperately needed about America’s lethal role in the destruction of our planet.

Plato famously said “Only the dead have seen the end of war.”

I hope that’s not what it will take.

Note:  Above does included only one bases in Syria, although Syria is mentioned in The Report as a targeted operation for Overseas Contingency Operations.  Including additional base sites in Syria, military sites overseas could exceed 900.