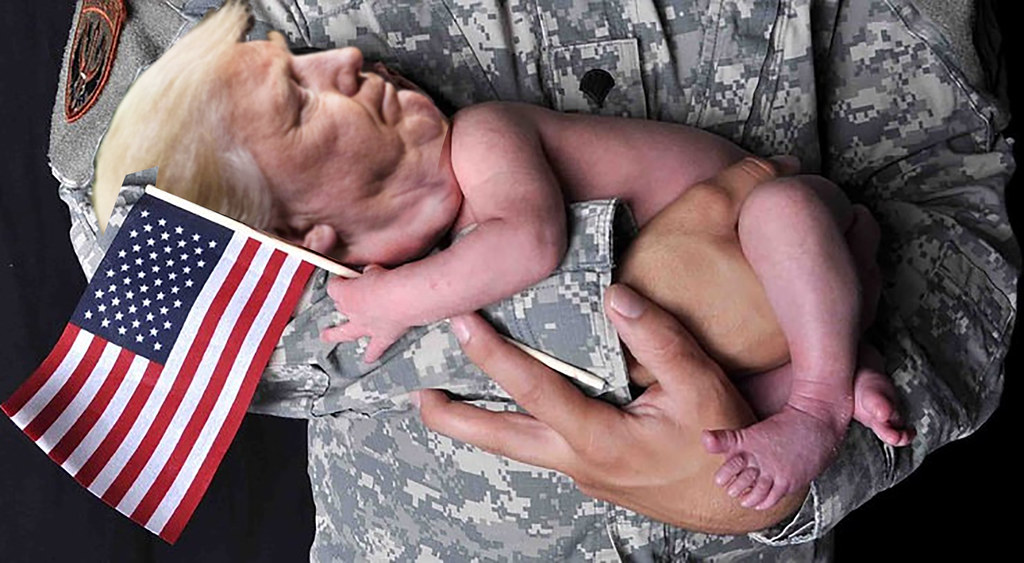 2020 Elections: Its Militarism And The Military Budget Stupid!

The Trump military budget is more than a third higher than five years ago, while cutting non-defense programs by 9 percent– but the corporate media ignore the issue and Democratic candidates are silent.

“Most of the neoliberal candidates running in the Democratic Party’s electoral process haven’t spoken a word in opposition to Trump’s budget.”

U.S. ships are involved in provocative “freedom of navigation” exercises in the South China Sea and other ships gather ominously in the Mediterranean Sea while National Security Advisor John Bolton and Secretary of State Michael Pompeo along with convicted war criminal Elliot Abrams conspire to save the people of Venezuela with another illegal “regime change” intervention. But people are drawn to the latest adventures of Love and Hip-Hop, the Mueller report, and Game of Thrones. In fact, while millions can recall with impressive detail the proposals and strategies of the various players in HBO’s latest saga, they can’t recall two details about the pending military budget that will likely pass in Congress with little debate, even though Trump’s budget proposal represents another obscene increase of public money to the tune of $750 billion.

This bipartisan rip-off could not occur without the willing collusion of the corporate media, which slants coverage to support the interests of the ruling elite or decides to just ignore an issue like the ever-expanding military budget.

The effectiveness of this collusion is reflected in the fact that not only has this massive theft of public money not gotten much coverage in the mainstream corporate media, but it also only received sporadic coverage in the alternative media. The liberal-left media is distracted enough by the theatrics of the Trump show to do the ideological dirty work of the elites.

Spending on war will consume almost 70% of the budget and be accompanied by cuts in public spending for education, housing, the environment, public transportation, jobs trainings, food support programs like food stamps and Meals on Wheels, as well as Medicare, Medicaid, and Social Security. Most of the neoliberal candidates running in the Democratic Party’s electoral process, however, haven’t spoken a word in opposition to Trump’s budget.

“The liberal-left media is distracted enough by the theatrics of the Trump show to do the ideological dirty work of the elites.”

The public knows that the Democratic Party’s candidates are opposed to Trump’s wall on the southern border, and they expect to hear them raise questions about the $8.6 billion of funding the wall. But while some of the Democrats may oppose the wall, very few have challenged the details of the budget that the U.S. Peace Council indicates . For example:

The Peace Council also highlights the following two issues: First, the total US military and war budget has jumped from $736.4 billion to $989.0 billion since 2015.That is a $252.6 billion (about 35%) increase in five years. Second, the simultaneous cuts in the government’s non-military spending are reflected in the proposed budget.

Here are some of biggest proposed budget cuts:

* $1.5 trillion in cuts to Medicaidover 10 years, implementing work requirements as well as eliminating the Medicaid expansion under the Affordable Care Act. The budget instead adds $1.2 trillion for a “Market Based Health Care Grant”— that is, a block grant to states, instead of paying by need. It’s not clear whether that would be part of Medicaid.

* $25 billion in cuts to Social Securityover 10 years, including cuts to disability insurance.

* A $220 billion cut to Supplemental Nutrition Assistance Program(SNAP) over 10 years, which is commonly referred to as food stamps, and includes mandatory work requirements. The program currently serves around 45 million people.

* A $21 billion cut to Temporary Assistance for Needy Families, an already severely underfunded cash-assistance program for the nation’s poorest.

* Overall, there is a 9 percent cut to non-defense programs, which would hit Section 8 housing vouchers, public housing programs, Head Start, the Women, Infants, and Children (WIC) nutrition program, and Low-Income Home Energy Assistance Program, among others.

The working classes and oppressed peoples of the U.S. and around the world can no longer afford the unchallenged ideological positions of the Pentagon budget and the associated expenditures for so-called defense that are considered sacrosanct in the U.S. They cannot afford that much of the U.S. public is not concerned with issues of so-called foreign policy that the military budget is seen as part.

The racist appeals of U.S. national chauvinism in the form of “Make America Great” and the Democrats’ version of “U.S. Exceptionalism” must be confronted and exposed as the cross-class, white identity politics that they are. The fact that supposedly progressive or even “radical” politics does not address the issue of U.S. expenditures on war and imperialism is reflective of a politics that is morally and political bankrupt. But it also does something else. It places those practitioners firmly in the camp of the enemies of humanity.

“The fact that supposedly progressive or even ‘radical’ politics does not address the issue of U.S. expenditures on war and imperialism is reflective of a politics that is morally and political bankrupt.”

The objective fact that large numbers of the public accept that the U.S. can determine the leadership of another sovereign nation while simultaneously being outraged by the idea of a foreign power interfering in U.S. elections demonstrates the mind boggling subjective contradictions that exist in the U.S. For example – that an Alexandra Ocasio-Cortez can assert that she will defer to the leadership of her caucus on the issue of Venezuela or that Barbara Lee can vote to bring Trump’s budget proposal out of committee or that Biden can proudly support Trump’s immoral backing of a neo-fascist opposition in Venezuela and they will all get away with those positions – reveals the incredible challenge that we face in building an alternative radical movement for peace, social justice and people(s)-centered human rights.

So, we must join with U.S. Peace Council and the other members of the Anti-war, pro-peace, and anti-imperialist communities in the U.S. to “resist and oppose this military attack on our communities, our livelihoods and our lives.” This is an urgent and militant first step in reversing the cultural support for violence and the normalization of war that currently exists in the U.S. Now is the moment to demand that Congress reject and reverse the Trump Administration’s military budget and the U.S. Government’s militaristic foreign policy. But now is also the moment to commit to building a powerful countermovement to take back the power over life and death from the denizens of violence represented by the rapacious 1%.