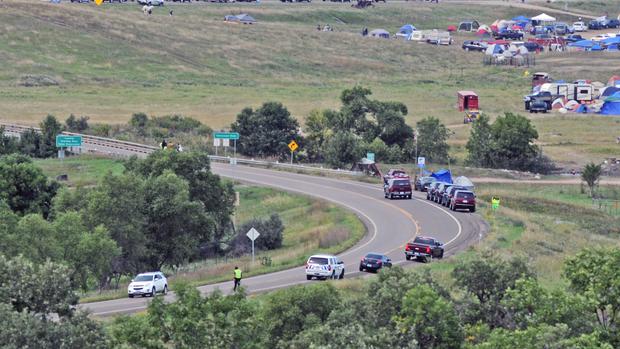 The protesters were arrested for various crimes ranging from resisting arrest, criminal trespass on private property and possession of stolen property. Tow trucks were summoned to impound five vehicles, which belonged to people who had been arrested, according to Donnell Preskey, spokeswoman for the Sheriff’s Department.

The arrests on Wednesday bring the total to 95 for activities related to Dakota Access Pipeline protests.