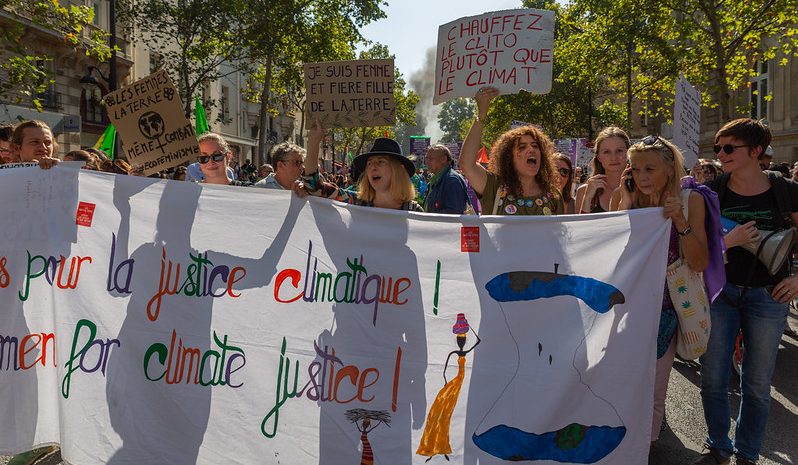 The “Stop the Money Pipeline” Mobilization aims to end the financing of fossil fuels and deforestation.

The action took place alongside today’s Fire Drill Friday protest at the Capitol led by Jane Fonda and allies. Fonda, Susan Sarandon, Greenpeace U.S. Director Annie Leonard, and dozens more marched down Pennsylvania Avenue from the Capitol to the Chase Bank branch to show solidarity with the protestors inside.

In the end, ten people were arrested for refusing to leave the bank when given a warning by the police. They included 350.org founder Bill McKibben, Friends of the Earth Vice President Liz Butler, Hip Hop Caucus Director Lennox Yearwood, and Divest-Invest Director Clara Vondrich.

Chase Bank is one of the three main targets for the Stop the Money Pipeline because of the bank’s outsized role in financing fossil fuel development. Since the Paris Agreement, Chase has provided $196 billion in finance for fossil fuels, 10% of all fossil fuel finance from the 33 major global banks.

Over the coming months, Stop the Money Pipeline will also be targeting two other companies that represent key pillars of the financial sector: BlackRock, the largest single investor in fossil fuels, and Liberty Mutual, a top global insurer of coal, oil, and gas. Activists also continue to put pressure on endowments, pension funds, and other major investors who haven’t yet divested from fossil fuels.