Above Photo: From Cbc.ca

RCMP officers enforcing a court-ordered injunction arrested three protesters Wednesday at an encampment next to the site of a controversial natural gas project at Fort Ellis, N.S.

Police said in a news release that three women were taken into custody for civil contempt of an injunction order after they refused to leave the camp.

The Indigenous protesters set up the camp more than two years ago to oppose a plan by the subsidiary of a Calgary-based company to create large underground caverns to store natural gas.

The company has said it plans to bring in heavy equipment to repair a pumping station near the river, which means the protest camp will likely be bulldozed.

Police also closed down a rural road leading to the site, which is north of Halifax, for several hours. The road was reopened around 2:30 p.m.

The protesters are concerned the nearby Shubenacadie River will be polluted if the company moves ahead with its plan to flush out underground salt deposits and then dump the brine into the river.

Alton has already received the environmental and industrial approvals it needs to proceed, including two environmental assessments and an independent third-party science review.

Last month, the Supreme Court of Nova Scotia issued a temporary injunction against the demonstrators, saying they have to move to a fenced-in area away from the site’s main gate. 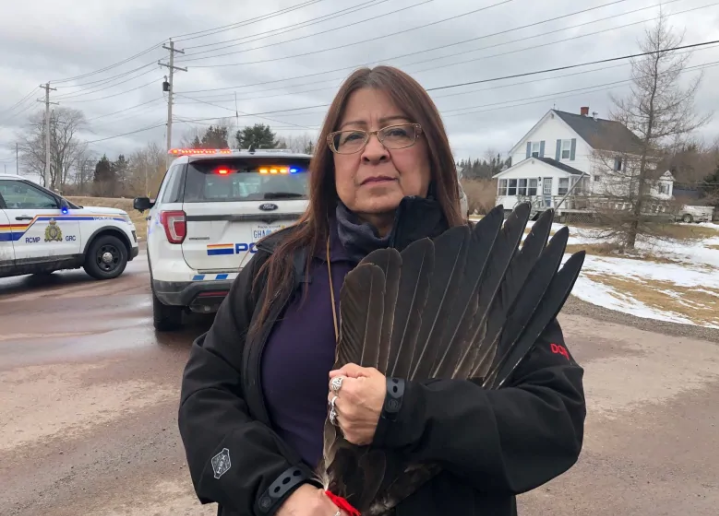 Protester Dorene Bernard arrived at the RCMP blockade and said she wished she could be up at the protest site to ‘witness it.’ (Carolyn Ray/CBC)

RCMP said earlier Wednesday they would first attempt to talk with demonstrators to try and get them to peacefully leave the site before making any arrests. The roadblock was located at the corner of Riverside Road and the old Trunk 2 highway, just north of Stewiacke.

It’s not clear how many protesters were near the Alton Gas site because the RCMP roadblock prevented reporters from getting a clear view of the area. Officers stationed at the roadblock wouldn’t say if there were any other people at the site besides the three women arrested.

RCMP said even with the roadblock now gone, they will continue to have an increased presence in the area to monitor the situation.

‘This is our treaty right’

Mi’kmaw activist Dorene Bernard, who is a member of the nearby Sipekne’katik First Nation, tried to reach the protest site Wednesday afternoon but was stopped by the RCMP roadblock.

“I don’t believe we should be prevented from going there to witness what is happening up there and that we should be cut off three kilometres away … from the treaty camp,” she said. 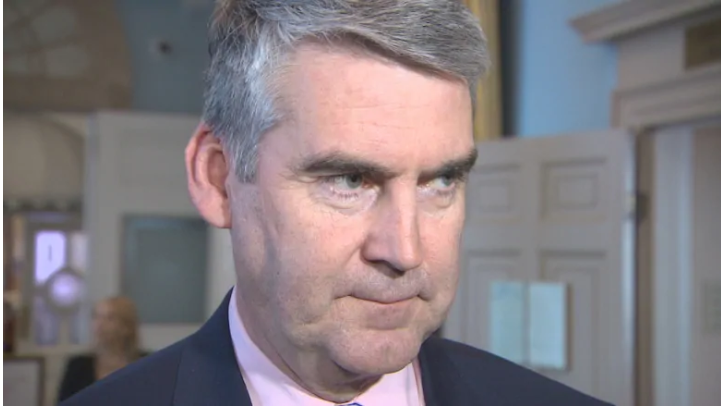 Premier Stephen McNeil says the Alton Gas situation is in the hands of police and the justice system. (CBC)

Michelle Paul was also stopped by the RCMP. She said she would like to see more people join the protest.

“They want to dump millions and millions of tonnes of salt into our Shubenacadie River. That river is connected to everything here. That means all the groundwater, aquifers, will be impacted. It’s just insane. It’s insanity,” she said.

Premier Stephen McNeil said he’s comfortable with how his government has handled the file.

“We’ve gone through the process of continuing duty to consult, which we did,” he said. “As you know, it was one of the few times not all of the Aboriginal communities were together, many of them supported the process we had gone through.

“We followed the court process and now it’s in the hands of the police and the justices.”