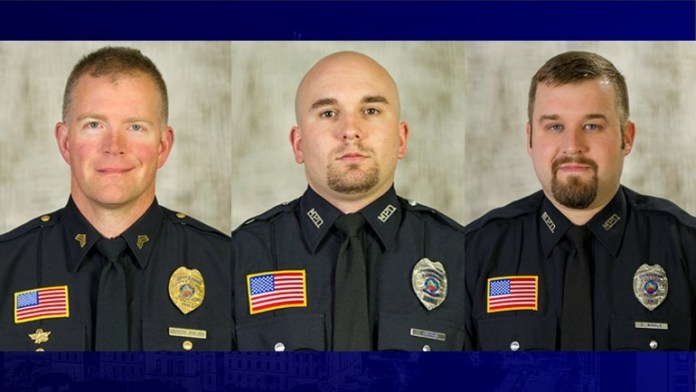 Accused of severely beating arrestees and attempting to cover up the repeated use of excessive force, three Indiana police officers were recently indicted on 12 counts. One of the officers is the former police chief’s son.

Charged with depriving four arrestees of their rights to be free from excessive force (resulting in bodily injury and/or involving the use of a dangerous weapon) and writing false reports about his use of force against those four arrestees and two additional arrestees, Winkle’s violent actions resulted in one of these arrestees suffering serious injuries and in another arrestee being knocked unconscious.

In 2018, police body cam footage recorded Winkle and another officer placing handcuffs on Jessie Vernon when he attempted to flee on drug charges but immediately fell to the ground instead. After the officers incessantly attacked Vernon and broke his collarbone on video during the arrest, prosecutors later dropped all charges against Vernon.

Charged with two counts of writing false reports related to two of Winkle’s excessive force incidents, Sgt. Krejsa allegedly minimized the level of force used by Winkle during one arrest, and, on another occasion, falsely represented that a different Muncie Police Department sergeant cleared Winkle of his use of force when it was actually Krejsa who conducted that review.

Accused of depriving an arrestee of his right to be free from excessive force by stomping on and delivering knee strikes to the arrestee’s head, which resulted in bodily injury and involved the use of a dangerous weapon, Gibson was charged with one count of excessive force.

Last month, Winkle was placed on unpaid suspension by the Muncie Police Merit Commission on the recommendation of the current Muncie Police Department Administration and the Mayor. Krejsa and Gibson have recently been placed on administrative leave.

On Friday, the DOJ announced a 12-count indictment against Winkle and Gibson for using excessive force and against Krejsa for attempting to cover up at least two of Winkle’s assaults against suspects.