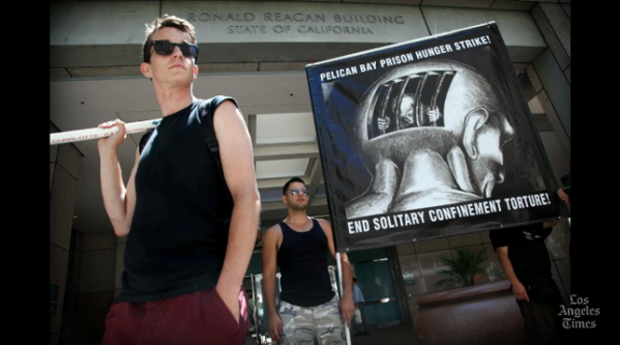 The protest was organized by a small group of inmates held in solitary confinement at Pelican Bay State Prison near the Oregon border. Their complaints focus on policies that put inmates in isolation indefinitely, some for decades, if they are suspected of having ties to prison gangs.

They want a five-year limit on such isolation. They also seek education and rehabilitation programs and the right to make monthly phone calls.

Last year, corrections officials began releasing inmates from isolation who showed no evidence of gang-related behavior. Nearly half of the 400 prisoners reviewed so far have been returned to the general inmate population.

Corrections policy is not to declare a hunger strike until inmates miss nine meals. Even so, Thornton said, Monday’s protest participants number far more than two years ago, when 11,600 inmates were refusing meals at one point.

Thornton said prisons operated as usual despite the protests. “Everything has been running smoothly,” she said.

The action coincided with the start Monday evening of Ramadan, the annual period during which Muslims fast from sunrise to sunset, possibly complicating authorities’ attempt to count the protesters.