40% Of Detroit Has No Internet, They Are Creating Their Own

Being stuck without access to the internet is often thought of as a problem only for rural America. But even in some of America’s biggest cities, a significant portion of the population can’t get online.

Take Detroit, where 40 percent of the population has no access to the internet—of any kind, not only high speed—at home, according to the Federal Communications Commission. Seventy percent of school-aged children in the city are among those who have no internet access at home. Detroit has one of the most severe digital divides in the country, the FCC says.

“When you kind of think about all the ways the internet affects your life and how 40 percent of people in Detroit don’t have that access you can start to see how Detroit has been stuck in this economic disparity for such a long time,” Diana Nucera, director of the Detroit Community Technology Project, told me at her office.

Nucera is part of a growing cohort of Detroiters who have started a grassroots movement to close that gap, by building the internet themselves. It’s a coalition of community members and multiple Detroit nonprofits. They’re starting with three underserved neighborhoods, installing high speed internet that beams shared gigabit connections from an antenna on top of the tallest building on the street, and into the homes of people who have long gone without. They call it the Equitable Internet Initiative. 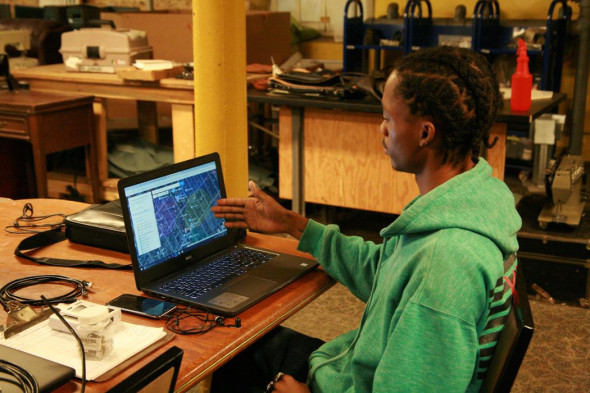 The issue isn’t only cost, though it is prohibitive for many Detroiters, but also infrastructure. Because of Detroit’s economic woes, many Big Telecom companies haven’t thought it worthwhile to invest in expanding their network to these communities, Nucera told me. The city is filled with dark fiber optic cable that’s not connected to any homes or businesses—relics from more optimistic days.

Residents who can’t afford internet, are on some kind of federal or city subsidy like food stamps, and students are prioritized for the Initiative, Nucera told me. The whole effort started last summer with enlisting digital stewards, locals from each neighborhood who were interested in working for the nonprofit coalition, doing everything from spreading the word, to teaching digital literacy, to installing routers and pulling fiber. 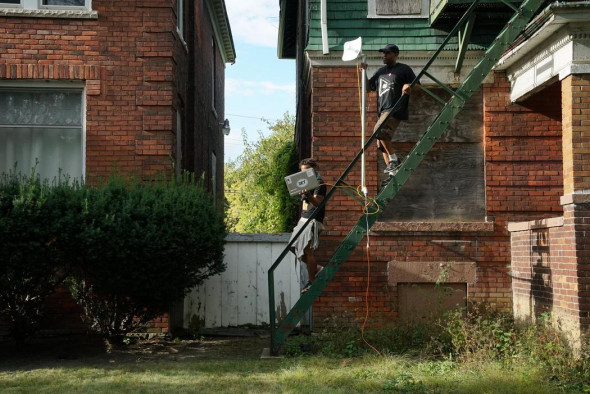 Many of these stewards started out with little or no tech expertise, but after a 20-week-long training period, they’ve become experts able to install, troubleshoot, and maintain a network from end to end. They’re also aiming to spread digital literacy, so people can truly own the network themselves.

“We want to make sure that we’re not just installing all the equipment, but also educating the community,” said Rita Ramirez, one of the stewards working on the project in Detroit’s Southwest neighborhood.

One component the groups are most eager to build out is the intranet that will result from connecting so many homes (about 50 in each neighborhood) to a shared wireless connection. They are encouraging local residents to take advantage of that intranet and build shared tools like a forum and emergency communication network that is completely localized and secure.

In a city that is rebuilding after a decade of economic turmoil, the internet can no longer be a luxury for the wealthy. Detroit’s renaissance won’t happen without each of the city’s diverse communities having access to the basic tools of modern work, education, healthcare, and communication. All of Detroit (or, certainly, more than 60 percent) needs access to the internet and the current structure established by Big Telecom hasn’t made this an easy goal.

“Communication is a fundamental human right,” Nucera said. “This is digital justice.”