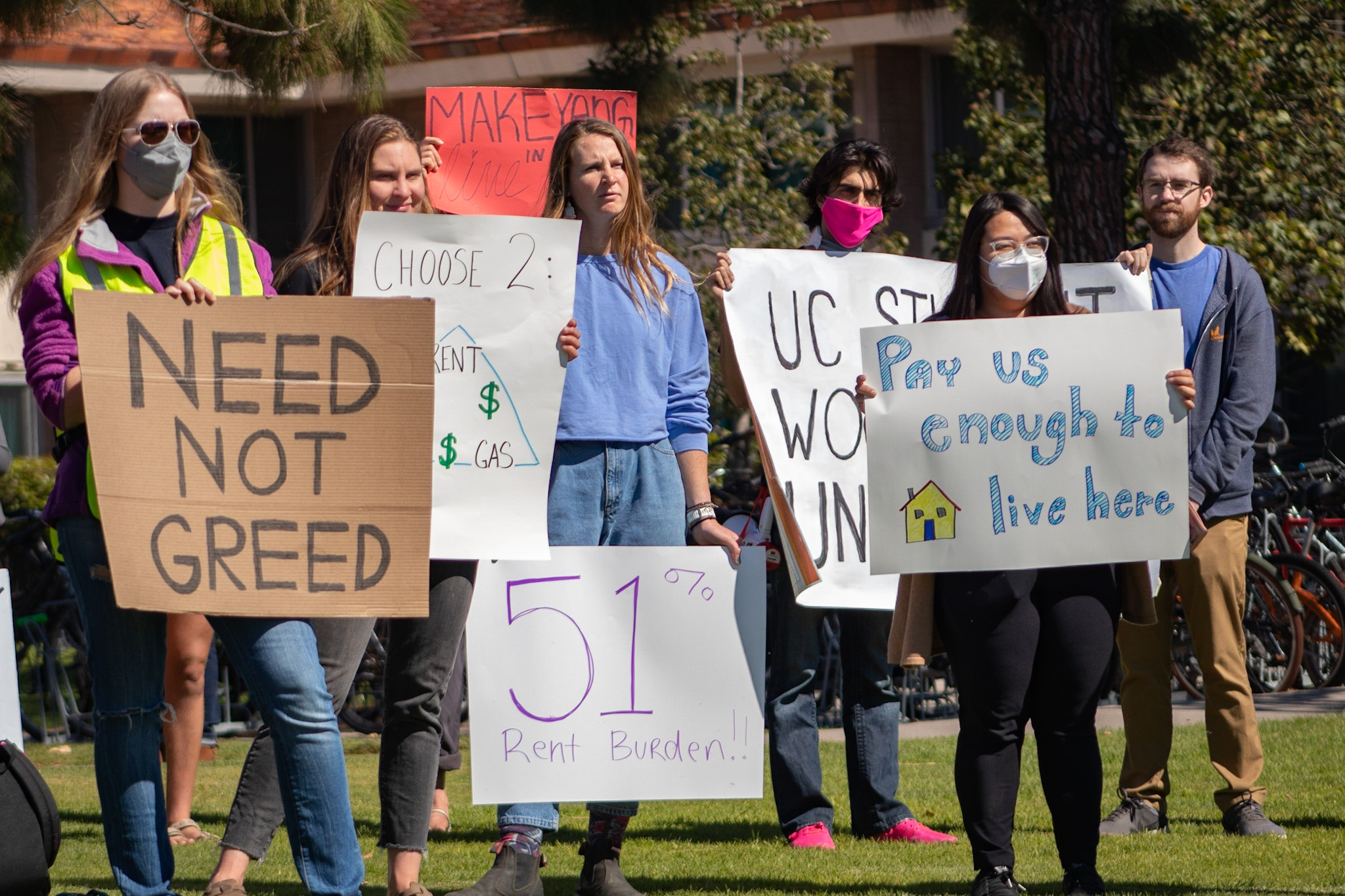 California – The three UC unions under the United Auto Workers (UAW) — Student Researchers United (SRU), UAW 5810 representing both postdoctoral and academic student researchers in separate bargaining units and UAW 2865 representing teaching assistants (TA), graduate student instructors, tutors and readers — each Organized strike votes across their four bargaining units from Oct. 26 through Nov. 2. If passed, the votes would give respective unions the power to call a strike should they choose, but would not guarantee they will.

UAW 2865’s recording secretary, fourth-year UC Santa Barbara history Ph.D. candidate and TA Janna Haider is one of two representatives from UCSB on the union’s bargaining team. Haider said the strike votes are the product of around 22 unfair labor practices (ULP) that were allegedly committed by the UC, alongside a failure to bargain in good faith.

The union began renegotiating their contract with the university this year on March 2 with the central element of the campaign being ending rent burden.

“The centerpiece of this bargaining campaign this campaign cycle has been ending rent burden,” she said. “90% of grad students across the University of California are rent burdened at 30% or more. We’ve reached this point of just flat-out unsustainability.”

If the union calls a strike, TAs would immediately cease hosting sections and graduate student instructors would stop teaching their courses, according to Haider.

“The goal of the strike would be to provide the maximum amount of disruption to the university,” she said, adding that the union would prefer to solve its disputes at the bargaining table.

Haider criticized the hypocrisy of every UC Chancellor receiving significant pay raises earlier this year while TAs across the UC system struggled to afford housing.

“Henry Yang got the largest raise by percentage. His raise was 28% and it put him over the threshold to earning $500,000 a year, although earning is certainly a strong word,” Haider said. “If I were to get a 28% raise tomorrow, I would still be rent-burdened.”

One contract article the union sought to renegotiate was the child care stipend, with the union requesting the amount be raised to $6,000 per quarter from the existing $1,100. Haider said she is working on another article seeking to defund the University of California Police Department’s (UCPD) $155 million annual budget.

“The existence of police in the workspace poses a threat to academic student employees, particularly those who are Black, disabled or hold any number of other marginalized identities that are frequent targets of police violence,” she said. “Defunding UCPD would go a long way to paying for the cost of living raises that we’re demanding.”

Haider said that the UC has shown no indication of actually acknowledging the widespread housing struggles that student employees experience across California.

“We have not gotten any indication that they either recognize [the struggles] or maybe they do recognize but they just don’t care exactly how impossible it is to live in some of these cities on the salaries that we’re making currently,” she said.

At least 10 departments across UCSB — including the history, English, music, sociology and global studies departments — indicated in preliminary polls a majority willingness to strike, according to Haider. A strike would be avoided if the university worked to remedy the ULPs and grant student workers a livable wage, she said.

“The university could do the right thing tomorrow and cure all these ULPs and, while they’re at it, give us enough money to live with a work like this. It is entirely up to the university really whether or not we go on strike.”

If the unions vote to authorize a strike, any one of them would be able to call a strike over any single alleged ULP. Should that happen, Haider said, the other units would be able to call “sympathy strikes” in solidarity — a legal avenue that could see the three union’s collective 48,000 members across the UC system go on strike simultaneously.

Collective action between the three unions has produced results in the past, according to Haider.

When UAW 5810 first put forward an article advocating for a “respectful work environment,” the UC was dismissive.

“This provision would require that — to put it very bluntly — faculty, principal investigators and advisers not bully their graduate students,” she said. “The university wasn’t dealing. They have this very ridiculous argument about academic freedom that somehow it would violate free speech.”

However, after UAW 2865 and SRU both introduced the article at their bargaining tables, the university folded across all four bargaining units and accepted their proposal.

The UC Office of the President did not respond to a request for comment.