5 Facts About Black People In The U.S.

Above Photo: Angel C. Dye (left) celebrates her graduation from Howard University in Washington, D.C., with her friend Renee Walter on May 13, 2017. (Marvin Joseph/The Washington Post via Getty Images)

More than 40 million blacks live in the United States, making up around 13% of the nation’s population, according to 2016 Census Bureau estimates. Here are five facts about the U.S. black population today, drawn from Pew Research Center studies in the past year. 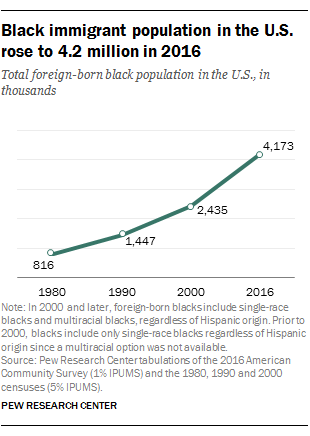 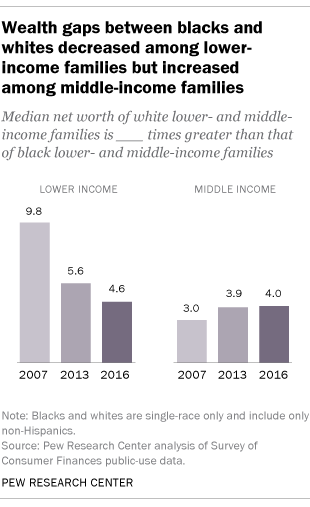 3Black households have only 10 cents in wealth for every dollar held by white households. In 2016, the median wealth of non-Hispanic white households was $171,000. That’s 10 times the wealth of black households ($17,100) – a larger gap than in 2007. The Great Recession of 2007-2009 triggered a stark decline in wealth for U.S. families and further widened the already large wealth gap between white and black households. Yet the black-to-white wealth gap has evolved differently for families at different income levels, according to a Pew Research Center analysis of Federal Reserve data. The wealth gap increasedbetween middle-income black and white families, but shrank between lower-income black and white families from 2007 to 2016. Much of the reduction in the wealth gap among lower-income families was driven by a sharp decrease in wealth for whites. 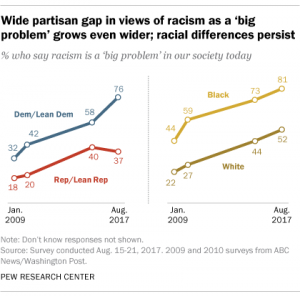