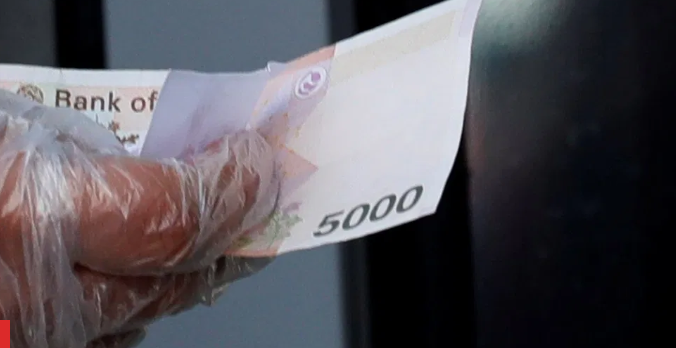 5 Lessons For Using Universal Basic Income During A Pandemic

Above Photo: From Brookings.edu

Editor’s Note: Ugo Gentilini argues that in fighting COVID-19, there might well be a role for a one-off universal basic income, but careful deliberation is needed to establish whether this is the best policy response.

When crises hit, cash transfers are a part of the package of policies that governments deploy to ameliorate their economic effects. Whether it’s about refugees, economic downturns, or natural disasters, countries have used cash extensively. Empirical evidence shows that cash transfers are generally spent judiciously, they can save lives and, if they are designed well, can help people get permanently out of poverty.

But there is more to it. More recently, it has become clear that cash injections can spark wider knock-on benefits. In Africa, the provision of $1 in such programs generated between $1.27 and $2.60 in local economies. In the United States, a dollar’s worth of SNAP, a quasi-cash scheme, leads to $1.79 in economic gains. And even amid the EU’s recession a decade ago, every cash euro generated 85 euro cents in economic activity.

The question is: Could cash transfers help offset some of the economic damage being wrought by COVID-19? It’s not a hypothetical question. In responding to the novel coronavirus, countries like Indonesia, Malaysia, and China are anticipating, expanding, and increasing payments of their flagship cash programs. And so is the U.K. Because of the universal nature of the virus, some countries are considering universal transfers. These include the provision of cash to everyone with no strings attached, namely universal basic income (UBI)—the subject of our new book.

ONE TOOL, MANY OBJECTIVES

Each of these objectives has different implications for how UBI has to be communicated to the public, how it is perceived and supported societally, and how it is designed. For example, the amount of cash provided as a token for social contracts may hardly be adequate to make a dent in poverty. Trade-offs and expectations need to be managed.

The COVID-19 epidemic is now presenting policymakers an opportunity to consider a new approach to UBI—a one-off cash transfer to stimulate consumer demand. This could be implemented as monetary levers at the disposal of central banks, or as part of fiscal packages rolled out by ministries of finance.

There are precedents: Kuwait had such one-off transfers in 2011, while Australia did a similar injection in 2009. Policymakers have taken note and are now considering one-off cash transfers as a serious policy option.

In fact, Hong Kong has already announced that it will reach its 7 million adult residents with a one-off payment, and the European Union is pondering doing so as it “turns every stone.”

Previous experiences with UBI and UBI-like interventions provide five lessons. They have to do with inflation risks, strains on delivery systems, communication, synchronization with other safety nets, and using temporary crises to make permanent changes.

In fighting COVID-19, there might well be a role for developing this new form of one-off cash transfers. Hopefully cross-country learning on cash transfers will spread faster than the virus.