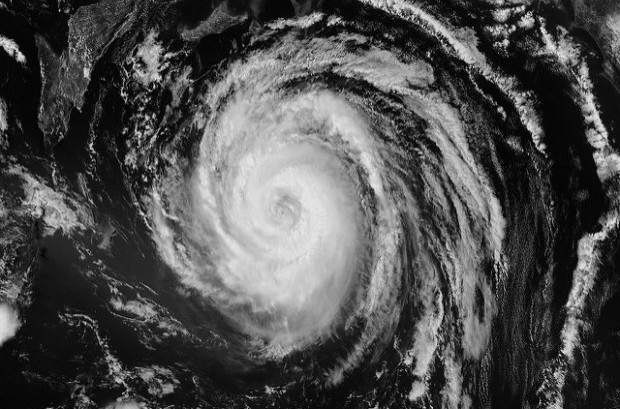 October 29 marked the five-year anniversary of landfall by the hurricane known as Superstorm Sandy on the New York/New Jersey coast. The storm resulted in at least 182 deaths in the US and the Caribbean, including 43 in New York City, and caused an estimated $71 billion in losses in the US alone. Half a decade on, many are still suffering the impacts of that storm and much of the population remains vulnerable to catastrophic damage from future storms, preparations for which have barely begun or remain totally unaddressed.

Sandy caused severe damage to many coastal communities in New Jersey and New York. And yet, despite the claims of city and state officials, the commitment of resources for reconstruction and storm-protection upgrades has been totally inadequate to address the threat. Even that which has been allocated is far from spent. By the spring of 2015, for storm recovery in New York City alone, the Federal Emergency Management Agency (FEMA) had pledged $5.8 billion. According to the Daily News, two and a half years later, much of that money has yet to be spent, and mandated deadlines for project completion are fast approaching. In the wake of the recent major hurricanes in Puerto Rico, Texas and Florida, already inadequate FEMA funding will be spread even more thinly.

Among the hardest hit areas in New York City were 33 public housing complexes run by the New York City Housing Authority (NYCHA). Many of these developments, occupied by low-income, working class tenants, were built in low-lying parts of the city, next to bodies of water, on filled-in wetlands, which at the time were unattractive and, therefore, cheap real estate. As a result, when Sandy hit, and in many cases for days or weeks afterward, tens of thousands of residents were trapped without electricity, hot water, working toilets or access to food. Evacuation before the storm was disorganized at best or totally nonexistent. Afterward, even emergency medical services for elderly and disabled residents were severely hampered, as a result of inoperative elevators in the high-rise buildings.

Even before Sandy, NYCHA housing, once more of a model of what public housing could be, had suffered from decades of budget cuts, resulting in deteriorating living conditions for hundreds of thousands of residents. Now, five years after the hurricane, many repairs and upgrades to prepare for future storms are still months or years away from completion. Among the 33 affected complexes, planned projects have been completed in only one; 17 are in progress, and 15 have still not begun.

After five years, the city’s Build It Back program covering private residences, which was supposed to get families quickly back into their storm-damaged homes, is still only 87 percent completed, with the remaining families living in limbo. The program has been criticized for cost overruns due to inflated charges by major contractors and shoddy work.

Work on many other components of the city’s facilities and infrastructure is also unfinished.

Of 42 public schools that were affected by the storm, flood protection upgrades to 17 are still not completed. Much of the planned flood-proofing and upgrades at city hospitals is not completed or has yet to begin.

Among the vital infrastructure projects, construction of a replacement for the North River Tunnel, the only passenger rail link between New Jersey and New York City across the Hudson River, is still only in the preliminary planning stages. The existing tunnel, severely damaged by salt water inundation during Sandy, serves both daily commuters and long-distance passengers along the Northeast Corridor between Boston and Washington. Without a replacement, another flood could destroy the tunnel and cause catastrophic disruption of the entire region’s economy. Flooding by Sandy also caused substantial damage to the city’s subways.

A large swath of lower Manhattan, home to hundreds of thousands of jobs and residences, which suffered major flooding during Sandy, remains unprotected. Only one 3.2-mile stretch of the East River waterfront, from the Brooklyn Bridge to 23rd Street, is even in the design stage.

The city’s Office of Recovery and Resiliency reports that dozens of planned projects are already past their scheduled completion dates.

Even when all the currently planned projects are completed, they will represent only a piecemeal response to these overwhelming storms. New York City, composed of five boroughs, four of which are on islands, has a total coastline of 520 miles. Approximately 400,000 city residents live in floodplain areas. Individual, localized projects cannot protect all of the city’s low-lying areas, let alone the associated consequences to the neighborhoods in higher elevations. A study by the city’s Economic Development Corporation (NYCEDC) found that during Sandy, so-called backdoor flooding caused enormous damage and that it could happen again. The New York Timesquotes the assessment of one local leader in the Broad Channel neighborhood on Jamaica Bay in the borough of Queens as predicting, “All of these neighborhoods, tens of thousands of people, will just get flooded again from the back in another Sandy event.”

The bottom line is that, when the next major storm hits the region, the consequences will again be catastrophic. And the situation will be worse in the future. A study recently published in the Proceedings of the National Academy of Sciences (PNAS) predicts that floods of 7.38 feet (2.25 meters), close to that of Sandy, could hit New York City as often as every five years between 2030 and 2045. The probability of such events is judged to have been once in every 500 years before 1800 and currently every 25 years. This represents a jump of two orders of magnitude from pre-industrial conditions!

The PNAS study further warns that sea level at New York City could rise more than 8 feet by the end of the century if there is a rapid melt of the West Antarctic ice sheet. Another article in PNAS reports that sea level rise during the twentieth century has been more rapid than in the last 27 centuries. The city has experienced a foot of sea level rise since 1900.

As with the examples of Katrina, prior to Sandy, and more recently Harvey, Irma and Maria, not to mention the huge wildfires in the western US, the capitalist elite is unwilling to address in any effective way either the causes or the consequences of the increasingly devastating effects of climate change. If present trends continue, both the frequency and severity of these events will increase.

In one storm after another, it is working class communities, where people are forced to live in marginal and highly vulnerable areas, which suffer the greatest impacts and are left largely to fend for themselves. Uncontrolled development in such areas exploits workers’ need for affordable housing and leaves them destitute when their only tangible assets, their homes and personal belongings, are destroyed.

Beyond the absolutely necessary measures to protect vulnerable communities in the near term, not only in the US but around the world, a massive global effort must be undertaken to halt and reverse the human-induced causes of climate change. As experience has shown, this will not happen under capitalism. Only a workers’ government, implementing sweeping socialist policies, can prevent the otherwise inevitable catastrophe of environmental degradation that will render the planet unlivable.