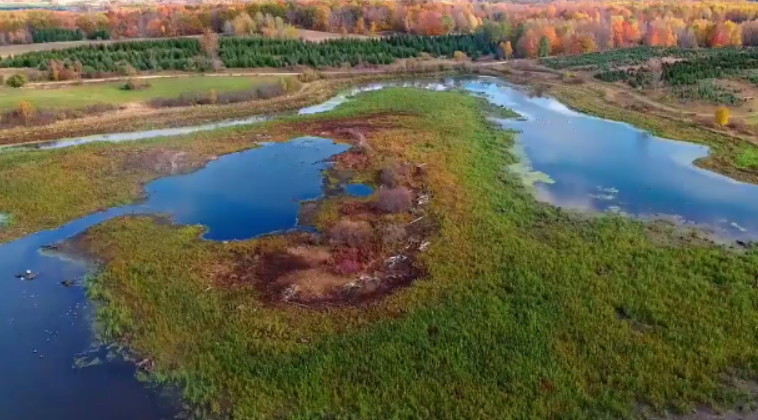 When Governor Whitmer signed the bipartisan Building Michigan Together Plan, she chose to allow a $50 million subsidy to Michigan Potash Company to remain in the bill. MCWC and other concerned groups and citizens learned about this gift to a poorly conceived start-up project only days before the bill came out of the legislature for signature. We have been investigating and opposing this unnecessary and potentially destructive scheme for the last 6 years. Clearly neither the legislature nor the Governor took the time to investigate this venture before slipping it into the otherwise decent infrastructure bill.

The people of Michigan deserve a better deal. This totally inexperienced start-up company, based in Colorado, attempts to raise funds to establish a potash mine in Osceola County in a location that has previously been tried and abandoned by three experienced multinational corporations. The project is to be located amid sensitive wetlands, nowhere near transportation infrastructure, and will attempt to access and pollute so much freshwater that it will dwarf the extraction of Nestle/Blue Triton only 8 miles away. The attached facts, readily available to anyone who cares to investigate before giving away state money, should have been discovered by our legislature and Governor before granting this subsidy. They should have been taken into account before the former DEQ granted permits with no study whatsoever for 8 production wells and 3 injection wells on the property.

We asked the Governor to line-item veto this subsidy and the response we got when she refused to do so, included a summary of the goals of the bill. One of those goals was to “protect groundwater resources.”  She goes on to say the “investment in the Michigan Potash and Salt Company” includes requirements that “the company must follow all federal, state, and local permitting and regulatory requirements in order to operate. My administration will ensure that all rules and standards are followed for public and environmental health.” Past performance by government agencies during the previous administration has proven otherwise. Unfortunately the current administration has not yet taken the time to rectify the shoddy regulatory performance of the past or they would never have rubber-stamped this subsidy. Lobbyists for Michigan Potash were able to jump on the bandwagon using the war in Ukraine as a pretext, accessing public money to enrich private-equity investors.

Here are a few things that should have been considered and that we hope will be taken into account when the oversight promised is implemented:

In press releases, the company usually warns of the “security risk” of relying on imported potash “from countries such as Belarus and Russia.” They don’t mention that 83% of it comes from mines located just across the border in Canada which have easy, direct rail access into our agricultural heartland, nor that, as the world’s largest producer, Canada could easily supply 100% of our needs.

According to company statements, they expect to recycle between 81 and 90% of the water used to dissolve the potash. Whatever their most recent claims about recycling, their own numbers indicate that, each minute, they plan to remove from the local aquifer approximately 2,250 gallons of fresh, potable, groundwater. They will do this around the clock, year in, year out.

To make matters worse, this water, as toxic brine, will be disposed of in the injection wells in a manner that removes it from the water cycle for all time. This is, by no stretch of the imagination, a “closed loop system.” Working from more recent numbers put out by the company, they will withdraw approximately 1.2 billion gallons of water a year, with no study done on the effect this will have on local wells and the wetland environment nearby.

It is worth pointing out that, during the area’s previous “potash boom” local Michigan farmers received no sort of price breaks on their potash needs. It’s also worth noting that, more and more farmers are learning that their fields don’t actually require potash, and that in many instances this particular form of potash salt (potassium chloride or “muriate of potash”) has been harming their crops and soils.

State and federal regulators (EPA, DEQ, EGLE) have been more or less AWOL since the inception of this project. Instead of requiring any sort of environmental testing, studies, or assessment pertaining to their site, the company got away with submitting a 4-page questionnaire (partially filled out) to which they attached an impressively thick stack of pages lifted from an Environmental Impact Assessment (EIA) done by PPG Industries 40 years ago for their own site (despite their proximity, the two sites differ dramatically, especially in regard to shallow hydrogeology, wetlands, and drainage patterns). The company put their own name and logo all over these pages. Then the DEQ/EGLE allowed this cut and paste from old documents on an entirely different site to substitute for a legitimate Environmental Impact Assessment.

May reason and good science prevail when government oversight is applied by grant administrators as to how Michigan Potash uses this taxpayer gift of $50 million. There are so many better ways to protect our groundwater, and so many better jobs to offer Michigan residents building out public, clean water infrastructure than the dirty jobs of industries that only pollute and plunder for private-equity investors.

For a deeper investigation of this proposed potash site, visit our website at saveMiwater.org.