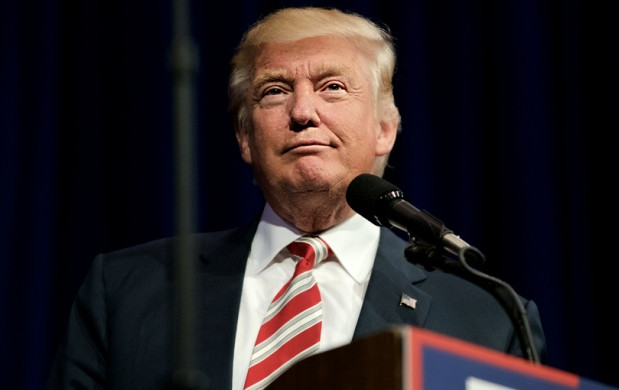 Note: Donald Trump will sell his tax plan as tax cuts for working people. The reality is very different. His tax plan is about oligarchs — the wealthy and big business interests — getting massive tax cuts while working people are given crumbs. The massive loss of funds to the federal budget will force austerity on many Americans with cuts to vital services. Below are the facts. KZ

If Congress takes up tax reform in early 2017, the White House will push cuts that would benefit the wealthy, including the president-elect himself and his family members.

On the campaign trail, Donald Trump promised the biggest tax cuts since the Reagan era and proposed reforms that would drastically increase our country’s already extreme levels of inequality. Now theRepublican-controlled Congress is considering ramming through tax reforms in the first half of 2017, using a “fast-pass” process called reconciliation that requires just 51 votes in the senate. If Trump’s plan becomes the blueprint for this reform, these would be the six worst features.

1. Gives huge tax breaks to the rich and corporations, loses $6.2 trillion over 10 years, and if paid for will require deep cuts to domestic services. Three-quarters of lost revenues are from corporate and business tax breaks largely benefiting the rich. The top 0.1 percent of households, which includes Trump’s, will get an annual tax cut of about $1.1 million each. Nearly half (47 percent) of the tax cuts will go to the top 1 percent of households; each one will get an average tax break of nearly $215,000 a year. The bottom 20 percent will get a tax cut of $110. Trump’s plan will increase the deficit by $7 trillion, unless massive cuts are made to benefits and services that working Americans depend on.

2. Slashes corporate tax rates by nearly 60 percent—from 35 percent to 15 percent — losing $2.6 trillion over 10 years. Corporations are already dodging their fair share of taxes at a time of record profits. Only $1 out of $9 of federal revenue now comes from corporate taxes. Sixty-five years ago, it was $1 out of every $3.

4. Increases taxes on nearly 9 million families while reducing the top tax rate on the wealthy from about 40 percent to 33 percent. Trump lowers and consolidates tax brackets, which would cost $1.5 trillion over 10 years.Even as taxes would decline a lot for the rich, they would increase for 8.7 million mostly low-and middle-income families with children, including more than half of single parents.

5. Cuts taxes on hedge funds and other “pass-through” businesses by $900 billion — personally benefiting Trump—and allows high-wage employees to dodge another $600 billion. Many Wall Street firms, law practices and other big-money outfits organize as partnerships or other business entities that allow them to pay their business taxes at individual rates. Trump would cut the tax rate on the owners of these so-called “pass-through entities” by as much as two-thirds, to just 15 percent. Owners of larger pass-throughs would be taxed at the dividend rate of 20 percent. These special low tax rates are expected to entice half of high-paid wage earners to call themselves contractors in order to be treated as pass-through entities. Trump is the sole or principal owner of 500 pass-through entities. He would personally benefit from this massive tax giveaway that’s been appropriately dubbed the “Trump Loophole.”

6. Eliminates the estate tax to boost the inheritances of millionaires and billionaires — which could give Trump’s heirs a tax break of billions of dollars. Trump would eliminate the federal estate tax, which is only paid by very wealthy families. Just one in 500 estates is affected today, those worth at least $5.5 million. The estate tax is a small curb on the accumulation of dynastic wealth and a key tool in reducing economic inequality. Eliminating the estate tax (while taxing capital gains of large estates at death, as Trump also proposes) would lose $174 billion over the next decade. Assuming Trump is worth the $10 billion he claims, his heirs could gain billions if his plan is adopted.