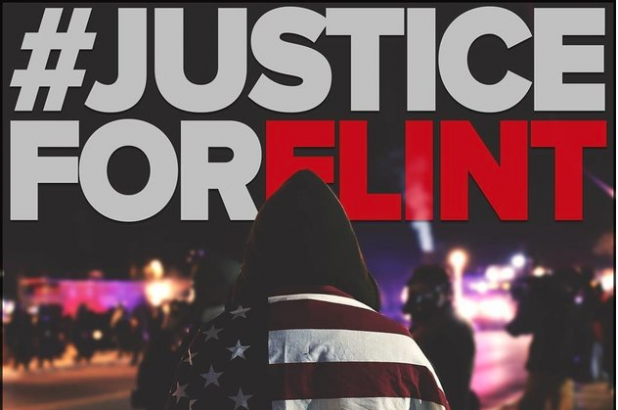 Above Photo: Blackout For Human Rights

The most important star-studded event taking place Sunday night wasn’t the Oscars — it was director Ryan Coogler’s #JusticeForFlint charity concert. The event, which was held at the Whiting Auditorium in Flint, Michigan, helped to raise tens of thousands of dollars for residents affected by the Flint water crisis, and provided them with “a night of fun, relaxation, and entertainment.”

Below are just a few of the stand out moments from the show:

1. Host Hannibal Burress’s jokes were funny but also so real.

“Water in Flint should be free forever.” I know @hannibalburess was joking but it should be. Residents need reperations #JusticeForFlint

2. Flint youth poets’ performed a powerful poem about the crisis in their city.

3. Ledisi sang Sam Cooke’s ‘A Change Is Gonna Come,’ and brought these lyrics to life:

“Life can bring us through many changes it’s alright // Just don’t give up know that it’s gonna be alright” SING, @Ledisi! #JusticeForFlint

4. A Flint mother shared her painful story of a miscarriage due to the water crisis.

One of these poets was pregnant w twins & lost them. A direct result of lead poisoning. She’s here, now. Overstand that. #JUSTICEFORFLINT — jesseWilliams. (@iJesseWilliams) February 29, 2016

5. Jazmine Sullivan performed an amazing mini-set, in which she sang her first single, “Need You Bad.”