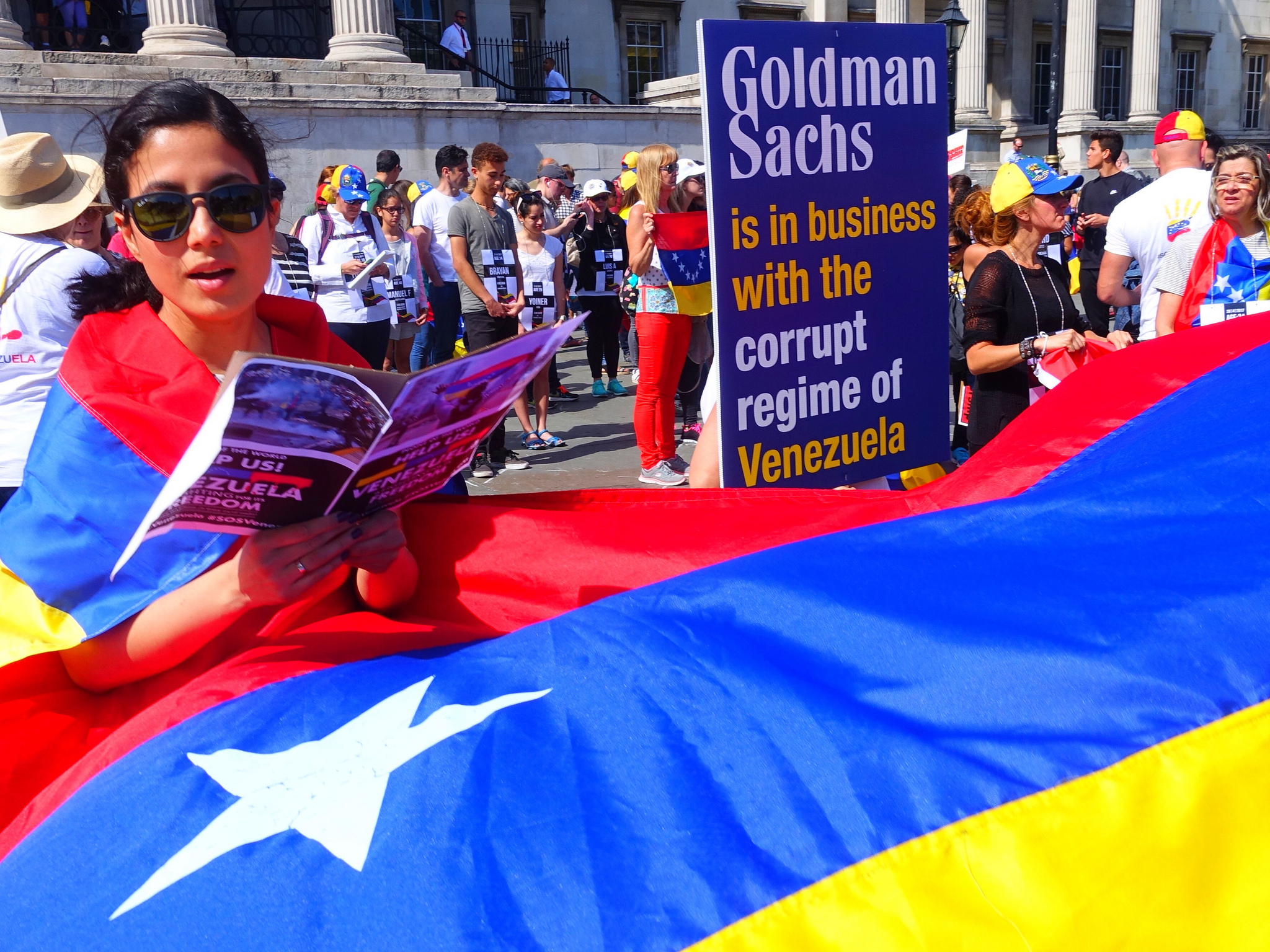 January 29, 2019 “Information Clearing House“ –    More than eight out of ten Venezuelans oppose international intervention, both military and non-military, in their country, as well as the crippling sanctions imposed by the United States to force leftist President Nicolás Maduro out of power.

According to a study conducted in early January 2019 by the local polling firm Hinterlaces, 86 percent of Venezuelans would disagree with international military intervention. And 81 percent oppose the US sanctions that have gravely hurt the South American nation’s economy.

This poll was conducted before the Donald Trump administration launched a political coup in Venezuela on January 23, attempting to replace its government with a right-wing opposition that has made it clear that it seeks to impose neoliberal capitalist economic policies.

Hinterlaces is led by the independent pollster Oscar Schemel, who has experience studying numerous elections in Venezuela and has a pro-business perspective. Most polling firms in the country, such as the competitor Datanálisis, tend to be pro-opposition. Hinterlaces is more neutral, and often leans toward the government, although Schemel has criticized some of Maduro’s economic policies.

English-language media outlets frequently ignore local polls done inside Venezuela, and if they do report on them, they tend to publish the results of polling firms run by pro-opposition figures.

The Grayzone has translated the findings of a Hinterlaces study conducted between January 7 and 20. The following data is based on direct interviews with 1,580 Venezuelans from all across the country, and was reported on the program José Vicente HOY on January 27.

Do you agree or disagree with the US economic and financial sanctions that are currently applied against Venezuela to remove President Maduro from power?

Would you agree or disagree if there were international intervention in Venezuela to remove President Maduro from power?

Would you agree or disagree if there were international military intervention in Venezuela to remove President Maduro from power?

In general do you agree or disagree with a dialogue being held between the national government and the opposition to resolve the current economic problems in the country?