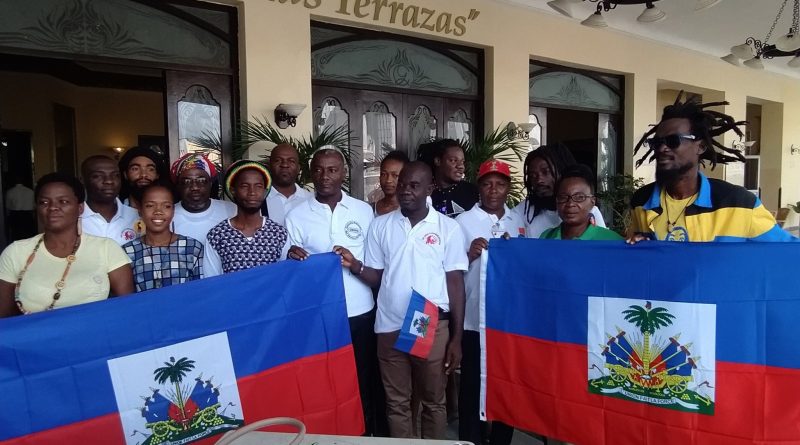 Caribbean social movements and organizations, artists, and intellectuals, among others, gathered in Cuba’s Santiago for the IX Assembly of Caribbean People under the theme: “Culture, resistance, sovereignty, revolution.”

Participants honored and paid visits to National Hero José Martí; Carlos M. de Céspedes, the Mother of the Homeland, Mariana Grajales, and to the historic leader of the Revolution, Fidel Castro.

Welcoming remarks were made by René Berenguer Rivera, secretary general of the Central de Trabajadores de Cuba (CTC) in Santiago de Cuba. Camille Chalmers, organizing secretary of the Assembly of Caribbean People (APC) made the opening speech on behalf of the delegates, stressing the importance of this assembly being a forceful response to the hybrid wars and the new imperialist offensive.

The 46 delegates from 10 countries then took part in discussions and analysis of a range of issues and struggles facing the region, such as struggles for sovereignty and proposals for a new world.

The APC’s main objectives are said to be “to support and contribute to the strengthening of social movements and organizations in the Caribbean, favoring its unity and articulation, to promote a Caribbean identity based in the respect for diversity and the resistance faced with all attacks, manifestations of colonial domination and other forms of imperialist oppression against our countries; to stimulate the struggles of the people of our region faced with the predatory consequences of neoliberal and capitalist globalization and its models of bilateral and regional free trade.”

The ninth Assembly also coincided with the 41st anniversary of the Caribbean festival in Santiago de Cuba.