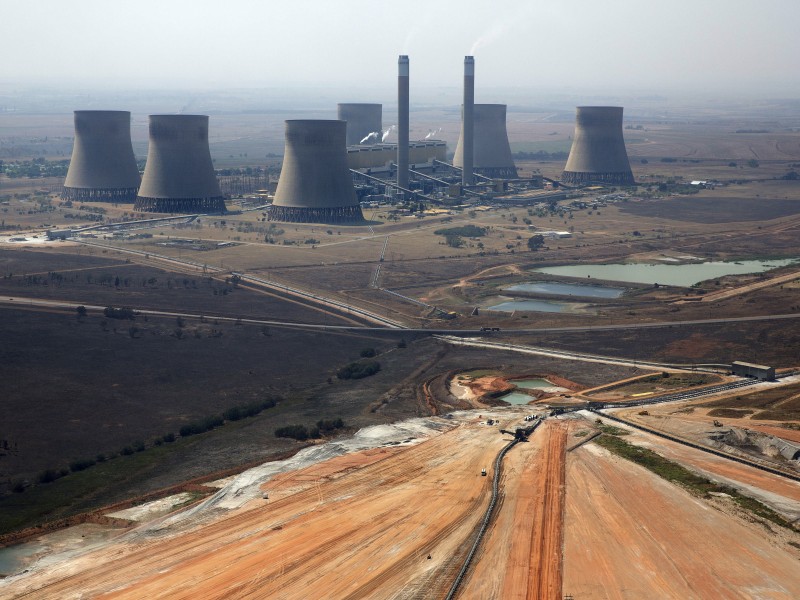 A Fight For The Right To Breathe Begins In South Africa

South African environmental justice advocates are suing the government to force it to clean up the air in the country’s Mpumalanga Highveld region.

In the mid-1990s, South Africa’s post-apartheid government overhauled the nation’s constitution. Among the reforms, the country’s leaders adopted a bold, sweeping protection for the land and its people: the right to a healthy environment.

Now, as scientists warn that all countries must take bold, sweeping action to avert the worst effects of a climate crisis, South African environmental justice advocates are testing that constitutional right. They are suing the government to force it to clean the dirty air that smothers South Africa’s Mpumalanga Highveld region.

Throughout much of the year, the 3.5 million residents of the Mpumalanga Highveld breath a toxic haze of pollutants released from the smokestacks of 12 coal-fired power plants operated by Eskom, South Africa’s beleaguered national public utility. The many coal mines in the region also pollute the air.

Most of Eskom’s power plants are ancient, and spew out a toxic cocktail of pollutants such as mercury, sulphur dioxide, and particulate matter (PM), a mixture of extremely small particles and liquid droplets that enter the lungs. These pollutants kill Highveld residents prematurely and cause them to suffer from respiratory and cardiac-related illnesses.

A recent report estimated that PM and sulphur dioxide emissions from the 12 Eskom power plants, in addition to two other facilities, caused up to 650 early deaths in the Highveld region in 2016. This pollution disproportionally harms the poor, densely populated black townships in the region.

The South African government has acknowledged the problem. In November 2007, the Minister of Environmental Affairs declared the Mpumalanga Highveld a “priority area” under the Air Quality Act. The government stated at the time that the “people living and working in these areas do not enjoy air quality that is not harmful to their health and well-being,” as required by South Africa’s constitution.

Unfortunately, the situation has not improved. For example, PM measurements in the area regularly exceed two to five times the legal limit. Although governments throughout the world allow some amount of PM in ambient air, the World Health Organization warns that there are no safe levels of exposure.

In short, the Highveld Priority Area has dismally failed in its purpose: to improve air quality to ensure the constitutional rights of the people of the Mpumalanga Highveld to a healthy environment.

For two environmental justice organizations, groundWork and Vukani Environmental Justice Movement in Action, enough is enough. In June, they launched a landmark litigation in South African High Court demanding that government clean up the air in the Mpumalanga Highveld. groundWork and Vukani, represented by the Centre for Environmental Rights (CER), a close partner of Earthjustice, claim that the government’s failure to improve the deadly air quality in the Highveld Priority Area violates the constitutional right to a healthy environment for the people living and working in the Highveld Priority Area.

“groundWork and the communities we represent have consistently been highlighting the issue of air pollution and its negative impacts on human health, and our lived experience is that government is not holding the big polluters to account,” says groundWork director Bobby Peek. “This is a public health crisis that can no longer be ignored.”

This is the first case in South Africa asking courts to decide whether environmental deterioration violates the right to a healthy environment. Communities breathing dirty air around the world and their governments will be watching with keen interest. Let us hope that clean air prevails.