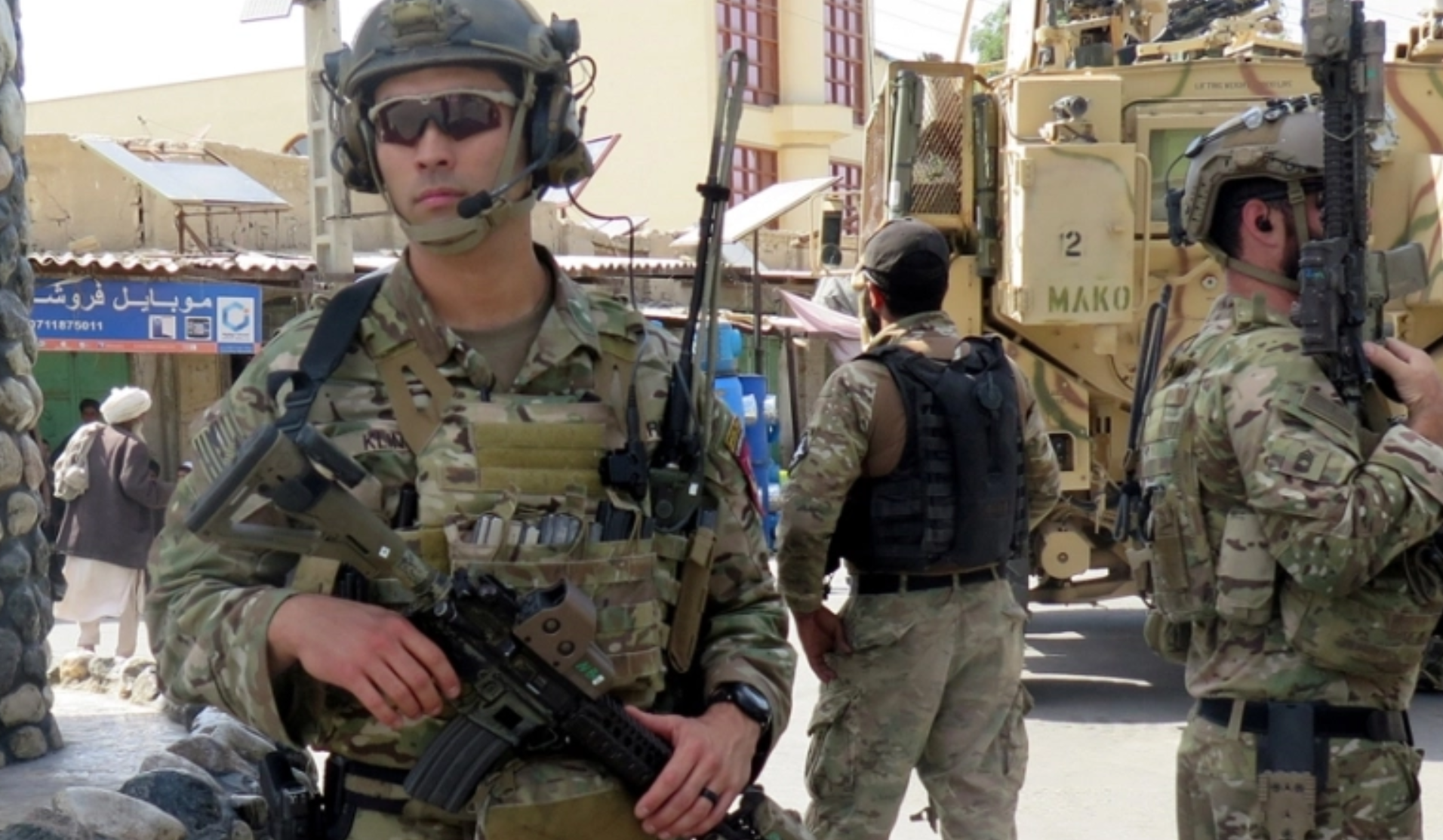 A Global Demand To 35 Governments: Get Your Troops Out Of Afghanistan

Above photo: US troops keep watch during an official visit in Farah province, Afghanistan in 2018 [File: James Mackenzie/Reuters.

A Thank You to 6 That Already Have.

Governments that used to have troops in this war but have removed them include New Zealand, France, Jordan, Croatia, North Macedonia, and Ireland.

We plan to deliver a big THANK-YOU to every government that removes all of its troops from Afghanistan, along with the names and comments of every signer of this petition.

We plan to deliver a demand to remove all troops to every government that has not done so, along with the names and comments of every signer of this petition.

The U.S. government is the ring-leader, and the bulk of its killing is done from the air, but – given the deficiency in democracy in the US government, which is now on its third president who promised to end the war but hasn’t – it is critical that other governments withdraw their troops. Those troops, present in token numbers, are there to legitimize behavior that could otherwise be recognized as lawless and outrageous. A government lacking the courage to reject US pressure has no business sending any number of its residents to kill or risk dying in a US/NATO war.

This petition will be signed by people in each nation involved in the war, including the nation of Afghanistan.

If you want to be part of delivering the petition to a particular government, contact World BEYOND War.

To: Governments with Troops Occupying Afghanistan
From: YOU

We, the people of the world, demand that every government with troops still in Afghanistan remove them.

We thank and applaud those governments that have done so.

David Swanson is an author, activist, journalist, and radio host. He is executive director of WorldBeyondWar.org and campaign coordinator for RootsAction.org. Swanson’s books include War Is A Lie and When the World Outlawed War. He blogs at DavidSwanson.org and WarIsACrime.org. He hosts Talk Nation Radio. This originally appeared at WorldBeyondWar.org.