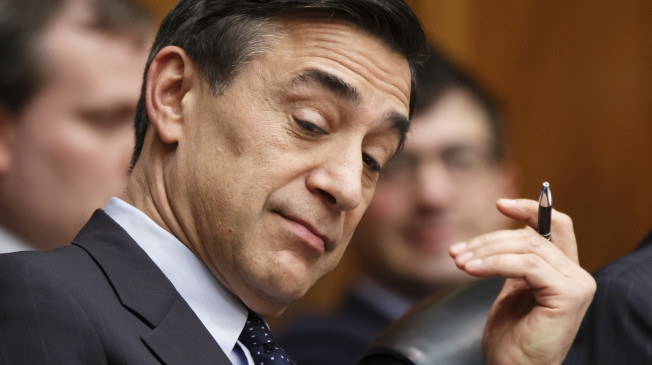 A Government Of The Rich, 3% Are Millionaires But They Dominate Government

People who care about American democracy have recently been paying a lot of attention to new research by Martin Gilens and Benjamin Page, which shows that for decades wealthy Americans and business interests have consistently gotten their way in public policy – even when their views conflict with what the vast majority of Americans want. These troubling findings have many observers asking urgent questions: Why do the rich have so much influence in politics? And is there anything we can do about it?

Many people have pointed the finger at two culprits. They point at the political participation problem that poor and working-class people vote less than wealthier and white-collar Americans. And they point at money in politics, at the billions spent on lobbying and political campaigns.

Those are important problems, but we also have to remember another big reason why the wealthy have more influence in politics: Wealthy people are the ones in office themselves.

If millionaires in the United States formed their own political party, that party would make up just 3 percent of the country, but it would have a majority in the House of Representatives, a filibuster-proof super-majority in the Senate, a 5-4 majority on the Supreme Court and a man in the White House. If working-class Americans — people with manual-labor and service-industry jobs — were a political party, that party would have made up more than half of the country since the start of the 20th century, but its legislators (those who last worked in blue-collar jobs before getting into politics) would never have held more than 2 percent of the seats in Congress.

Rich politicians don’t want what’s best for everyone Alexander Hamilton once argued that working-class Americans see wealthier people as “their natural patron[s] and friend[s]” and that workers know “that however great the confidence they may justly feel in their own good sense, their interests can be more effectually promoted by the merchant than by themselves.” The idea has been with us ever since.

Unfortunately, economic policy just isn’t that simple. Americans from different classes don’t always have the same interests or want the same policies. As pollsters have known for decades – and as Gilens, Page, and others have shown – working-class Americans are more likely to support higher minimum wages, more progressive taxes, and a stronger social safety net. Affluent Americans, on the other hand, are more likely to support hobbling labor unions and giving tax breaks to the wealthy.

Politicians are no exception. In my research, I’ve found that legislators who spent more time doing working-class jobs are more likely to support progressive economic policies – whether they’re Republicans or Democrats, experienced lawmakers or first-term members, members of Congress or members of a city council. Likewise, lawmakers from high-paying jobs in the private sector are more likely to support the more conservative economic policies typically favored by the wealthy.

The bottom line: government by the rich often promotes government for the rich.

Rich politicians are usually the only choices on the ballot But isn’t the abundance of rich politicians evidence that voters prefer leaders from affluent backgrounds? The truth is, voters almost never have any say in the matter. By the time most Americans get to the polls, the only options on their ballots are wealthy, white-collar professionals. Do you want to vote for a millionaire lawyer or a millionaire business owner?

In the rare elections that pit rich candidates against middle- or working-class opponents, rich politicians don’t tend to have any noticeable edge. Americans seem to like candidates from the middle and working class just fine.

But a strikingly small percentage of candidates come from middle- and working-class backgrounds. In a survey of the roughly 10,000 people running for state legislature nationwide in 2012, I found that just 3 percent came from the kinds of working-class jobs that the majority of Americans hold. When Election Day rolls around, most of us usually have no choice but to vote for a white-collar government.

Government for the people requires government by the people People who care about political inequality often rail against the explosion of organized money in politics and at inequalities in routine forms of political participation. And they’re right to be concerned — lobbying and campaign donations are at all-time highs, and wealthier Americans are more likely to vote, volunteer for campaigns, and write letters to Congress. But reforming lobbying and campaign finance and increasing routine political participation won’t be enough.

Even if we somehow got a handle on the flow of money in politics, and even if we somehow equalized routine forms of political participation, our political process would still be biased towards what wealthy Americans want. Millionaires would still be the ones setting the tax rates on millionaires. People who have always had health insurance, who have no worries about funding their retirements, and who can afford private schools and expensive colleges for their children would still be deciding policies for the vast majority of Americans who live on shakier economic ground.

Those of us who care about making our government more responsive to middle- and working-class Americans need to keep working to get the money out of our political institutions. But they also need to start asking what we can do to get more working-class people into them.