It would be inaccurate to say the US will leave the Middle East. However, it is certain that the assassination of one single man – the Iranian General Qassem Soleimani – is diminishing US influence significantly. This could not have happened without the (in) direct help of US President Donald Trump.

Trump is doing everything possible to undermine and degrade US hegemony in the world. He doesn’t need any help in this endeavour, but his advisors and cabinet members share his talent for mismanaging foreign policy and national security affairs. With this bad advice US relations around the world, and particularly in the Middle East, have been run as if by a businessman, used to negotiating and intimidating with little subtlety and altogether lacking diplomatic skills.

Every time Iran needs help, President Trump rushes headlong to boost its image in the world, particularly among the “Axis of the Resistance” and above all in relation to China and Russia. These two countries will now only strengthen their relationship with Iran, the country that has effectively and publicly challenged the strongest country in the world.

Targeting a base with thousands of officers and soldiers from hundreds of kilometres away and deliberately avoiding human casualties shows incredible self-confidence in Iran’s manufacture of their own missiles. Iran has shown the strength and technical ability to bomb the most powerful US base in Iraq with precision missiles and has now twice shown mercy by not killing US servicemen. 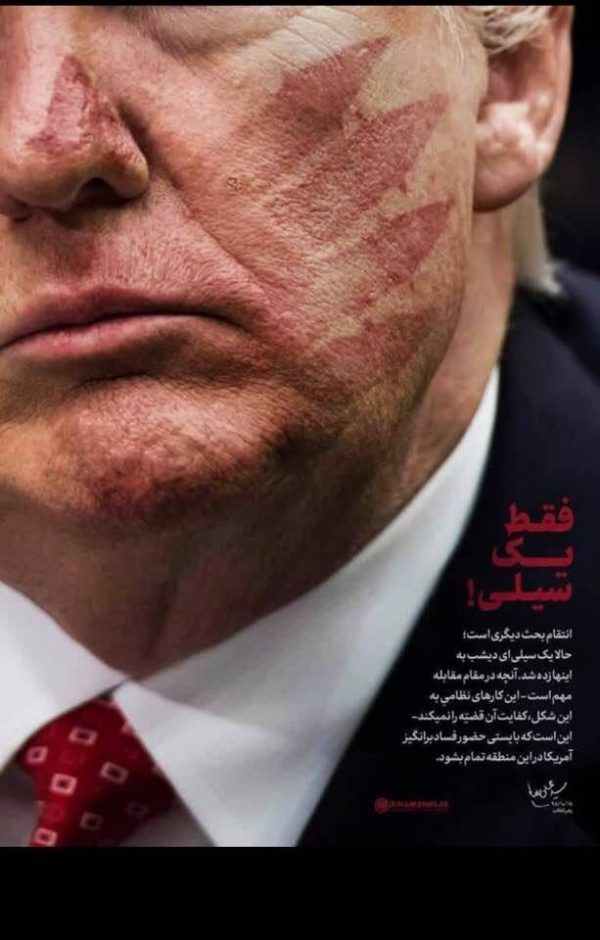 The first time was in June 2019 when Iran declined to down a US spy plane carrying 38-officers that had violated Iranian space during the “Tanker’s war”. The second time was yesterday when Iran deliberately chose not to bomb human targets at the Ayn al-Assad base hosting in Iraq, home to thousands of US, British, Canadian, Norwegian, Belgian and Dutch officers. Iran used precision missiles to hit specific military objectives avoiding human casualties, by contrast with Trump’s decision to assassinate an Iraqi commander (Abu Mahdi al-Muhandes) and an Iranian general and diplomat on a mission of peace (Sardar Qassem Soleimani).

The Iranian hit on the Ayn al-Assad military base exposed the weakness of the most sophisticated radar and interception missiles in the US arsenal. President Trump has long bragged about these tools like the “best in the world”. But the US defence system at the Iraqi-US base in al-Anbar (west of Iraq) was incapable of intercepting one of the 13 ballistic missiles launched. The consequences of this single act are devastating both to the US armament industry and to US foreign policy in the Middle East.

This strike has shown US allies in the region that the hundreds of billions of dollars they have invested in US weapons are an insufficient defence against Iran. These countries now recognize they have no real deterrence against an Iranian attack. This realisation will push the traditional enemies of Iran in the Middle East to bypass their differences and take the road to Tehran to regain good ties with the “Islamic Republic”. It should not be excluded that many countries would be tempted to buy Iranian precision missiles that must be much cheaper than the expensive US manufactured ones.

President Trump also sent a wrong signal when he announced: “The US doesn’t need Middle Eastern oil”. This statement has been taken by many Middle Eastern leaders as indicating the US government’s lack of appetite to defend their interests since many of these regimes base their yearly budget on oil income.

This brings us to another important point: Trump’s threat to Iran’s nuclear capability. Following the Ayn al-Assad bombing, it is clear the US will not be involved in bombing Iran any time in the future. The US has the destructive military capability, so does Iran. The lesson learned from the Iranian bombing is that Iran is ready to bomb and hit back US targets with great accuracy. Therefore, bombing Iran is off the table. However, Iran developing its nuclear capability is on the table. Tehran is likely to announce new developments in this area as we approach the anniversary of the US revocation of its commitment next April.

Iran has no choice but to totally pull out from the nuclear deal due to the incapacity and unwillingness of the European signatories of the Iran deal (known as the JCPOA) to honour their commitments, to offer Iran any alternative, and to confront Trump’s unilateral abrogation of the US treaty obligation. Such an announcement will be the Iranian “gift” to Trump for his forthcoming electoral campaign, providing political ammunition to Trump’s political opponents.

Trump has done everything in his power to unify Iran behind their leaders by imposing sanctions on the Iranian people and assassinating their general. Iran played the US sanctions skilfully when attacking tankers in the Strait of Hormuz, gathering public support for the regime and fuelling nationalist feeling. The US assassination of Sardar Qassem Soleimani brought millions onto the street and unified Iran under one flag: the return of Iranian dignity, power and sovereignty. Only Trump could have achieved such a critical goal, regenerating the Iranian regime at the right and most needed moment.

Trump’s call for NATO to assume its responsibility in the Middle East has been interpreted in the region as indicating a serious decline of US hegemony. The US President is showing his inability or unwillingness to deal with Middle Eastern affairs. This could reflect the incompetence of his advisors, or a strategic decision by the US to let go of its influence.

Iran showed its power as a regional country capable of facing the US in its most difficult state. There is little doubt the 40 years of US sanctions on the “Islamic Republic” were a total fiasco even with Trump’s “maximum pressure” of sanctions. It would be difficult to imagine the results if Iran was not under these sanctions all these years.

The US primary ally in the Middle East, Israel, is watching the events with a lot of focus. Iran’s threat to hit the US or Israel is real today. Not only that, throughout the years, Iran has delivered these precision missiles to its partners in the Middle East. Iran (or its allies) showed its capability in the most complicated and coordinated attack ever, as proved during the destruction of Saudi Arabia oil facility. Drones and precision missiles launched hundreds of kilometres away hit simultaneously their target. This spectacular attack was claimed by Yemen, the poorest country in the Middle East that initiated its weapon supply and retaliation only in recent years. What about Hezbollah, the fully equipped and highly trained organised but an irregular non-state actor with 38 years of experience? Hezbollah has received precision missiles from Iran and deployed these on the Syrian-Lebanese borders under the mountain chain in underground silos. The Iran bombing of the US-dominated base in Iraq marks the end of the Israeli-Hezbollah war. Israel can see what Iran and its allies are capable of. It should maybe start thinking about a different approach towards the Palestinians.

The US President – who promised to end the “endless wars” – killed the Iraqi commander Abu Mahdi al-Muhandes and the Iranian Major General Qassem Soleimani believing he could win control of Iraq and achieve regime change in Iran. On the brink of triggering a major war, Trump has spectacularly lost Iran and is about to lose Iraq.

“Beautiful military equipment doesn’t rule the world, people rule the world, and the people want the US out of the region”, said Iran Foreign Minister Jawad Zarif. President Trump doesn’t have many people in the Middle East on his side, not even among his allies, whose leaders have been repeatedly insulted. Iran could not have dreamt of a better President to rejuvenate its position domestically and regionally. All Iran’s allies are jubilant, standing behind the “Islamic Republic” that fulfilled its promise to bomb the US. A “New Middle East” is about to be born; it will not be “Made in the USA” but “Made in Iran”. Let us hope warmongers’ era is over. The time has come to recognise and rely on intelligent diplomacy in world affairs.