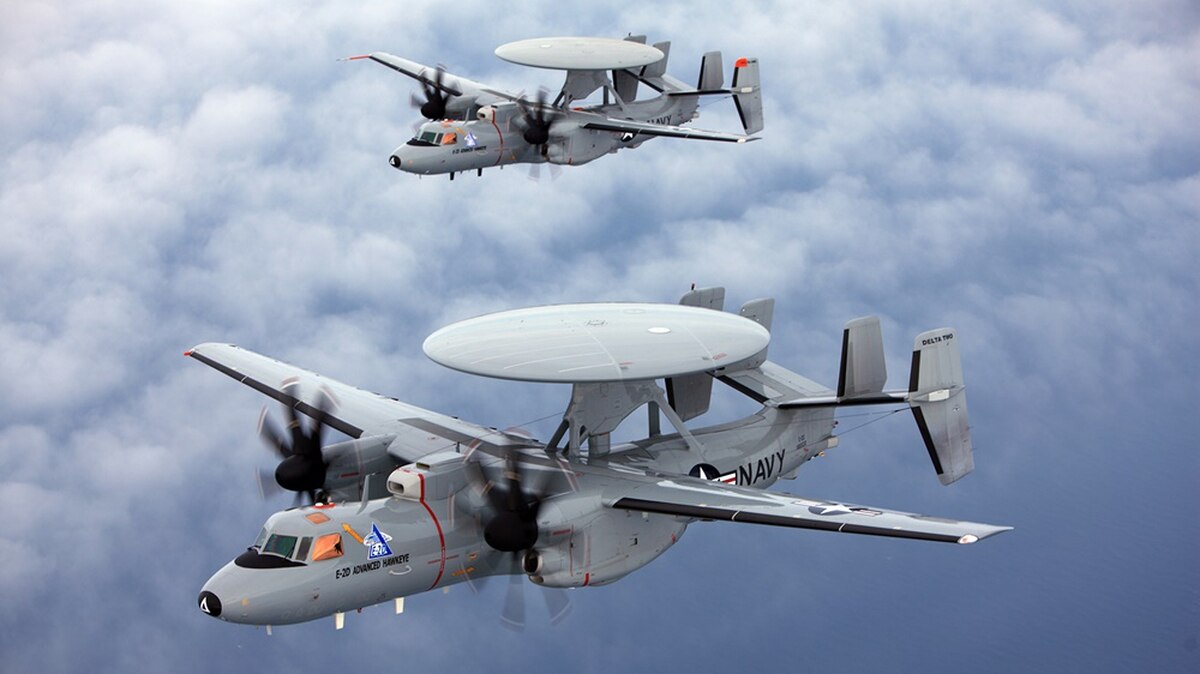 A New US ‘Manhattan Project’ Planning War With China

Above Photo: The E-2D Hawkeye is an early warning aircraft but also a node in an advanced airborne network that links U.S. Navy ships and aircraft together. The service is looking to build on its existing networks to create something that can link its assets with the Air Force and survive in a denied electronic warfare environment. (Courtesy of Rockwell Collins)

WASHINGTON — The U.S. Navy and Air Force are teaming up to rapidly develop a network that can link together Air Force and Navy assets during battle, an effort the Navy’s top officer compared to the 1940s program to develop an atomic bomb.

Adm. Michael Gilday, the new Chief of Naval Operations, told an audience Thursday that in order to take on China, the Navy will have to spread out and rely on networked weapons and sensors distributed over a wide area. But doing that would rely on a network architecture that doesn’t yet exist.

To be the most effective force, the Navy acknowledges it must be able to connect with Air Force bombers and aircraft, leading the two services to an agreement to join forces.

“I think the biggest challenge for us is to join all the main command and control,” Gilday said. “We’re building netted weapons, netted platforms, and netted [command-and-control] nodes, but we don’t have an adequate net, and that’s a critical piece.”

The Navy has been working toward a concept of operations that links its ships, aircraft and unmanned platforms by way of communications relay nodes — such as small drones — or whole ships — such as the future frigate or high-tech aircraft like the E-2D Hawkeye.

The idea is to spread the force out over a wide area, as opposed to clustered around a carrier, to put a maximum burden on Chinese intelligence and reconnaissance assets. This spread-out, networked force would connect the various shooters so that if any individual node in the network sees something to kill, any Navy or Air Force asset with weapons within range can kill it.

This has led to a push for ever-longer-range missiles. But to make it work, all the pieces must be linked on a reliable communications network. The current architecture, according to the Navy, is insufficient for the job, given Chinese and Russian investments in electronic warfare that can interfere with communications.

That’s where the new “Manhattan Project” comes in.

Gilday said the Navy’s time frame is designed to set up a network between the years 2033 and 2035. But that’s too far out, he said.

“We are working, most recently over the past month, very closely with the Air Force,” he said. “They’ve done good work and we’ve done good work. The Navy is making investments in a Navy tactical grid, but that’s not going to work.”

To get the maximum benefit in terms of time saved and effectiveness once implemented, the Navy has to be on the same page as the Air Force, Gilday said.

“That led to a handshake agreement with the chief of staff of the Air Force, [Gen. David Goldfein], that we would team our forces and, perhaps, our budget lines together, and start working toward a joint solution set fast, in a ‘Manhattan Project’ kind of way. Because we need it, it’s a serious gap that we need closed.”

Gilday, who was speaking at the USNI Defense Forum in Washington, released his first major document Wednesday. Gilday’s planning guidance called on the Navy to improve its maintenance program, improve the way it trains sailors and officers using the latest technology, and to push toward fielding technologies in large numbers for less money.