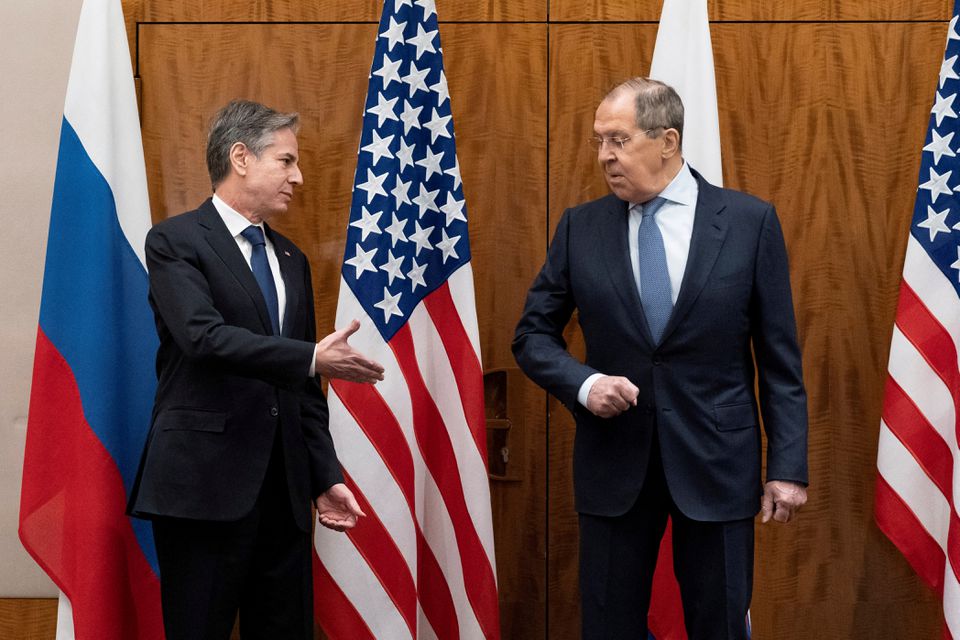 Here is another story that demonstrates the incompetence and arrogance of the Biden administration.

The New York Times reports of a potential prisoner swap between the U.S. and Russia:

[T]he Biden administration has proposed trading the merchant of death for the imprisoned basketball player as well as a former marine held in Russia on what are considered trumped-up espionage charges. In the harsh and cynical world of international diplomacy, prisoner exchanges are rarely pretty, but unpalatable choices are often the only choices on the table.

Whether the swap would go through remained unclear. Secretary of State Antony J. Blinken made the offer public in part to reassure the families of Brittney Griner, the basketball player, and Paul N. Whelan, the former marine, that the administration is doing all it can to free them.

Russian officials, who have long sought the release of the arms trafficker Viktor Bout, confirmed the discussion on Thursday but said Foreign Minister Sergey V. Lavrov was too busy to talk with Mr. Blinken now.

Typically prisoner swaps are not talked about publicly before they happen:

Some veteran hostage negotiators were perplexed that Mr. Blinken made the offer public. “It is baffling why the U.S. would announce this proposal in the midst of the negotiations,” said Rob Saale, the former head of the F.B.I.-led Hostage Recovery Fusion Cell. “If you’re in sensitive negotiations why would you want to air this out publicly? It makes me wonder if the Russians haven’t already declined the deal.”

The Biden administration disclosed publicly that the United States had made “a substantial offer” to Russia to secure the release of two American prisoners because closed-door negotiations had stalled, an administration official said Thursday.

The administration hopes public pressure will lead Moscow to engage in negotiations resulting in basketball star Brittney Griner and security consultant Paul Whelan being released from Russian prison, the official said, speaking on the condition of anonymity to discuss sensitive deliberations.

U.S. officials say they have tried for weeks to broker the releases of Griner and Whelan. But the lack of progress, and the prospect of Griner soon facing conviction and sentencing on drug charges, prompted the administration this week to make the negotiations public.

I do not understand why the administration had started such negotiations even before the Griner court case has been closed. In general such prisoners will only be pardoned and released to the other side after they have been sentenced. Anything else would raise accusations of executive interference in the judicial process. The Brittney Griner case, over admitted smuggling of cannabis oil, is still in court. The Russian government will obviously refrain from doing anything about her before the judicial process has ended.

One suspects that the prisoner exchange is much more about Paul Whelan, who likely is a CIA asset. He had passports from four countries and in 2007 started traveling to Moscow while serving as a Marine in Iraq:

Whelan went on to seek out more Russian friends, using the country’s social networking service VK among others.

A scroll through their profiles, soon after his arrest, revealed almost all to be men – most considerably younger than him. Some do have clear military connections – including photographs in uniform – though not all, and no-one who replied to my messages had seen any reason to doubt Whelan’s motives….The man Whelan accuses of framing him was one of his oldest friends in Russia. He is also a serving intelligence officer.

Defence lawyers disclosed some details of the men’s relationship early on in the case, including how the American had visited his friend’s house in Sergiev Posad outside Moscow for “saunas and kebabs” the winter before his arrest.

They also said he owed Whelan around 80,000 roubles ($1,147; £930) which the FSB claimed was advance payment for intelligence. The defence team said the Russian had requested a loan to buy a gift for his wife, as part of his trap.

The Russian side says that they found a USB stick in Whelan’s pocket with a list of FSB members which had been handed to him by his bribed friend.

It may well be that Whelan was trapped by the FSB. But that does not exclude that he also was a spy. His documented behavior surely raises that suspicion:

On December 28, 2018, Whelan was arrested in the Moscow area by the Russian Federal Security Service (FSB), which later confirmed his arrest. Whelan’s twin brother David said Whelan arrived in Moscow on December 22 to attend the wedding of a former fellow Marine at the Hotel Metropol Moscow and to assist the groom’s family members on their first visit to Russia, a country he had visited many times. He said his brother planned to return to Michigan on January 6, 2019, via Saint Petersburg.

Per MBK News, an outlet run by Putin critic Mikhail Khodorkovsky, Whelan had $80,000 in cash “temporarily confiscated” during a customs inspection at Domodedovo Airport. According to the New York Times, Whelan had acted as a local guide for the wedding guests, but had decided to spend the day of the wedding to meet a friend, per the account of other attendees.

Why is the Biden administration now racing to get a prisoner exchange? Why is it publishing that it is doing so? I really see no good reason for that.

There are of course, as M.K. Bhadrakumar notes, other important reasons why Blinken wants to talk with Russia:

Blinken then came to the real purpose of his forthcoming call with Lavrov — “the plans that Russia now has to pursue the annexation of Ukrainian territory.”

Blinken repeated the hyperbole that sanctions are having “a powerful and also growing effect” and has “weakened Russia profoundly” and the Biden administration will do all that it can “to strengthen Ukraine’s position on the battlefield so it has the strongest possible position at the negotiating table.”

However, what comes through is the growing disquiet in Washington that to its utter disbelief, the Russian stance has only hardened lately. Blinken said it is “causing alarms.” In particular, he noted Lavrov’s remark last week that the Kremlin’s goals in Ukraine had expanded. “Now they seek to claim more Ukrainian territory, beyond the Donbas,” he commented.

Indeed, the war has spun out of US algorithm. As Hungarian PM Orban pointed out last week, anti-Russian sanctions “have not shaken Moscow,” but Europe has already lost four governments and is in an economic and political crisis.

Russia is paying back to the US and NATO in the same coin that the latter did when they dismembered Yugoslavia.

The U.S. sees that its proxy war against Russia is not going into the hoped for direction:

The spectre of the collapse of EU economies is rattling the Biden Administration. A CNN report yesterday was titled US officials say ‘biggest fear’ has come true as Russia cuts gas supplies to Europe. It said the Biden administration “is working furiously behind the scenes to keep European allies united” as the blowback from the sanctions against Russia hits them  and the “impact on Europe could boomerang back onto the US, spiking natural gas and electricity prices.”

The report quoted an unnamed US official saying Russia’s retaliation for western sanctions has put the West in “unchartered territory.” Suffice to say, Blinken’s call underscores the desperate urgency in Washington to open a line of communication to Moscow at the political level.

It was obvious that the Russian side would use the publishing of the potential prisoner exchange to its advantage:

Kremlin spokesman Dmitry Peskov told reporters Thursday that diplomatic silence typically surrounds negotiations regarding prisoner releases. Announcements are usually made “about agreements that have been completed,” Peskov said, and no agreements have been finalized.

The Russian government acknowledged Thursday that it had received Blinken’s request, but the media service Interfax reported that Lavrov would respond “when his own schedule allows.”

Yes, the foreign minister of ‘isolated Russia’, who was recently friendly received in several African countries, is very busy with meeting dozens of foreign dignitaries. He has no time for a call with some U.S. minion known for making unfounded accusations and unreasonable requests.

The Russian’s will let Blinken squirm for a while over the unimportant prisoner affair and other issues.

The delusion reflected in the Washington Post write up shows that the U.S. has yet to come to its senses:

Lavrov on Wednesday concluded a four-day trip to Africa and is now in Uzbekistan, part of a flurry of recent diplomatic visits, as Russia seeks to bolster its remaining partnerships amid deepening international isolation

How please is the alleged international isolation of Russia ‘deepening`? After the first flurry of sanctions, solely by NATO, EU and 5-eyes countries, no other country has joined the ‘western’ Russia bashing or put up sanctions. Russia’s international standing with the other 80+% of humanity has in fact increased ever since.

The Washington Post writer, as well as the whole Biden administration, has some serious delusions about Russia’s role in the now multipolar world.

Lavrov, Peskov and Maria Zakharova are experienced professionals. If one wants to talk with them one should be on a similar level.

Blinken does not even come near to that.