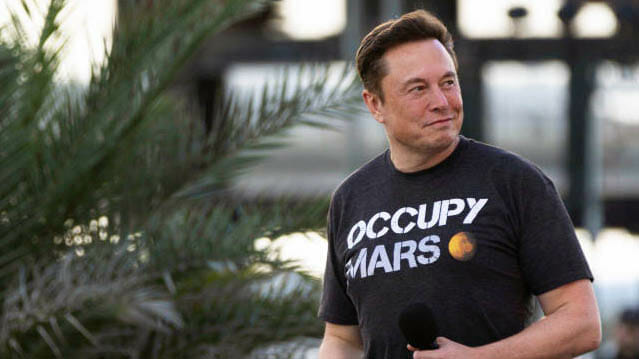 A Promising Challenge To The World’s Richest Man

All Eyes on Delaware.

Elon Musk may not be all that fabulously ‘brilliant’ after all.

A good day’s work for a good day’s pay. Should this age-old wisdom define how our workplaces here in the 21st century go about compensating work? More to the point: Should our corporations start applying this common-sense standard across the board, to both front-line workers and our most powerful corporate CEOs?

Kathaleen McCormick will soon let us know, in a turn of events that must have the richest man in the known universe — Elon Musk — more than a little bit uneasy.

Why does corporate law so often come down to what judges in Delaware say that law should be? The state of Delaware, over a century ago, essentially sold its soul to Corporate America. Delaware gave our economy’s greatest moguls a place where they can inexpensively incorporate their operations, avoid serious taxes, and pile up profits free from nasty outsiders meddling where deep pockets would rather they not.

But moguls do have a habit of falling out with each other, and Delaware has also conveniently supplied a court system where they can thrash out their big-ticket differences before judges, not juries. These same courts give corporate small fry — individual stockholders — a chance to push back against the moguls, and one modest shareholder in the Elon Musk empire has done just that.

Tesla shareholder Richard Tornetta, a former heavy-metal band drummer, filed suit in 2018 against the company’s board for lavishing unnecessary mega millions upon Musk. Among other missteps, the lawsuit charges, Tesla misled investors “about the difficulty” Musk would have reaching the board’s CEO “performance” pay targets.

This week, after years of legal infighting, Tornetta’s challenge to the Musk empire has finally ended up in open court — before McCormick, a judge who’s just happened to have already demonstrated a distinct lack of patience with Muskian antics. Just last month, McCormick ruled against Musk in another case. She might well again.

Where did this billionaire-party-pooping jurist come from? McCormick grew up in Delaware as a small-town girl, with two teachers as parents. She did wonderfully well in school, attended prestigious universities, and ended up putting all her fancy degrees to work helping people of limited means. She now leads the Delaware court that has evolved into the prime ring where America’s biggest corporate players slug out their internal disputes.

And the slugging over Tesla has become fierce. On the one side: the corporate directors of Tesla, the Musk creation that has become the largest global supplier of high-tech electric cars and trucks. On the other, a shareholder challenge to the corporate self-dealing that’s fabulously enriched Musk and his closest cronies.

Musk’s current Tesla CEO pay plan, notes CNN Business, has handed Musk “the largest compensation package for anyone on Earth from a publicly traded company.” The plan’s key “performance” metric: Tesla’s share price. The higher that price, the more new Tesla shares Musk gets to pocket. By last November, that connection had swelled Musk’s personal fortune all the way up to $315 billion.

Musk’s personal net worth currently sits at “only” $189 billion, still enough, according to the Bloomberg Billionaires Index, to rank as the world’s largest personal fortune, some $30 billion higher than the net worth of the world’s second-richest individual. By way of comparison, in March 2018, the month the Musk Tesla pay deal went into effect, some 40 billionaires worldwide topped Musk on the Bloomberg billionaire charts.

Back in that 2018, major shareholder advisory firms were recommending that Tesla shareholders reject the pay deal that Tesla’s corporate board — a panel that included Musk’s brother and assorted close pals — wanted to hand the company’s fearless leader. The Tesla board’s CEO compensation plan, an Institutional Shareholder Services analysis noted, provided Musk “pay opportunities over the next 10 years that dwarf those of top executives at the largest and most profitable public companies.”

Musk himself, the ISS analysis added, already had incentive aplenty to work hard for Tesla’s success. He owned 22 percent of Tesla’s shares even before his new CEO pay deal would go into effect.

Shareholder Richard Tornetta agreed with that analysis and filed a lawsuit against the Musk pay plan a few months after Tesla’s major shareholders gave the deal a green light in 2018. That litigation, now a class action lawsuit, has been working its way through the court system ever since.

The trial on the lawsuit’s merits finally began earlier this week before Delaware Court of Chancery chancellor Kathaleen McCormick. Her decision will likely come down sometime over the next three months.

McCormick’s previous ruling against Musk came in a case that involved his move to back out of an agreement he cut this past spring to buy Twitter. Musk subsequently, after McCormick’s ruling, had no choice but to go ahead with the purchase, and now he’s flailing about wildly trying to make others — he’s already laid off half the Twitter workforce — pay the price for his impulsive and overpriced takeover bid.

But even if McCormick rules against Musk once again in the current Tesla case, Musk will still be walking away fantastically and unconscionably rich. He won’t, on the other hand, be walking away happy. Musk’s ongoing Twitter debacle and now the Tesla litigation have dealt his reputation for unparalleled business “genius” what ought to be a fatal hit.

Under cross-examination in McCormick’s Tesla courtroom, for instance, Musk has already had to concede that the original vision for Tesla didn’t leap out from his own personal brilliance, the claim he’s been making for years.

In Elon Musk, America is now seeing clearly, we have no superhero. Musk turns out to be as flawed as the rest of us. The only difference: The world’s richest man, in the end, has the power and wealth to make others pay for his missteps.

Musk has also benefited, unlike the rest of us, from billions in taxpayer subsidies. Handouts to his electric car, solar panel, and spaceflight businesses — all “long-shot start-ups,” the Los Angeles Times has detailed — gave his companies their secret sauce. Those subsidies launched Musk’s unparalleled personal fortune.

So what can the rest of us do to prevent still another “brilliant” entrepreneur from building a fortune off our insights, labor, and tax dollars? We can start denying subsidies to corporations that pay their top execs at hundreds of times more than they compensate their workers. We can tax the rich at much higher rates.

And we can put Elon Musk atop a rocket and send him off to where he’s repeatedly announced he so dearly wants to go — to Mars.