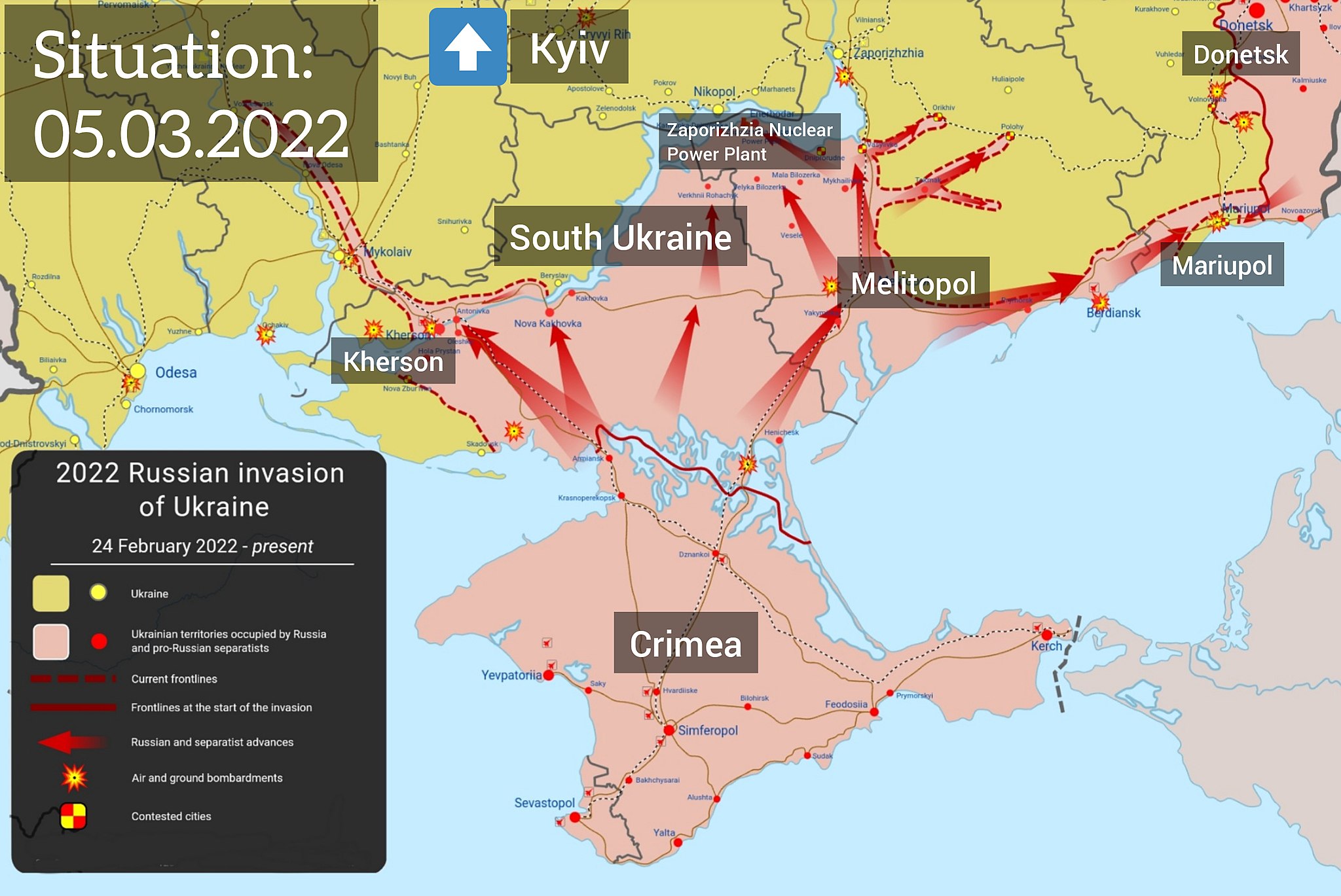 A Proposed Solution To The Ukraine War

An end to the invasion and war in Ukraine can only be guaranteed if Russia’s security is itself guaranteed.

Security is largely indivisible. Security for one state requires security for others, says the Los Alamos Study Group.

Since the Russian invasion of Ukraine began, what was a regional conflict has become a global hybrid war with ever-greater stakes, not least the risk of nuclear war.

Perhaps the greatest danger lies in the difference of motives between parties, which is also the fundamental cause of this war: Russia seeks security, while the U.S. and its NATO allies have been using Ukraine to deny that security — to “break Russia,” in Henry Kissinger’s 2015 phrase. The U.S. does not want peace, unless it be the peace of a conquered Russia. That is why there is no obvious end to the escalations and counter-escalations. The U.S. and NATO see opportunity in the war they have been trying so hard to provoke.

The tragedy is that few people seem to understand that at the root of the Ukraine crisis is a specific strategy known as the Wolfowitz Doctrine, named after Paul Wolfowitz who, as under secretary of defense in the administration of George H. W. Bush, was one of the authors of a 1992 document that laid out a neo-conservative manifesto aimed at ensuring American dominance of world affairs following the collapse of the Soviet Union.

“Our first objective,” stated the document, “is to prevent the re-emergence of a new rival [to the United States], either on the territory of the former Soviet Union or elsewhere. … This is a dominant consideration underlying [a] regional defense strategy and requires that we endeavor to prevent any hostile power from dominating a region whose resources would, under consolidated control, be sufficient to generate global power.”

The Wolfowitz Doctrine triggered the post-Cold War use of NATO as an instrument of bloody aggression against Yugoslavia, Afghanistan, Iraq and Libya. It declared, in effect, that diplomacy was dead and that American power ruled by violence if necessary. A resurgent Russia led by Vladimir Putin was next, and on the horizon, a risen China.

The 2014 Washington-engineered coup in Ukraine that removed an elected leader who sought to reinforce his country’s relationship with neighboring Russia, was a product of the 1992 Doctrine and the extremism it represented. Victoria Nuland, a neo-conservative ideologue and President Barack Obama’s “point person” in Ukraine, has played the same role in President Joe Biden’s State Department.

The 1992 Doctrine is elaborated in an infamous RAND study on how to overextend and, in Kissinger’s words, “break Russia.” This is U.S. foreign policy today: a fact well understood by the Russian leadership who regard their country as effectively under siege by the United States.

The potential of American missiles pointed at Moscow from former Soviet satellite countries, together with NATO troop deployments, is the reality they see. A militarized and virulently anti-Russian Ukraine being used as a tool by the U.S., with an expressed wish for nuclear weapons, on the brink of invading Russian-sympathizing provinces on the Russian border — all that was too much for Russia. What, do you suppose, the U.S. would do if such a situation arose in Mexico or Canada?

Since 2014, the Las Alamos Study Group has made it part of our business to understand the conflict in Ukraine and its significance for the world. In that year we held public meetings and teach-ins discussing it and since then have tried to examine developments as we could. In the Obama Administration, we took our concerns to the offices of the National Security Council — and were appalled by the lack of knowledge and understanding we found there.

Many non-governmental organizations (NGOs) have taken positions on this conflict. In our view, most (not all) of their statements are superficial, and/or omit the causes of the invasion as Russia understands them, or are in lock-step with U.S. and NATO propaganda.

What the Study Group Wants