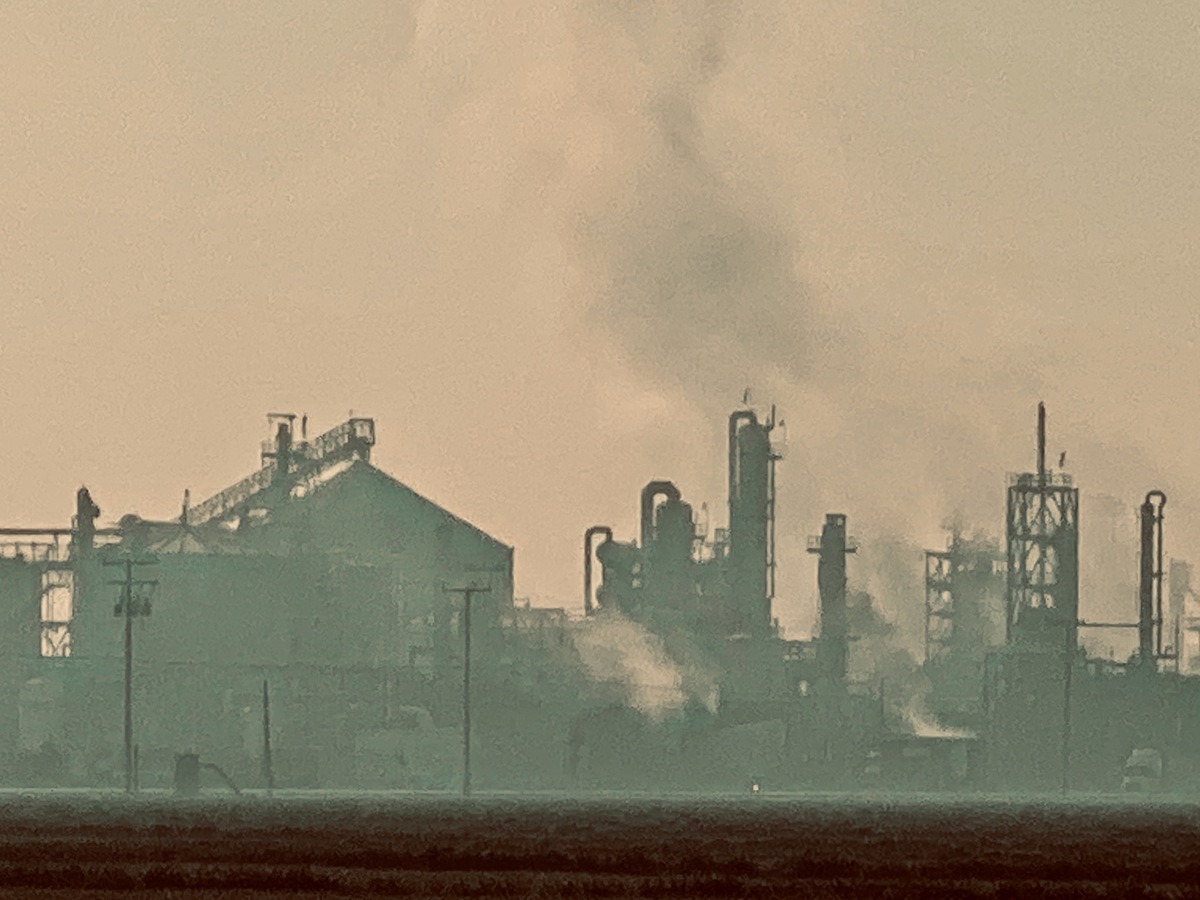 A Radical Call To Action

A radical call to action has never been more vital than today, as the abomination of capitalism known as neoliberalism tears apart society from stem to stern, continuing the grand experiment that originated under the watchful eyes and vision of aristocratic plantation-owners like Washington and Jefferson as wealthy patriots.

In honor of their hard fought war to avoid taxation as much as possible, Trump retroactively honored them with a gigantic tax cut for their distant namesakes, the wealthy.

Lo and behold, he has hardened the battle lines between them (1%) versus us (99%). Will the lines be crossed and how so?

The Trump tax cut for corporations and rich individuals drops a trillion and a half ($1.5T) out of the hands of federal tax collectors, helping to sustain a $1trillion unsustainable deficit that makes Democrat deficits look like small potatoes. “Instead of trickling down to workers, the 2017 tax cuts have largely served to line the pockets of already wealthy investors—further increasing inequality—with little to show for it.” (Trump’s Corporate Tax Cut Is Not Trickling Down, Center for American Progress, Sept. 26, 2019)

Meanwhile, assuming Trump gets away scot-free with his impeachment proceedings, he’ll likely use that miscarriage of justice to enhance his standing among easily swayed impressionable voters as well as solidifying his overt ownership of dumbed-down members of Congress. It’s mind-numbing and would be comical if not for the tragedy that’s unfolding.

Forthwith, it’s time to sharpen swords, as the onset of full-dress authoritarianism by the least qualified president in history is sure to ensue, aka: fascism in full living color. The previews are over.

A radical call to action, similar to the 60s, may be the country’s only salvation. In that regard, a guidebook to what ails society is a requirement so that radical fighters thoroughly understand why, who, and what they’re fighting.

Fortunately, there is a good radical textbook already in publication. It explains what eco-warriors encounter during the late stages of capitalism, like today. It just so happens that’s the underlying footnote on almost every page of The Big Heat (AK Press, 2018)

It’s a wonderful tome filled with eyewitness events, brass tacks explanations of rampant ecological damage, and it explains how humanity and the planet have become incompatible largely because of wrong politics and upside-down economics that wreak havoc for the great majority of people that purportedly live in a democracy, as a rank odor drifts by.

Meanwhile and of utmost importance, the prescient words of Jeffrey St. Clair and Joshua Frank, co-authors of The Big Heat: “The world may be changing faster than humans can properly grasp which only means we must alter our perspective and change our tactics to defend it. In short, it’s time to get radical.” (pg.2)

The Big Heat comprehensively, very comprehensively, covers the anthropogenic footprint, from loss of wolf habitat – stupid humans trampling landscape – oceans without fish – and lots more but most importantly it’s a Full Monty exposure of America’s insanity politics. As for one example of one among many: “Pesticides, Neoliberalism and the Politics of Acceptable Death.” (pg. 183)

But, first to start at the start, the initial article, “The Wolf at Trout Creek” finds co-author Jeffrey St. Clair on a field trip in Yellowstone National Park, or thereabouts, to observe bison and wolves. Along the way, he accidentally (of course it’s accidental) plunges down a mossy cliff at “a waterfall in the Absaroka Mountains, ripping the nail off my big toe.” (pg. 8)

That article includes the fate of one of the most important animals (the wolf) for maintaining healthy ecosystems. And, sorrowfully, it includes mention of the state of Idaho granting 6,000 hunting licenses to gun down, in cold blood, “an allotment” of 220 wolves. How could they miss?

Not only that, but with so many trigger-happy guys/gals out and about, it’s a wonder they don’t shoot and kill each other (shades of Dick Cheney) They probably do kill somebody but we’ll never, tongue in cheek, hear about it, Evidently, wolf eradication is a big political draw in the great state of Idaho.

The Big Heat, inclusive of 387 pages and 50 stand alone articles, is an exposé of the detrimental impact of the neoliberal brand of capitalism, as, time and again, it feasts upon ruination of federal rules and regulations which impede corporate profits, even if only by a slight margin.

Indeed, the book brings to surface, for all to see, some behind scenes maneuvers initiated by powerful lobbyists to upend safeguards for all of the citizenry, which, one would think, could also impact their own families (the lobbyists). But, then again, when playing in the big rough and tumble playground of payoff politics, money talks, people get hurt, who cares?

For example, in the article: “Pesticides, Neoliberalism, and the Politics of Acceptable Death” (Pg. 183-188) the food and chemical industries lobbied hard for decades to remove the Delaney Clause, which served to block carcinogens in processed foods ever since the 1950s, but that blockade was removed by Congress in 1996, signed by President Clinton.

“With the Delaney Clause dead on the floor of Congress, some 80 pesticides that were about to be outlawed as carcinogens now remain in use.” (Pg. 184) The shock value of that one simple sentence speaks volumes.

It should be noted The Big Heat isn’t the only one to take note of harmful alterations to federal regulations, especially regarding food safety. According to the irrepressibly brilliant Donella Meadows (The Limits to Growth – a classic): “It’s probably just as well that the clear, brave language of Delaney no longer stands to deceive us into thinking that our food supply is risk-free.  How much risk there really is, no one knows.” (Donella Meadows, Farewell to the Delaney Amendment, Sustainability Institute, 1996)

Really! “How much risk there really is, no one knows.” Hmm.

Meanwhile, back to St. Clair/Frank for more on toxic stuff: According to Dr. Joseph Weissman, professor of medicine at UCLA, cancer killed 3 out of every 100 Americans in 1900 but nowadays it’s 33 out of every 100. “Weissman reckons that a fair slice of this explosion in cancer mortality can be laid at the door of petro-chemicals, particularly those used by the food industry.” (Pg. 183)

Then, does that mean that Americans are consuming cancer-causing foods, which, over time, alter or destroy human cells? Well, for starters: “The average apple and peach has eight different pesticides embedded in it. Grapes have six and celery five. Children get as much as 35 percent of their likely lifetime dose of such toxins by the time they are five.” (Pg. 185)

After all, toxins cumulate in the body over time before striking hard at tissues, and such, otherwise known as human organs, blood, and bone. Along those lines, here’s proof that something is horribly wrong: According to a Rand Corporation 2017 study (Chronic Conditions in America: Price and Prevalence) nearly 150 million Americans are living with at least one chronic condition of which 100 million have two or more chronic conditions.

Is that normal, to be expected, or is something somewhere somehow horribly wrong?

Rand calculates that, over time, it’ll translate into more than $1 trillion per year in overall health care costs. Then, what of universal health care? It’ll soon become an absolute necessity. Alternatively, millions will suffer and then, of course, they’ll die while suffering even more.

The Big Heat is an important book. It exposes disasters that ricochet straight out of neoliberalism dicta like bolts of lightning. And, it humanizes the importance of fighting back. It brings to light individual heroes who sacrifice their own safety to benefit society at large, yet mainstream news and governmental officials inevitably label these real American heroes as terrorists or criminals. That’s one more sign that something is horribly wrong.

“On the Front Lines of the Climate Change Movement: Mike Roselle Draws a Line” brings to light society’s stupid treatment of eco heroes. (pg. 295) Roselle, a co-founder of Earth First, stood up to mountain top coal removal. After all, somebody had to stand up to such a deadly, putrid business that was responsible in December 2008 for a major spill of more than 500 million gallons of highly toxic coal ash into the Tennessee River, 40 times larger than the Exxon Valdez in Alaska. The total costs for toxic water of downstream cities and assorted environmental costs are still not known to this day.

Because Mike Roselle stood up to the coal interests, a Fox TV affiliate aired a story about him, labeling Roselle: “An eco terrorist… tomorrow night don’t miss the ‘Roselle Report’ when we’ll take a closer look at how this man’s radical methods of protest may put lives at stake in West Virginia.” (pg. 295)

In Fox News’ view: The man standing nose-to-nose to stop a caterpillar tractor from razing a mountaintop is a dangerous terrorist.

The Big Heat is a treasure trove built upon blood, sweat, and tears, compiling years of hard work and astute research to help people better understand a bastardized psycho-socio-politico-economic system, i.e. neoliberalism, which is kinda like an outer space soulless alien devoid of humanity taking control over the planet.

The most critical portion of The Big Heat is found on pages 373-377, the Epilogue, The End of Illusion. It nails down the overriding issue, exposing the illusion of “hope… hope is the enemy. The antidote is action.”

After all “hope” and “groupie protests” are dead-enders to nowhere.

Then, what is a radical call to action?

Here’s what it’s not: It is not marching a couple of times a year; ii is it not typing your name on a MoveOn petition; it is not a selfie with a celebrity protesting fracking in front of the governor’s mansion.

“Action is standing arm-in-arm before water cannons and government snipers on the frozen plains of North Dakota… hanging from a fragile perch 150-feet up in Douglas fir tree in an ancient forest grove slated for clear-cutting…chaining yourself to a fracking rig… or camping out in the blast zone at a Mountain Top Removal site in the hills of West Virgina…Action is stopping bad shit from going down.” (pg. 374)

The time for one-off protests is over. They don’t work. And, most likely none of them work, one-off or not.

If they did work, especially when consideration is given to the number of global climate change rallies and demonstrations worldwide these past few years, then CO2 would not be continuing at ever-faster rates (setting new record levels in 2019) blanketing the atmosphere, where it stays for at least 100 years. That’s the problem.

Earth’s sister planet Venus’ atmosphere is 96.5% CO2 by volume. Its temperature is 864F.