A climate denier is in the White House, pushing policies that will boost emissions. Congress is doing nothing to stop him. So citizens and local governments who are facing the impacts of rising seas, worsening heat waves and extreme weather are increasingly looking to the courts for help.

The past year saw a surge in new lawsuits filed against fossil fuel companies, and major developments in cases pressing governments for action in the United States and abroad. And while the plaintiffs haven’t secured any substantial victories in U.S. courts, they may be scoring a different victory by drawing attention to the inaction of Congress and the Executive Branch, said Michael Gerrard, faculty director at the Sabin Center for Climate Change Law at Columbia Law School.

“Lawsuits, even if unsuccessful, can help shape public opinion,” he said. “Mr. Scopes lost the monkey trial, but it led to a lot more awareness about the issue of teaching evolution.”

In Colombia and the Netherlands, citizens won rulings in 2018 ordering their governments to cut emissions and protect forests. By framing climate change in terms of human rights, those cases and similar ones filed in the U.S. and other countries are transforming how the courts address the issue, said Patrick Parenteau, senior counsel in the Environmental and Natural Resources Law Clinic at Vermont Law School and an informal adviser to some of the plaintiffs’ lawyers.

“It’s pushing the boundaries of law everywhere,” he said. “Climate change is changing the law.”

There are currently a couple of dozen significant lawsuits around the world that are asking courts to order actions by governments or the fossil fuel industry in response to climate change. Here’s a round-up of the various approaches.

What began with a handful of California cities and counties in 2017 spread across the country this past year, as New York City, Baltimore, Rhode Island and local governments in Colorado and Washington State sued fossil fuel companies.

The plaintiffs are seeking compensation to help pay the costs of protecting residents from rising seas, worsening wildfires, extreme heat and other effects of climate change. Two law firms are arguing most of these cases. They allege that energy companies knew about the dangers associated with their products, but lobbied against capping emissions anyway while sowing doubt about climate science.

In November, the West Coast’s largest commercial fishing association filed a similar suit. Algal blooms tied to warming waters have led to closures of the crab fishery in recent years, and the plaintiffs are seeking compensation from the fossil fuel industry for the associated losses. 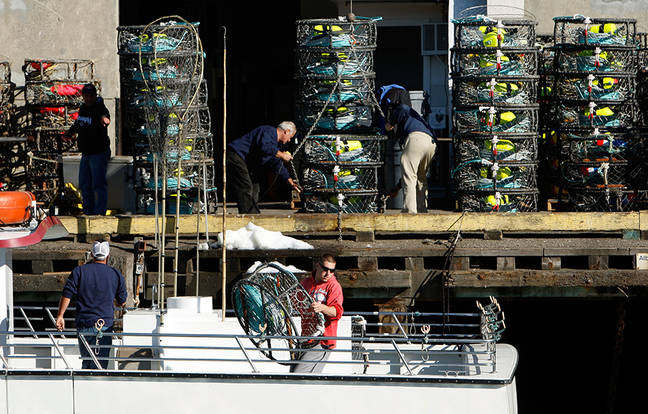 SAN FRANCISCO – NOVEMBER 30: Crew members aboard the fishing boat “Outer Limits” load crab pots onto their boat November 30, 2007 at Pier 45 in San Francisco, California. After a two-week delay to the opening of Dungeness crab season following the 58,000 gallon oil spill in the San Francisco Bay, California governor Arnold Schwarzenegger announced on Thursday that fishing can resume in the bay and beyond the Golden Gate Bridge after testing of fish and crabs came back clean. Crab fisherman will wait another day before heading out to drop their pots because of a small craft wind advisory and swells expected to top 9 feet. (Photo by Justin Sullivan/Getty Images)

Parenteau said it may be harder for energy companies to dismiss the case as a political stunt, a tack they’ve taken against the lawsuits filed by local governments.

“The ‘industry versus industry’ does put another spin on it,” Parenteau said. “This is real cold dollars and sense.”

The only substantive rulings have been dismissals of cases brought by San Francisco and Oakland—whose cases were joined—and New York City. The judges, both in federal district courts, wrote that it was ultimately up to Congress to regulate emissions, and that climate change, as a global issue, would be better addressed by diplomats and the Executive Branch than U.S. courts. The cities have appealed the rulings, and those appeals are some of the cases to watch this year.

Despite limited success so far, these liability lawsuits may continue to spread. At the annual international climate negotiations in Poland, the foreign minister of Vanuatu—a small island nation at risk of losing much of its territory to rising seas—said his country is forming a coalition to explore legal action against fossil fuel companies and governments that have supported them.

“It’ll be interesting to see whether anybody brings climate claims in any of the lawsuits that will arise from the California wildfires or any of the multiple hurricanes we’ve been having every year,” he said. “There might be claims that a company or a government agency should have anticipated these extreme events in designing or constructing buildings or other infrastructure.”

The lawsuits filed against fossil fuel companies target one of the world’s most powerful and lucrative industries. But a separate class of cases is seeking something much broader: They’re arguing that governments have a legal obligation to protect their citizens from climate change.

A group of nearly 900 Dutch citizens and a nonprofit were among the first to make the claim, arguing that their government was failing to meet its own goals for emissions cuts and violating their rights in the process. In October, a Dutch appeals court upheld a lower court ruling ordering the government to cut emissions 25 percent below 1990 levels by 2020. The government said it will appeal the most recent decision, even as it works to meet the emissions goal.

In the U.S., a group of children and young adults who are suing the federal government were poised to go to trial in October in a similar case. The plaintiffs are trying to establish a Constitutional right to a stable climate and are seeking a court order that the government come up with a plan to phase out fossil fuels. Simply holding a trial would be a major victory for the children, but the Supreme Court put the trial on hold less than two weeks before the scheduled opening arguments. The case is now in the hands of appeals court judges with the Ninth Circuit, who will decide whether to allow a trial.

“This is the blockbuster for the U.S.,” said Melissa Scanlan, director of the New Economy Law Center at Vermont Law School. “It’s the first case in the U.S. that would recognize that there’s a protected Constitutional right to a climate capable of supporting human life. We never thought we needed that before.” 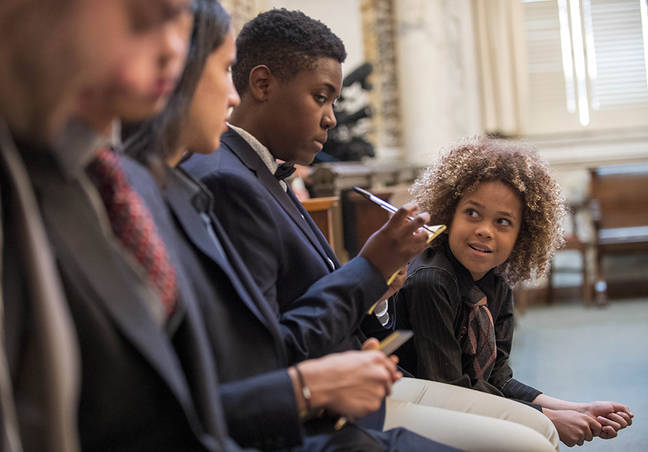 Youth plaintiffs in the landmark Juliana v. U.S. climate change lawsuit sit in the 9th Circuit Court of Appeals in San Francisco. The court was holding a hearing on a motion by the Trump administration to stop the lawsuit from proceeding to trial. The case involves 21 young people suing the federal government over their constitutional right to a stable climate. They hope to force the Trump administration to institute a science based climate recovery program. (Robin Loznak)

Similar cases have been filed in a few state courts, too. All face long odds.

“There are very, very few judges that would be willing to push these climate issues in court,” Parenteau said. “But all roads lead to the Supreme Court, and that’s where it would die. There’s no chance.”

In Colombia, however, a nonprofit won a court order in April directing the government to develop a plan for protecting the nation’s Amazon forest, which saw deforestation rates rise in recent years and, along with areas in neighboring countries, is one of the planet’s largest stores of carbon.

Human rights cases are pending in Norway, Canada, Belgium and other countries. In the Philippines, the nation’s Commission on Human Rights concluded an investigation into whether fossil fuel companies played a role in violating the rights of the country’s citizens by knowingly contributing to climate change. The Commission will issue a report this year.

In October, New York Attorney General Barbara Underwood capped a three-year investigation into ExxonMobil by suing the company in state court, accusing it of misrepresented the financial risks that climate change poses to its business. It may be legal to lie to the public, the case effectively argues, but not to shareholders.

The lawsuit was a significant development because, unlike most of the local and state claims, it relies on a state law that gives prosecutors great powers to go after companies for financial fraud. A New York judge set a trial date for October 2019.

It wasn’t the first case to charge Exxon with securities fraud,. In 2016, a shareholder filed a class action suit against the company in a Texas federal court, saying corporate officers had made false and misleading statements about how the company was assessing climate risks, artificially inflating the company’s stock price. That lawsuit cleared a hurdle in August when a federal judge denied a motion by Exxon to dismiss the case.

As cities, states and citizens press the courts to address climate change with novel legal arguments, dozens of more conventional lawsuits continue to churn too, challenging oil pipelines and coal facilities for their greenhouse gas emissions and the Trump administration as it rolls back the nation’s climate regulations.

Gerrard noted that it is these traditional legal challenges that, so far, have had a greater effect on the nation’s greenhouse gas emissions. Rules limiting methane emissions by the oil and gas industry, for example, remain in place for the time being despite efforts by the Trump administration to repeal them.

Legal experts say the unconventional cases, whether cities suing oil companies, children suing the government or a state suing Exxon for fraud, may face skepticism from judges, and it’s far too early to say what effect they will have.

“Lots is happening, lots of boom and bang,” Parenteau said. “But the carbon keeps going up and up. There you have it.”