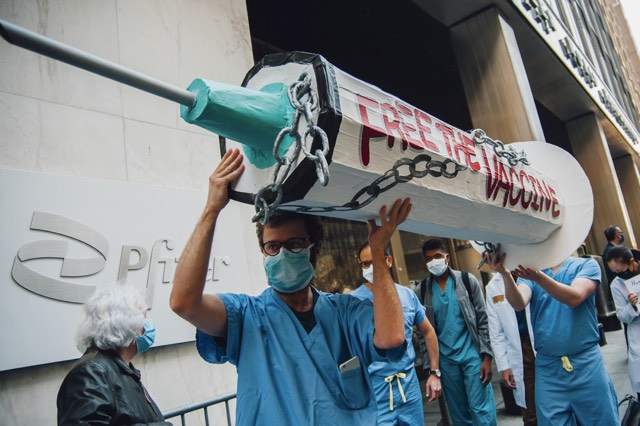 A Temporary TRIPS Waiver Is Not Enough

And US voters know it.

Large majority of US voters support waiving all patents on life-saving medicines and compelling Moderna to share its technology.

A new poll finds that 59% percent of US voters support waiving all patent protections to produce generic versions of life-saving medicines for critical diseases, from Covid-19 and HIV/AIDS, to heart disease and diabetes. Only 28% disagreed.

The survey carried out by Data for Progress and the Progressive International, shows a super majority of 71% registered Democrats support the removal of all patent barriers to allow for the cheaper production of life-saving medicines. Even registered Republicans support the action with 47% in favor compared to 39% opposed. 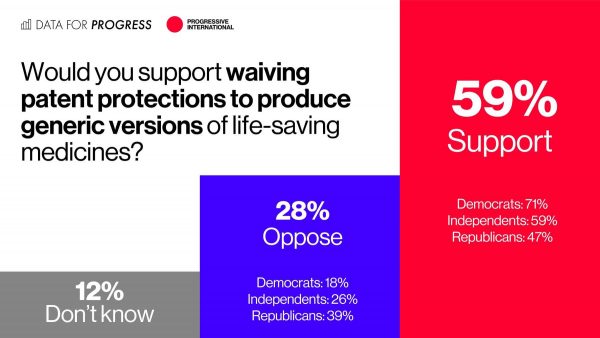 Since October, over 100 countries have been pushing for the World Trade Organization (WTO) to issue a temporary waiver on the TRIPS agreement so as to allow for the generic production of Covid19 vaccines and medications. On Wednesday, the Biden administration announced its intention to support some version of the waiver, changing course amidst a global surge of Covid-19 cases.

But a temporary TRIPS waiver is not enough — and US voters know it. The new poll shows that a majority of US voters support a more radical transformation of the pharmaceutical patent system and an immediate technology transfer from the US to the rest of the world.

“A temporary waiver is only a temporary solution to a permanent crisis in the global health system,” said David Adler, the general coordinator of the Progressive International. “While a temporary waiver would go a long way in bringing the world out of the current pandemic it will do nothing to deal with other existing and future health emergencies. The demand for a TRIPS suspension must precede a demand for a total transformation of the pharmaceutical patent system.”

The US government has played both architect and enforcer of the intellectual property regime, threatening sanctions against countries like Brazil, Thailand, and South Africa for daring to promote the generic production of life-saving medicines that could have massive impacts on their populations.

“The US, more than any other country, has an obligation to dismantle the pharmaceutical patent system so that our health systems deliver for people not for pharma profit,” said Adler.

The poll also reveals that a majority of US voters want President Joe Biden to compel pharmaceutical company Moderna to share its vaccine technology with manufacturers around the world so as to increase vaccine production and end the global vaccine shortage. The Moderna vaccine is tax-payer funded, as is the UK funded AstraZeneca vaccine. 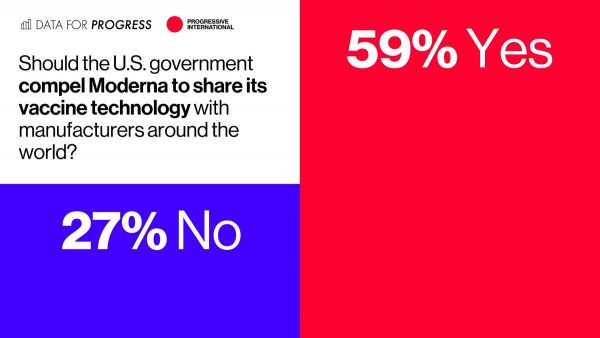 “The new findings reflect a growing frustration with the primacy of profit in the public health system,” said Dr. Mamka Anyona, a scholar of global health governance, member of the Progressive International Secretariat and global health advisor to a range of international organizations. “The pharmaceutical industry may claim that rolling back patent protections will hinder future drug production, but it is governments that have had to intervene to catalyze vaccine production — and the public that has shouldered the risks.”