NEW YORK, NY – The Disability Rights Advocates (DRA), on behalf of a coalition of several organizations and individuals, filed a lawsuit against the city for violating the New York City Human Rights Law by not offering desperately needed elevators in 75% of subway stations. Members of Rise and Resist, Center for Independence of the Disabled New York, the People’s MTA and other allies held a rally in support, outside of the New York State Supreme Court on 60 Centre Street at 9AM. Oral arguments scheduled to start at 10AM with several plaintiffs and supporters on hand to witness this historic case. 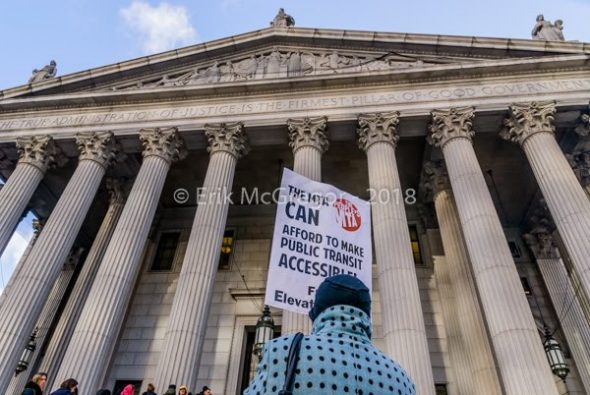 The MTA wants to dismiss our case against them that would require them to install new elevators. Judge Shlomo Hagler set a time for all the parties to appear and argue why or why not the case should be dismissed. 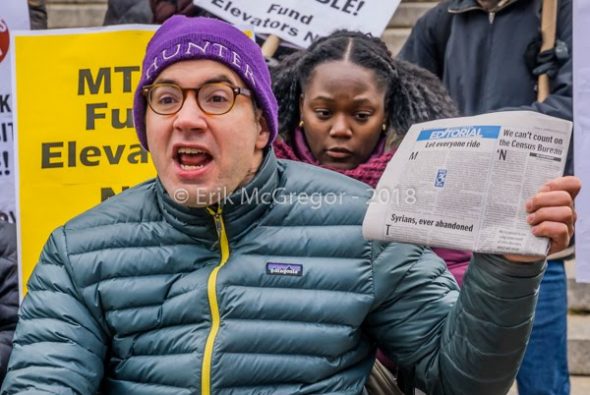 The plaintiffs understand elevator access as a universal need. Sasha Blair-Goldensohn, one of the plaintiffs, explains, “This court case is critical for the future of our city, not just for people with disabilities but for everyone – people on crutches or casts, seniors, families with strollers and workers with carts.”d 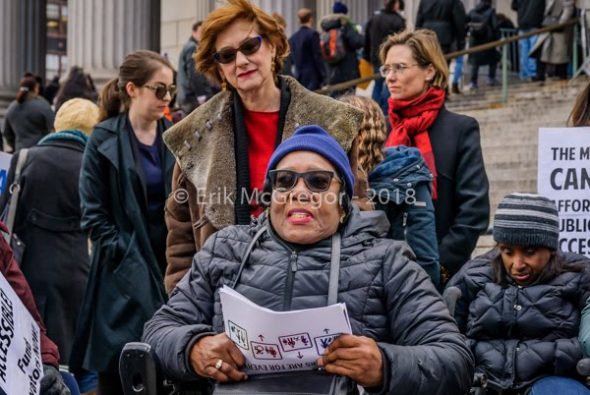 Jennifer Van Dyck a leader in the Elevator Action Group within Rise and Resist argues that the current system is financially foolhardy, “They have been spending half a billion dollars a year on the unpopular Access-A-Ride and Paratransit van rides, a discriminatory, second class form of transit to which they have become beholden as a result of the lack of accessible subway stations. It’s a clear example of throwing good money after bad.” 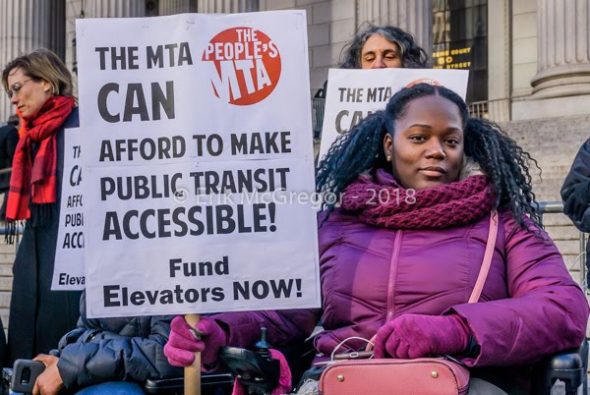 One argument in the case is a familiar one as Mr. Blair-Goldensohn states, “This is a civil rights issue, and so far the MTA has pursued only separate-but-equal solutions. It’s not going to be simple, but making a truly accessible system will ultimately pay off with a more equal, just and functional transportation infrastructure. 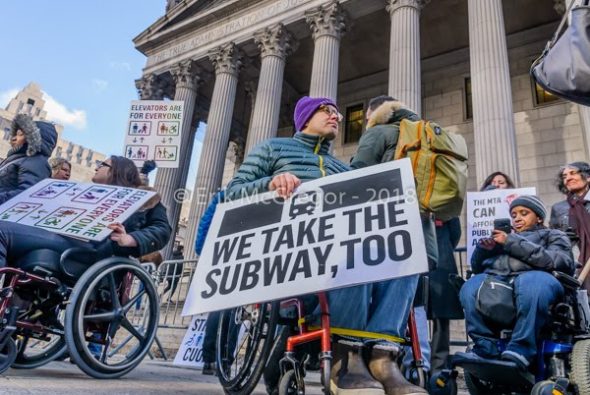