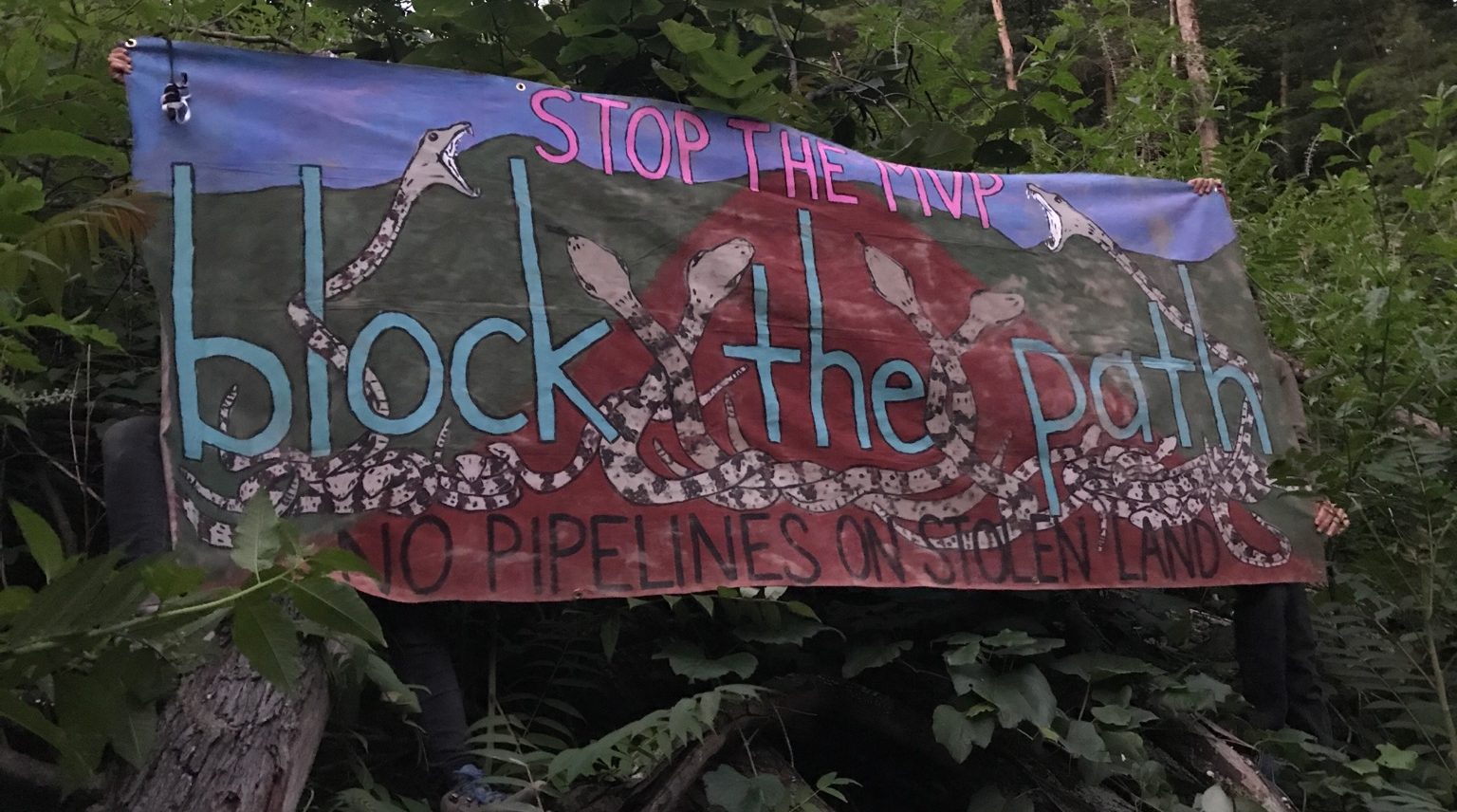 Montgomery County, VA — Yesterday, pipeline fighter Phillip Flagg locked himself in the path of the Mountain Valley Pipeline near Elliston, VA. MVP has been clearing and grading this section of the pipeline’s path in preparation to lay pipe. Phillip laid his body in the easement and locked his body to an underground concrete blockade directly in the path of the pipeline. His action stopped MVP work at the site for 7 hours, preventing the company’s progression towards the nearby Yellow Finch tree sits. Around 5:30 pm, Phillip was extracted from his blockade and arrested. He was charged with misdemeanor obstruction and released on $1,000 bail. 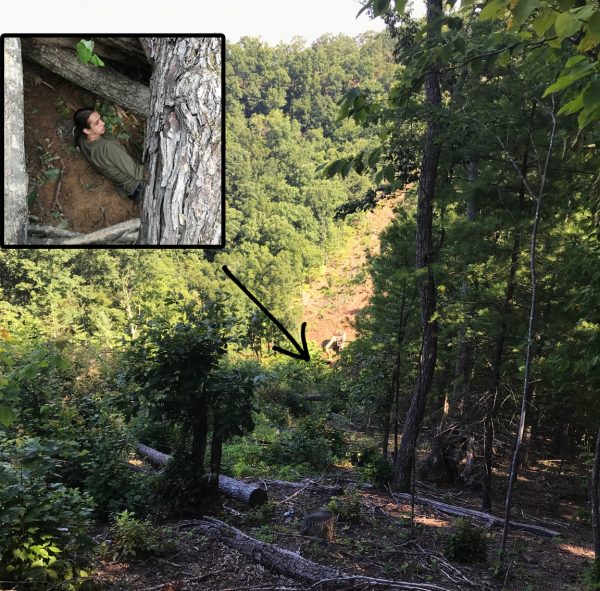 Phillip, who previously spent months living in a tree sit blocking the MVP, stated: “I cherished the time I spent in the tree sit, and I think back on it fondly. But I’m not too proud to admit that the time I spent in the oak simply isn’t enough to stop this pipeline. The forces we are facing will not be dissuaded by any individual effort. Each of us has our piece to contribute — when one person steps up, others will follow.”

A banner near the site of Phillip’s blockade read “STOP THE MVP — BLOCK THE PATH — NO PIPELINES ON STOLEN LAND.” The latter part of this message refers to the fact that Indigenous people inhabited the hills and hollers of this region for thousands of years — including Monocan, Moneton, Cherokee, and other Native peoples — before white settlers arrived (bringing with them genocide and forced relocation). Extraction and fossil fuel infrastructure are a continuation of the legacy of colonization; Appalachians Against Pipelines stands in solidarity with Indigenous-led fights against pipelines, from Unist’ot’en to the fight against Line 3 and beyond.

In the holler adjacent to Phillip’s action, the Yellow Finch tree sits have been blocking the path of the Mountain Valley Pipeline for 313 days and counting. In support of Phillip’s action, one of the anonymous tree sitters stated: “Every day, MVP’s construction work gets close and closer to the Yellow Finch sits, decimating acres of Appalachian forests, mountains, and waterways in its wake. Today and every day, we are putting our bodies on the line to stop it. Now is the time to stand up and fight back against the destruction of the earth. Join us! We’re still here. We won’t back down.”

The Mountain Valley Pipeline is a 42-inch diameter, 303-mile fracked gas pipeline that runs from northern West Virginia to southern Virginia. Earlier this month, a 70-mile extension into North Carolina (which was proposed in 2018) was denied its Section 401 Water Quality Certification by the NC Department of Environmental Quality. The Mountain Valley Pipeline endangers water, ecosystems, and communities along its route, contributes to climate change, increases demand for natural gas (and as a result, fracking), and is entrenched in corrupt political processes.

Resistance to the pipeline has only grown since the pipeline’s proposal in 2014. Grassroots-led pipeline monitoring and a nonviolent direct action campaign are ongoing. On June 17, 2019, builders admitted that the project’s budget has ballooned to $5 billion and that completion date has been delayed by 1.5 years at least.

The pipeline is in a state of uncertainty. MVP currently lacks permission to cross many water bodies and has been forced to explore alternate approaches in crossing through the Jefferson National Forest. The coming months will show whether construction is able to move forward in those areas, and whether investors will continue to believe in the pipeline’s ever-distant goal of completion.