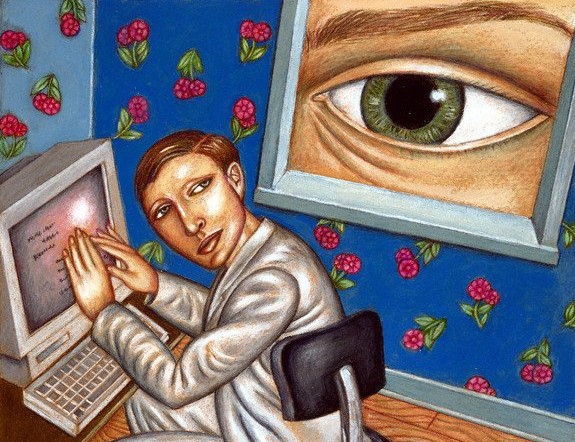 Activists Are Being Watched

Twitter Anarchists! May Day celebrants! You are being watched

Last year I wrote about how a government contractor identified real people and organizations in promotional materials advertising a spying product that promised to help investigators zero in on “anarchist influence” online. That contractor, NTREPID, wasn’t afraid to show off its social media monitoring graphs on the open web. Here’s a screenshot of one of those images, featuring radio program Citizen Radio, PBS and Occupy Oakland in a map that supposedly spells out “anarchist influence” in the United States:

This week Asher Wolf drew my attention to another major player in the social media spying world: Bright Planet. This company, too, doesn’t seem to care about publishing the actual Twitter handles and personal information of people it apparently believes are worthwhile targets of government surveillance, among them anarchists and occupy activists.

Agencies can use Bright Planet to “monitor to track, Geo-locate and alert,” thematerials say, boasting that its “social media monitor” enables real time tracking of 5,000 users, 400 “Red Flag Terms,” and 25 locations at once.

According to the company, the Nassau County Police Department in Long Island identified monitoring house parties and anarchists as two objectives it might use the product to achieve: “Our anarchist groups widely use social media for communication, command and control. There are various groups and individuals that we would like to passively monitor.”

After showing pictures of real people smoking weed and discussing marijuana sales on Twitter, Bright Planet profiles an actual person in some detail, printing the person’s legal name as well as his personal address for all to see. The miniature dossier asserts that the person is “violent,” but provides no evidence for this claim.

Another profile of a real person says that the social media user is “known for unlawful conduct, very active in Occupy Denver,” and then lists the person’s former employment. If that isn’t enough, the company states that the victim of online stalking “is transgender.” Two photographs of her are included on this page.

The bottom line, activists, on May Day and every day: Keep in mind that people are watching you online.