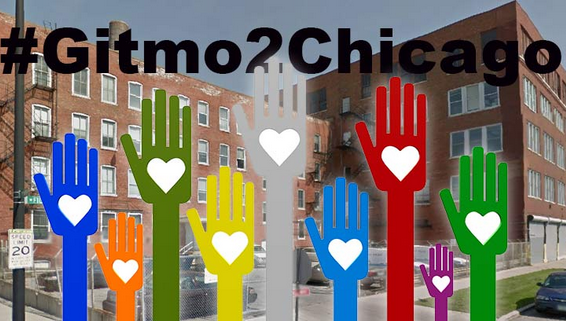 Chicago, IL– The recent revelation about Chicago police detaining American citizens at “black sites,” along the lines of Guantanamo Bay, is sparking fury among a wide range of people, from conservatives who hold dear the constitution, to anarchists, and everyone in between.

The Constitution violating Homan Square is located in a warehouse on Chicago’s west side, and shares more similarities with Abu Ghraib than most American’s should be comfortable with.

According to the Guardian,

Alleged police practices at Homan Square, according to those familiar with the facility who spoke out to the Guardian after its investigation into Chicago police abuse, include:

• Keeping arrestees out of official booking databases.
• Beating by police, resulting in head wounds.
• Shackling for prolonged periods.
• Denying attorneys access to the “secure” facility.
• Holding people without legal counsel for between 12 and 24 hours, including people as young as 15.

At least one man was found unresponsive in a Homan Square “interview room” and later pronounced dead.

It was also recently reported that large numbers of military police officers, who were formerly stationed at the infamous torture prisons, are now getting jobs as local cops, and could be coming to a town near you. The Worcester Police department in Massachusetts is testing a pilot program, in which former Guantanamo prison guards will be given jobs as police.

It was also revealed that former Guantánamo Bay interrogator Richard Zuley was already torturing people as a Chicago detective before he was ever stationed at the military prison. In fact, it was reported that he was one of the most brutal officers in the city during his 25 years with the police department.

As American’s largely sat back and turned a blind eye to the abuses occurring at our torturous military prisons, perhaps they failed to realize that the militarization and torture tactics would be coming home to their front doors. This is what a police state looks like.

Now, a wide range of activists, organizations, and independent media, including PANDAA, Cop Block, The Anti Media, Police the Police, Anonymous, and The Free Thought Project are calling for action to raise awareness of the massive right’s violations occurring on our own soil, and demand the torture center be shut down for good.

Here are some sample tweets and instructions on how to participate in the Twitter Storm.

INSTRUCTIONS:
Copy + Paste these tweets. Do not retweet, the hashtag will not trend.
If you are writing your own tweets, make sure to include the #Gitmo2Chicago hashtag, also try to include @rahmemanuel!
You do not need to post more than once every five minutes, especially to avoid suspension of your account, although having a high volume of tweets all at once is the objective to make the tag trend and bring the issue to more people’s attention.
SAMPLE TWEETS:

Hubbard was found dead in an interview room, no records exist on cause of death. #Gitmo2Chicago

Violations of due process to torture, revelations raise concerns of deteriorating state of freedom #Gitmo2Chicago http://theantimedia.org/nation-reacts-chicago-polices-secret-prison-confirms-fears-ndaa/

The egregious nature of this danger to liberty cannot be overstated.
Demand @rahmemanuel shut it down. #Gitmo2Chicago

Military Police From the Torturous Gitmo Prison, Being Recruited as Cops
http://thefreethoughtproject.com/military-police-guantanamo-bay-prison-jobs-local-cops/ #Gitmo2Chicago

Spread the word, this needs to stop right now.  If you don’t take a stand right now, who will?