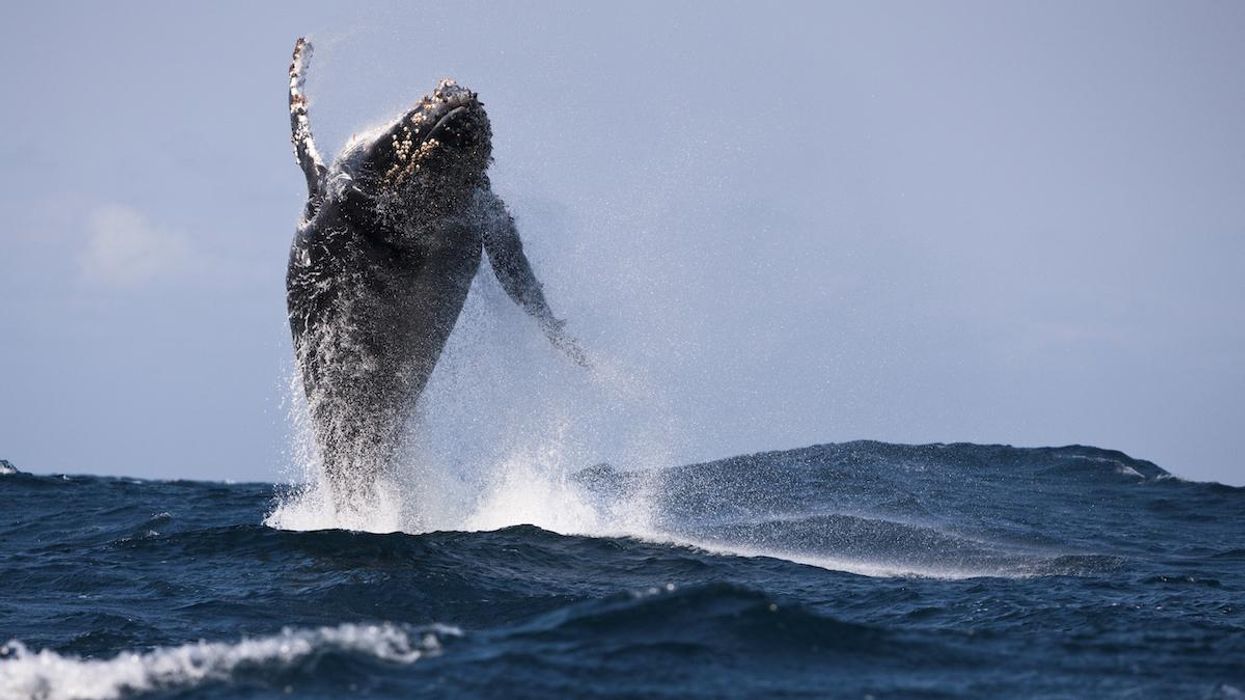 Activists have made a last-minute bid to stop Royal Dutch Shell from exploring for oil and gas in whale breeding grounds off the coast of South Africa.

The fossil-fuel giant had planned to search for oil and gas reserves by setting off underwater explosions along a stretch of South Africa known as the Wild Coast, according to MSN. The explorations were slated to begin December 1. However, four environmental and human rights organizations filed a legal challenge Monday night to stop the blasting, Greenpeace Africa said.

“Shell’s activities threaten to destroy the Wild Coast and the lives of the people living there,” Greenpeace Africa senior climate campaigner Happy Khambule said in a statement about the challenge. “We know that Shell is a climate criminal, destroying people’s lives and the planet for profit.”

⛔ URGENT INTERDICT FILED TO PROTEC THE WILD COAST⛔
“We know that Shell is a climate criminal, destroying people’s lives and the planet for profit.” – @hkhambule >> https://t.co/NxDcO2bF5I#StopShell NOW >> https://t.co/eqqvBLoHd7 pic.twitter.com/Pm5t3Nmme4

The Wild Coast stretches along South Africa’s Eastern Cape from Morgan Bay in the south and Port St Johns, according to MSN. It is rich in biodiversity and an important habitat for marine life.

“To give you an idea about the Wild Coast, where my family come from, it is the most incredibly breathtaking place one could ever dream of,” concerned citizen Tracy Carter told MSN. “The ocean is lush and abundant with sea life in all shapes and sizes.”

The testing was also slated to begin when Southern right and humpback whales are migrating back from South Africa to Antarctica after the breeding period, and the testing could injure or kill the traveling families.

The exploratory plans were first approved in 2014, before the country passed its One Environmental System legislation to coordinate mining and environmental regulations, The Guardian reported.

The environmental groups behind the court case — Border Deep Sea Angling Association, Kei Mouth Ski Boat Club, Natural Justice and Greenpeace Africa — argue that the exploration is illegal because Shell has not applied for the necessary permit under the National Environmental Management Act (NEMA).

They say that the seismic testing would mean that a vessel would fire air guns every 10 seconds for five months. The shock waves would reverberate through three kilometers (approximately 1.9 miles) of water and 40 kilometers (approximately 25 miles) below the seabed into the earth’s crust. This would harm whales, dolphins, sharks, seals, penguins and smaller animals like crabs. It would also have a negative impact on the human communities of eXolobeni, Nqamakwe and Port Saint Johns, who consider the land sacred and rely on eco-tourism and fishing for their livelihoods.

“The needs and rights of these communities, the stewards of our seas, land and biodiversity, far outweigh the selfish interests of companies like Shell,” Cullinan & Associates, the law firm representing the four groups, said, according to The Guardian.

In response, Shell has argued that its actions won’t harm marine life.

“[T]he impacts are well understood and mitigated against when performing seismic surveys. This is supported by decades of scientific research and the establishment of international best practice guidelines,” the company said, as New Frame reported. “There is no indication that seismic surveys are linked to (whale and dolphin) strandings.”

However, more than 375,000 South Africans disagree. They have signed a petition started by the Oceans Not Oil Coalition to ask Minister of Environmental Affairs Barbara Creecy to withdraw approval for the testing. They argue that Shell’s actions don’t just have local impacts.

“At a time when world leaders are making promises and decisions to step away from fossil fuels because climate science has shown we cannot burn our existing reserves (let alone drill for more), offshore oil and gas Operation Phakisa is pushing ever harder to get its hands on a local supply of gas,” the petition reads. “Shell must answer for how the harms done during this survey and any exploration drilling done hereafter are part of its energy transition plan to control global warming.”