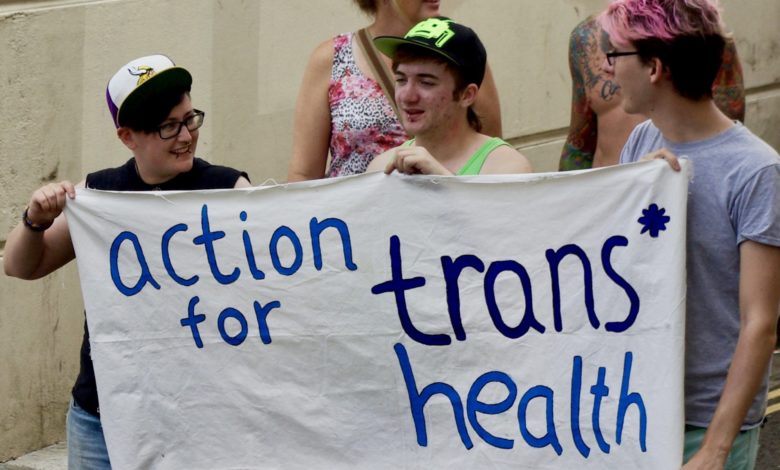 Democrats in Maryland recently withdrew their own bill to expand healthcare coverage for trans people, despite having a majority to pass it, leaving transgender Marylanders feeling betrayed by the party that’s long claimed to champion their rights.

House Bill 746, the Trans Health Equity Act, would have forced Maryland’s Medicaid program to provide coverage for transgender people’s transition-related treatments, including hormone therapy, surgeries, and voice therapy. According to its sponsor, Delegate Anne Kaiser, some 2,000 transgender Marylanders use Medicaid.

The bill easily passed Maryland’s Senate, but just as the House of Delegates’ legislative session was ending in early April, the bill mysteriously disappeared. The expected vote on the House floor never happened, and all evidence of its activity in the House, including hearings held in late March and its approval by the government health committee, has been scrubbed from the Maryland General Assembly website.

Democrats outnumber Republicans 2:1 in both chambers; standing together, they could have easily passed the bill and overridden a veto by Republican Governor Larry Hogan. However, Kaiser told local media that Democrats didn’t think they had the votes to do so and many who represent so-called “purple” districts, split between Democrats and Republicans, were afraid that having a vote for trans rights on their record would hurt their re-election chances.

“It felt like a betrayal,” Erin Reed, a Maryland-based activist who tracks LGBTQ legislation, told Liberation News. “LGBTQ+ people have voted reliably Democratic in Maryland and it felt like we were entirely forgotten by party leadership when they spiked the bill.”

The Maryland situation reveals the deception by Democrats surrounding the federal Equality Act, which passed the U.S. House of Representatives in March 2021 and then stalled in the Senate after anti-trans bigots used hearings to spread hate and fear of trans women. The Senate still hasn’t voted on it, with Democrats claiming to seek votes to override the GOP filibuster blocking most of the Biden administration’s sponsored bills. Democrats could erase the filibuster and pass their agenda.

“We are always told that the reason the Equality Act can’t pass is because our majority is too small, or because Joe Manchin is blocking it. Maryland disenchanted me from that. If they can’t pass it in Maryland, a deep blue state, how will they pass it with even 55 or 60 Democratic senators?” Reed pointed out.

Reed said that throughout the hearings on the bill, it was clear part of the lawmakers’ indifference to its passage was the class of society it would help.

“They absolutely made this out to be a luxury and a cosmetic issue,” she said. “They ignored all health officials that testified and all scientific evidence. Their questions painted trans people wanting coverage, in this case poor trans people wanting healthcare coverage, as people seeking a luxury. That was wrong.”

Trans people are much more likely to be poor, working class, underpaid or unemployed than their cisgender counterparts. A McKinsey report on “Being Transgender at Work” from November 2021 showed trans people face twice the unemployment rate and are paid just 60% of the wages of their cisgender coworkers. The report did not account for race, another important factor, as Black, Latino and Indigenous trans people face even greater oppression, which amplifies these dynamics.

Maryland has successfully resisted attempts to pass the kinds of hateful anti-trans bills that have made headway in Republican-dominated states, but clearly the propaganda campaign equating LGBTQ people and their allies with “child groomers” preying on children has taken its toll. In the three weeks before the end of Maryland’s legislative session, Fox News ran 170 segments demonizing trans people and elevating the GOP’s “groomer” attacks.

But it hasn’t just been right-wing outlets: Several of the supposedly “liberal” major media agencies, including the Washington Post, Los Angeles Times, and New York Times, also published virulently anti-trans “opinion” pieces within days of each other. These posture as “compassionate” warnings about the dangers of trans rights going “too far,” and are in many cases penned by reactionary trans women, just as Cailtyn Jenner has become a Fox News contributor.

Clearly trans people cannot look to the Democrats, a party of the ruling class, to save them: they see us and our supporters as a useful voting bloc, but not as people to whom promises must be kept. We must instead look to members of our own class for allies and comrades and join a movement to free all working and oppressed people from exploitation and hatred, to guarantee a universal right to health care, housing, employment, protection from discrimination, and true social equality.