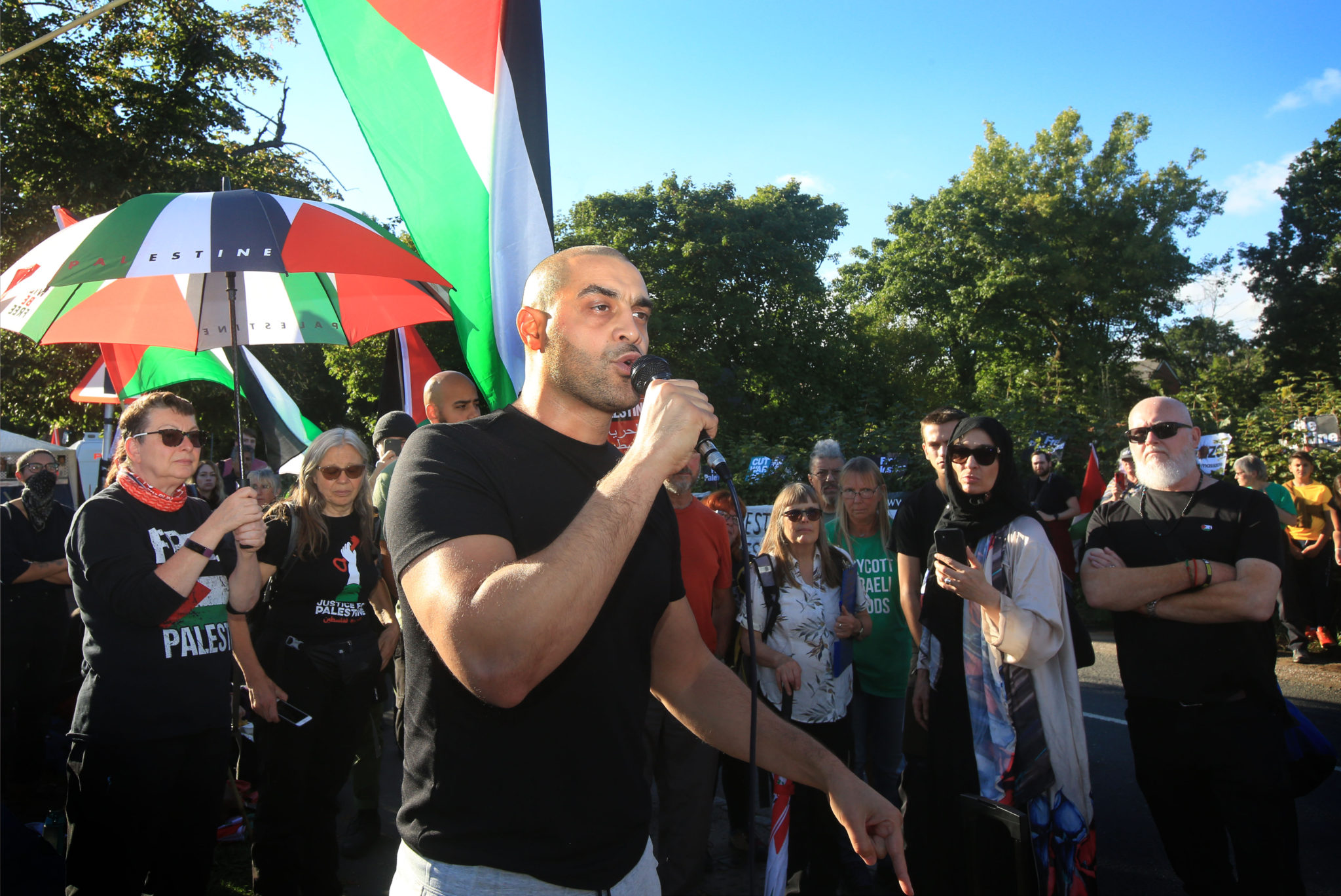 14 activists were arrested during the raid – the stated grounds were “conspiracy to commit criminal damage”, despite no evidence of these claims.

Yesterday, 14 activists were unlawfully arrested after manning the Palestine Action Camp for the past two weeks. The activists were arrested under the pretext of “conspiracy to commit criminal damage”, despite no evidence given for these claims. It would appear the arrests were part of an attempt to remove activists, ahead of an event outside the factory that called for mass mobilisation. During the raid, devices were seized, equipment damaged deliberately and packed up by police, who then cordoned the whole camp off, marking it a “crime scene”. Those arrested were released in the early hours of today.

Although no crime was committed, bail conditions were given that have left activists unable to attend Elbit sites, unable to be in Shenstone, and told they cannot “directly or indirectly encourage any individuals, groups or organisations to cause any damage to property owned, leased, rented and/or occupied by Elbit Systems, its subsidiaries and/or venture partners”.

Despite police attempts to harass and mislead event organisers, Saturday’s event went ahead as planned. It was headed by British-Iraqi rapper and activist Lowkey, who was met by more than 150 people who were there to stand in opposition to Elbit and the repression seen on Saturday.

Chants of “we will stay, they will go” could be heard from all those who attended, making a promise to stay until Elbit has left Shenstone for good. Supporters and other activists have rushed to build camp outside the factory, filling the gap left by the activists’ arrests.

Elbit System’s supply the Israeli occupation’s military with 85% of its military goods, standing as the majority supplier for Israel’s drone fleet, ‘battle-tested’ in Elbit’s own words, on Palestine’s captive population. Such was the case in August, when 49 Palestinians were killed by the Israeli military, many of their deaths a result of drone bombing.

A Palestine Action spokesperson said: “Israel’s largest arms company have done all they can to delay the closure of UAV Engines, employing the help of violent guards and collaborator police. Today’s arrests had no basis, and were done with the clear intention of taking out our activists before the event – yet if they think that’ll stop us, they’re wrong. We began to unmask Elbit’s war crimes two years ago, when we launched Palestine Action – now the cat’s out the bag and the pressure is never going away. Time is up for Elbit Systems and their killer trade.”