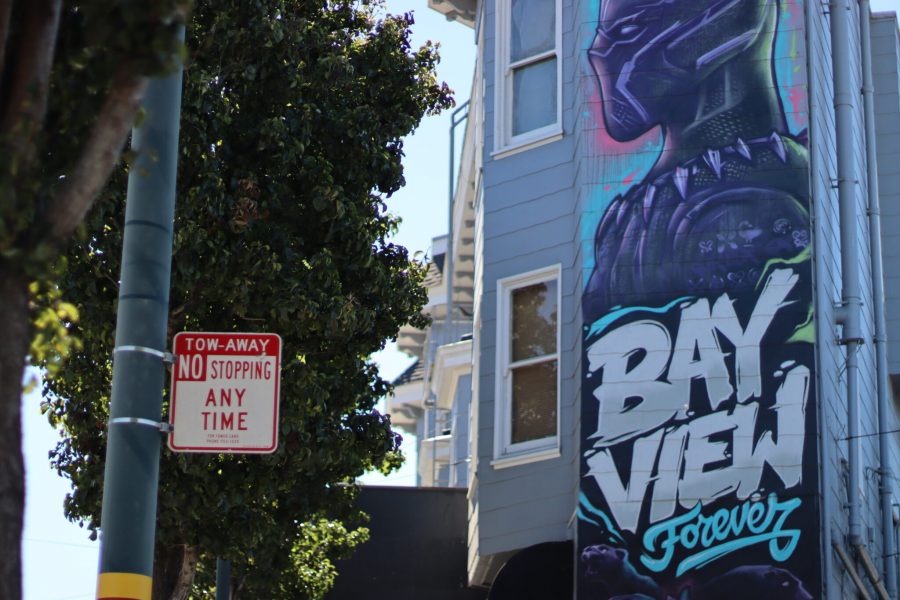 Advocates Have Taken Air Pollution Monitoring Into Their Own Hands

San Francisco – Aliyah Dunn-Salahuddin still remembers riding the bus home from elementary school and smelling fresh-baked pastries and bread from the Parisian Bread Factory near Evans Street. She also remembers how quickly that scent would turn to one of sewage and smoke as the bus pulled closer to her home.

Dunn-Salahuddin grew up two decades ago in Bayview-Hunters Point, a neighborhood in the southeastern corner of San Francisco, jutting into the bay. It’s under four square miles, just 8.5 percent of San Francisco’s land mass.

This relatively small parcel of the city holds a disproportionate concentration of its toxic and polluting sites. For decades, state and local agencies have tried—halfheartedly, advocates say—to monitor and clean up the polluted air in Bayview. These ineffectual efforts have sown deep distrust among the residents for the polluters, and the government.

So, advocates launched their own community-owned air monitoring program in September to do what government agencies haven’t been able to.

“It will put power in the hands of the people,” said Bradley Angel, executive director of Greenaction, the nonprofit that helps run the air monitoring program.

The Marie Harrison Bayview Air Monitoring Project, named after a beloved community activist who died in 2019 of lung disease, consists of 10 air monitors placed in and around Bayview-Hunters Point. The final monitor will be installed next week, Angel said.

The Dylos air monitors are encased in white boxes, which also hold fans and a data chip, and they upload data in real-time to a website where residents can check the air quality and learn about the harmful pollutants they might be exposed to.

Bayview is home to concrete plants, an animal rendering plant, data centers powered by large diesel generators, a wastewater treatment plant that treats over 80 percent of the city’s sewage and dozens of abandoned toxic waste sites. One of them, the Hunters Point Naval Shipyard, is a federally designated Superfund hazardous waste site. Compounding the situation, the neighborhood is also bordered by the San Francisco port and surrounded by two major freeways with heavy diesel truck traffic.

Angel said he hopes the project will hold government agencies and officials accountable for their inaction, since they’re the ones who are supposed to be tracking and responding to the pollution crisis.

“All of these agencies, well, they’re supporting the air monitoring projects we do,” Angel said. But when it comes to perpetuating the environmental burden of pollution in the community, “a lot of them are as guilty as can be.”

The air monitoring project did receive state funding and support from the California Air Resources Board through California Assembly Bill 617, legislation passed in 2017 that charged the air board and local air districts with supporting air quality tracking programs in low-income communities of color across California.

But a lot of these funding efforts have been mired in slow, bureaucratic processes that have resulted in little or no actual regulation, according to a report from the grassroots advocacy group California Environmental Justice Alliance.

The report describes a pattern—replicated across other “fenceline” communities that are adjacent to polluting facilities—that is familiar to Bayview residents. State and local agencies will identify a community as vulnerable to negative health outcomes linked to polluted air, and  may even participate in outreach and engagement events. But these efforts rarely lead to “quantifiable, permanent, and enforceable emissions reductions,” the report says.

California has publicly identified Bayview as a community “disproportionately burdened by multiple sources of pollution” in a 2021 environmental analysis.

The neighborhood is also considered an “overburdened community” by the U.S. Environmental Agency’s definitions, meaning that Bayview residents may experience greater vulnerability to environmental harms and health hazards due to socioeconomic conditions. Bayview is home to over 21 percent of the city’s Black population, according to the latest census data for Bayview’s zip code 94124. Close to 19 percent of residents live below the poverty line, which is double the rate of the city at large.

“The issue is not awareness,” said Raymond Tompkins, a Bayview resident and scientist. It’s not that the city doesn’t know that these polluting facilities exist, Tompkins added, it’s that the city can get away with what he calls “deliberate negligence” because Bayview doesn’t have the political influence other areas do.

“You don’t see this in the Marina District,” Tompkins said, referring to a neighborhood in northern San Francisco known for its affluence and high percentage of white residents. “They need to get some of these polluters out of Bayview and not burden this community with it.”

With the president’s $1.5 trillion infrastructure bill signed into law and his follow-on Build Back Better legislation nearing final votes in Congress, a moment could be fast approaching when the Biden administration will finally have a chance to put up or shut up on environmental justice, activists say.

Representatives from the Bay Area Air Quality Management District said in an interview that the agency takes the concerns of the community seriously and seeks to actively respond to them. For example, the air district has increased the number of air quality patrols in the neighborhood, said Simrun Dhoot, a senior air quality engineer at the air district, and it regularly sends a liaison to the neighborhood’s monthly Environmental Justice Task Force meetings.

The air district has also proposed amendments to its regulatory process that would provide “an additional opportunity for the public to be able to comment on all of the projects that might be impactful in their community,” Dhoot said. Specifically, the rule would require a public comment period any time a company seeks a permit to operate a facility in an overburdened community like Bayview.

Residents say they are still hesitant to trust that this will result in significant, noticeable change. They say that, over the decades, agencies like the air district have allowed Bayview to become the city’s “dumping ground,” despite a growing body of evidence that links polluting facilities with negative health outcomes.

Studies from as early as 1995 have pointed to higher-than-normal rates of cancer among Bayview residents. A 2006 survey from the city’s own public health department found that 86 percent of babies born in Bayview developed severe asthma before they started kindergarten, and the neighborhood itself sees the highest rates of asthma hospitalizations in the city.

Living near a hazardous waste or Superfund site like the Hunters Point Naval Shipyard, located at the neighborhood’s waterfront, is also linked to lower life expectancy, according to a 2021 study in Nature Communications. Lower-income, minority communities experience a disproportionate shortening of their lifespan, said Hanadi Rifai, the study’s lead author and a civil and environmental engineering professor at the University of Houston.

The community-based air monitoring program is a good first step, but it’s got several challenges ahead, Angel and other local activists say. The first is turning the data into “something that could influence policy, and actually reduce emissions and harmful development,” said Anthony Khalil, a community organizer who helped launch the project.

But even if more robust policy does result from the project, there’s no easy path to heal the relationship between Bayview and the government agencies that residents hoped would protect their health.

“It won’t get rid of the past,” Khalil added. “We have to live with that pain for our whole lives.”