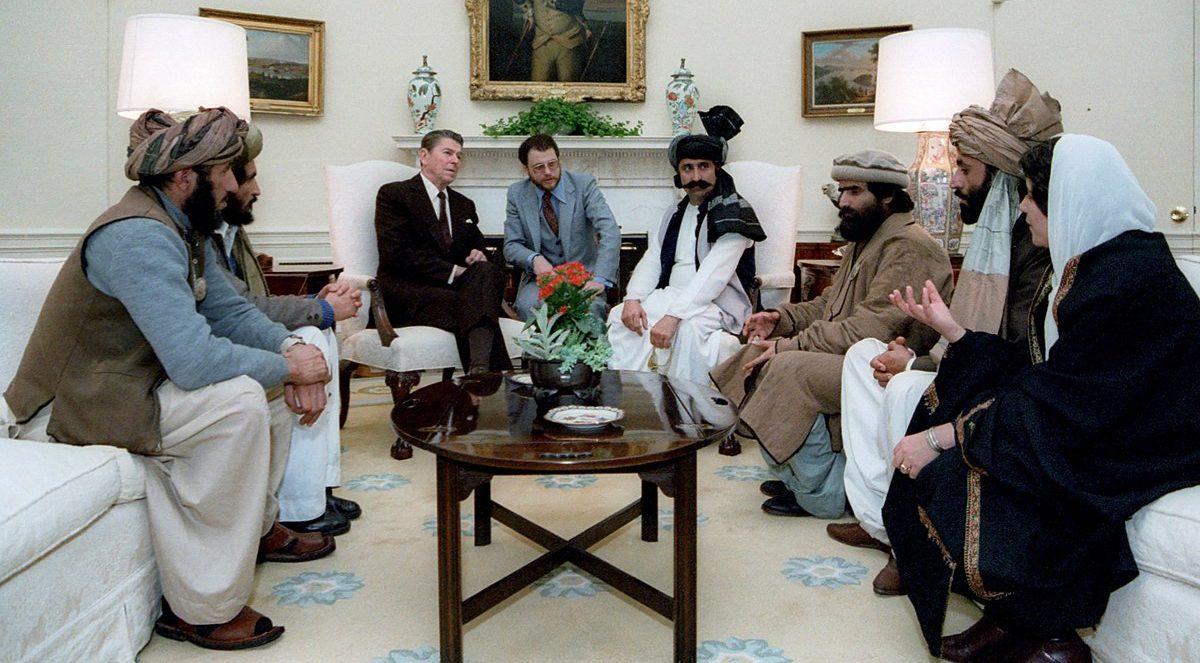 Western media ignores the CIA’s role in the rise of the Taliban.

Since Monday, the international media has focused on one story that has managed to knock Covid from the headlines; the capture of the Afghan capital Kabul by Taliban forces and the subsequent exile of President Ashraf Ghani to the UAE, following a US-Taliban authored withdrawal agreement due to be fully implemented by the end of August when the last remaining US Forces are scheduled to leave the war-torn nation.

Over the past week, emotive images of desperate Afghans clinging to departing US warplanes in a bid to escape the incoming theocratic rule of the Islamic Emirate of Afghanistan have filled television screens worldwide, and there has been much debate in the Western media about women’s rights under the new regime, the increase in refugees that the situation looks set to create, and the competency of the Biden administration in handling the withdrawal.

There has also been much debate by the Western corporate media as to whether the US-led invasion of Afghanistan following the 2001 9/11 terrorist attacks, which led to the toppling of the then-Taliban leadership of the country, turned out to be an ultimately fruitless endeavour , with there being little to no evidence produced in the past 20 years to link the Taliban, or indeed any Afghans, to the attacks – a welcome critique of US Imperialism by the Western media, though one that has noticeably stopped short of addressing the CIA and MI6’s role in ultimately allowing the Taliban to come to power in the first place.

In 1979, at the height of the Cold War, both East and West were locked in a battle to prevent their opposing ideologies of Communism and Free Market Capitalism from taking hold in their respective spheres of influence; with Afghanistan, a previously Western-friendly nation, having come under the control of the Moscow-aligned PDPA (People’s Democratic Party of Afghanistan) following the 1978 Saur revolution, a plan was quickly the then-US administration of Jimmy Carter, alongside Margaret Thatcher’s Tory government in Britain, to enact regime change in the newly established Socialist state.

Operation Cyclone would see both the CIA and MI6 arming, funding and training Islamist militants, including those adhering to the ultraconservative Saudi Arabia-backed Wahhabi ideology, known as the Mujahideen, in neighbouring Pakistan, with the intention of sending them on to wage a ‘holy war’ on the ‘Godless Communists’ of Afghanistan as well as their Soviet allies who had intervened at the request of Kabul in a bid to shore up their client state’s Left-wing government.

From 1979 until the Soviet withdrawal in 1989, the CIA would provide annual funding in upwards of hundreds of millions of dollars to their Mujahideen proxies – a steady increase since the election of Ronald Reagan in 1981, who would infamously invite Mujahideen leaders to the Oval Office in 1985, in a similar move to Margaret Thatcher’s ‘Hearts of the free world’ speech to the group on the Pakistan/Afghanistan border in 1981.

The Socialist Government of Afghanistan, severely weakened by the effects of Operation Cyclone and Soviet withdrawal, would remain in place for another three years before being replaced by the religious fundamentalist Islamic State of Afghanistan, which in turn, would be overthrown and replaced by the ultraconservative Taliban movement in 1996 – the leadership of whom had received military and financial support from both the United States and Britain during the 70s and 1980s as part of Operation Cyclone.

Five years on from that, the effects of Operation Cyclone would come to blowback on the United States, when the Wahhabi Al-Qaeda network, established by former Mujahideen fighter Osama Bin Laden, would crash three commercial airliners into the World Trade Centre and Pentagon – resulting in 3,000 American deaths, the subsequent US-led invasion of Afghanistan, and 42 years on, Operation Cyclone ultimately coming full circle with the Taliban’s re-assuming of power in Afghanistan.

Gavin O’Reilly is an Irish Republican activist from Dublin, Ireland, with a strong interest in the effects of British and US Imperialism. He was a writer for the American Herald Tribune from January 2018 up until their seizure by the FBI in April of this year. His work has also appeared on The Duran, Al-Masdar and MintPress News.