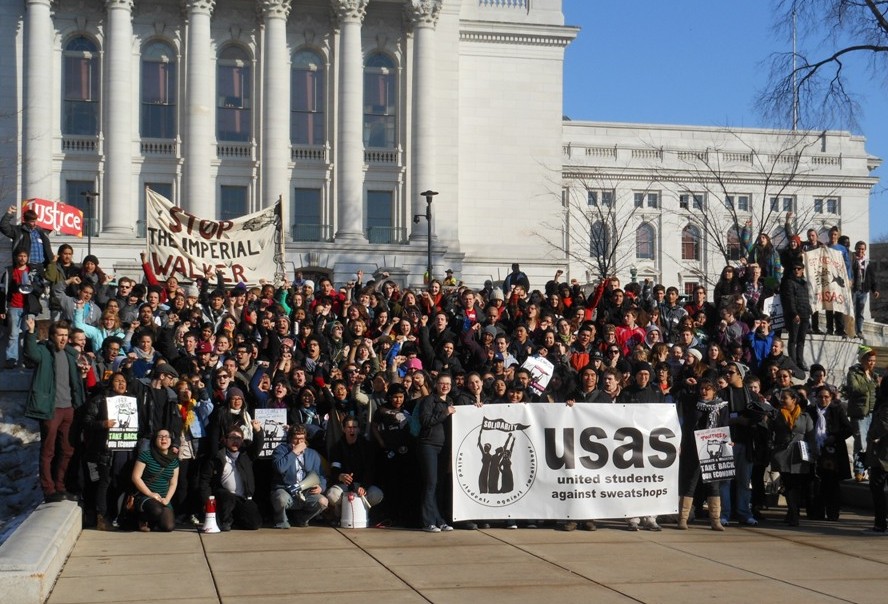 As part of its efforts to rejuvenate the labor movement and reach more young people, the AFL-CIO is entering a formal partnership with a national student activist group, marking the first in what’s expected to be a series of new non-union affiliations for the nation’s largest labor federation.

The new partnership with United Students Against Sweatshops (USAS) comes on the heels of the AFL-CIO’s quadrennial convention earlier this month, during which members voted in favor of broadening the AFL-CIO’s tent and allying with progressive groups that aren’t necessarily labor unions. Officials with the two groups said they plan to join forces on collegiate campaigns aimed at improving working conditions in the U.S. and overseas.

The two groups have worked together on labor issues before, and officials from both camps described the formal affiliation as a natural one.

“As universities become a bigger part of the economy, having a partnership with the premier student labor group can only be helpful for workers abroad and in the U.S.,” said Christian Sweeney, deputy director of the AFL-CIO’s organizing department.

Founded in 1997, USAS has been an effective thorn in the side of major apparel makers and the colleges that partner with them on athletics. The group persuaded nearly a hundred colleges to drop or suspend their licensing agreements with Russell Athletics over the shuttering of a Honduran factory, ultimately forcing the company to agree to rehire workers there in 2009. A year later, pressure from the group helped persuade Nike to pay $1.5 million in severance to workers in Honduras.

But USAS has also waged labor campaigns much closer to home, making it an attractive ally for the AFL-CIO. The group has supported campus workers as well as graduate students in their unionization efforts, and it’s also launched campus protestsbacking striking workers.

USAS has local affiliates on 150 college campuses, so partnering with the group could help the AFL-CIO bring its name and mission to college students who’ve given little thought to the labor movement in an era of dwindling union density.

For its own part, USAS will not be granted voting powers in the AFL-CIO structure, but its campaigns will probably receive some financial backing and resources from the labor federation.

“It’s a pretty natural and obvious partnership,” said Lingran Kong, a member of USAS’ coordinating committee and a student at the University of Wisconsin-Madison. “USAS works for justice causes, and the way we achieve those is putting student and worker power into practice. We’ve been working with the AFL-CIO for many years now. We get along splendidly.”

AFL-CIO President Richard Trumka told HuffPost last month that the federation would be partnering with non-union progressive groups like the NAACP and the National Council of La Raza in an effort to “open up the labor movement.” The percentage of workers belonging to a union has fallen to 6.6 percent of the private sector, a new historical low, leading to plenty of soul-searching among union leadership.

“We have to change the way we’re doing business in a significant way to get out of the crisis we find ourselves in,” Trumka said. “But this crisis also offers us ample and tremendous opportunity.”