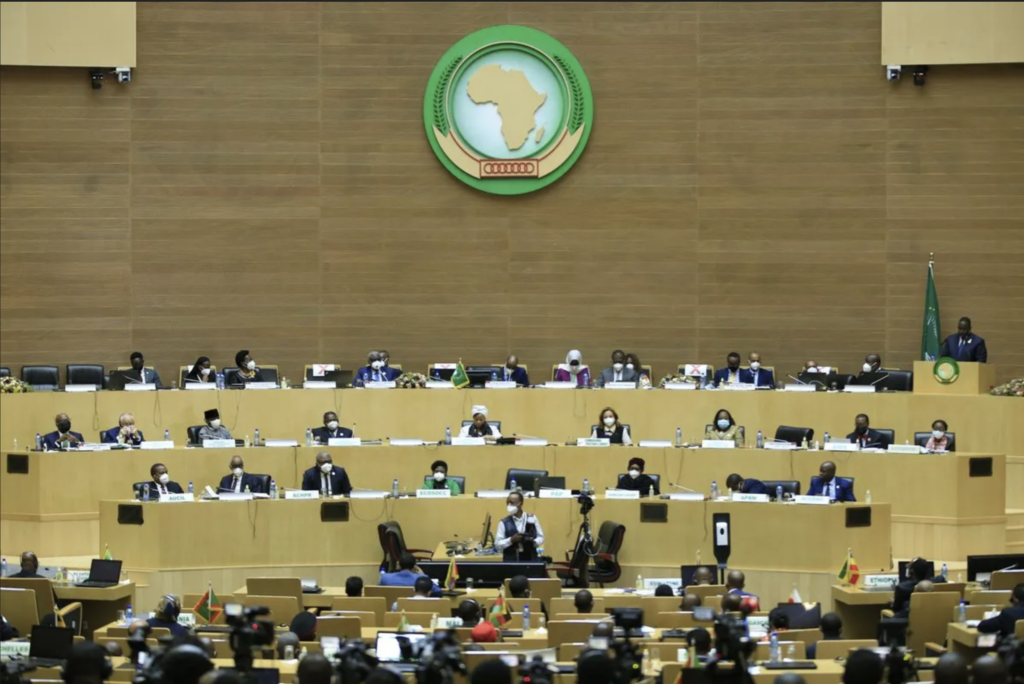 Africa Must Not Abandon Palestine By Granting Israel Observer Status

The current split in the African Union (AU) over Israel’s Observer membership status is emblematic of a larger conflict that could potentially split the African continent’s largest political institutions.

Africa is currently facing one of its most crucial decisions regarding Palestine and Israel. The repercussions of this decision could be as significant as the 1975 Resolution 77 (XII) by the Organization of African Unity – the precursor to the African Union – which recognized Zionism, Israel’s founding ideology, as a form of racism. This time around, however, it is Palestine, not Israel, that stands to lose.

Israel’s attempt to gain observer status at the AU began years ago. For many years, most African countries have severed all ties with Israel in solidarity with Palestine and other Arab countries. The African boycott, which began in earnest in 1973, faltered soon after the Palestinian leadership itself signed a series of agreements with Israel, starting with the Oslo Accords of 1993. Seeing Palestinians and other Arab countries ‘doing business’ with Israel, some African countries felt that their solidarity was no longer serving a particular purpose, thus the revival of diplomatic ties with Tel Aviv.

Since then, Israel has worked diligently to strengthen its presence in Africa. Currently, Israel is recognized by 46 of the 55 members of the AU. Additionally, it operates 17 embassies and 12 consulates throughout the continent. Some of Israel’s latest diplomatic victories include ties with Chad in 2019, Morocco and Sudan in 2020, all being Muslim-majority countries.

Israel’s successes in mind, there is little evidence to suggest that the Palestinian Authority has ever mounted a substantial and coordinated counter-campaign in Africa to win back the support of a region that served as the backbone of international solidarity with the Palestinian people for many years. This solidarity is exemplified in countless statements by African leaders in the past, such as that of Tanzanian national liberation leader, Mwalimu Julius Nyerere, who said, “We have never hesitated in our support for the right of the people of Palestine to have their own land.” This notion was reiterated by numerous African leaders on countless occasions over the years.

Africa’s solidarity with Palestine was itself predicated on Palestinian and Arab solidarity with Africa. Historically, Palestinians saw their liberation struggle within the same context of many African nations’ own liberation struggles against Western colonialism. This explains the wording of the above-mentioned Resolution 77 (XII), which equated between “the racist regime in occupied Palestine and the racist regimes in Zimbabwe and South Africa” as they are all grounded in the same  “common imperialist origin … (and are) organically linked in their policy aimed at repression of the dignity and integrity of the human being.”

Much of this has changed in recent years, not only on the part of many African nations, but on the part of the Palestinians as well. A renewed ‘scramble for Africa’, championed by the US and other Western countries, and also Russia, China and Israel, is forcing many in the continent to pursue ‘pragmatic’ thinking, abandoning the old discourse of liberation and decolonization in favor of grandiose language of supposed technological innovation and self-serving emphasis on fighting terrorism.

With Israel posing as a “rising superpower”, many African countries are lining up, purchasing Israeli unmanned drones, digital monitoring and Surveillance Technology.

However, the Palestinian leadership, too, has changed. With continued ‘security coordination’ between the Palestinian Authority and Israel, Palestinians are sending confusing messages to their former allies in Africa and everywhere else. “Based on your stated historical positions and your support for the Palestinian right … we call for the withdrawal and objection of Israel’s observer status at the African Union,” PA Prime Minister, Mohammed Shtayyeh, told the AU Summit on February 5. In fact, it is these contradictions that emboldened the likes of Moussa Faki Mahamat who, as the Chairman of the AU Commission, decided to take it upon himself to grant Israel the Observer status last July.

African countries that opposed Faki’s decision argued, during the AU Summit in February, that the decision was unlawful and that it did not reflect the collective wishes of African states. Faki recounted that such a view reflects the ‘double standards’ of these countries. “Is the said State – referring to Israel – (acceptable) at the national level, while it cannot be (accepted) at the African level? Frankly, I would like someone to explain this kind of double standard to me,” Faki said on February 7.

In truth, Faki had his own reasons to grant Israel the coveted status. The AU Commission Chairperson was Chad’s Foreign Minister until 2017. Though Chad did not declare its diplomatic ties with Israel until 2019, the north Central African country’s top diplomat must have played a significant role in paving the way for the N’Djamena-Tel Aviv official connection.

Faki may have calculated that Israel’s diplomatic triumph in his and other African countries in recent years has meant that Africa is ready to unconditionally embrace Israel, and that decades of Africa-Palestine mutual solidarity will not factor in the least in the AU decision. The February Summit, however, has proven otherwise, namely that Africa has not yet succumbed to Western-Israeli pressures and that Palestine continues to command a strong political constituency on the continent, despite the many shortcomings of the Palestinian leadership.

The solid support that Palestine enjoys among an influential block at the AU, in addition to the popular support the Palestinian cause continues to receive throughout Africa, indicates that, despite the mistakes of the past, Palestine remains a central issue on the continent. However, in order for Israel not to crown its diplomatic triumphs in Africa with an AU Observer status, Palestinians and their supporters must move quickly to formulate a counter-strategy. They ought to work hand in hand with African governments that reject the Israeli membership and to mobilize the numerous civil society organizations throughout the continent in order to send a strong, collective message to Israel that it is not welcome in Africa. A region that has paid, and continues to pay, a heavy price for colonialism, neo-colonialism and apartheid has no need to ‘do businesses’ with another colonial apartheid regime.